By Associated Press and Alastair Talbot For Dailymail.Com

Florida quarterback recruit Jaden Rashada requested a release from his national letter of intent on Tuesday evening after a $13million name, image and likeness deal fell through, according to reports.

An anonymous source told The Associated Press that Rashada’s future had been in doubt since he failed to enroll at Florida last week, sending signals that something was amiss.

The 19-year-old flipped his commitment from Miami to Florida in mid-November and formally signed with the Gators on December 21. But his arrival in Gainesville was contingent on a four-year, $13million NIL deal he signed with the Gator Collective, according to the anonymous source.

Jaden Rashada, 19, was set to enroll at Florida if a $13million NIL deal had been agreed upon 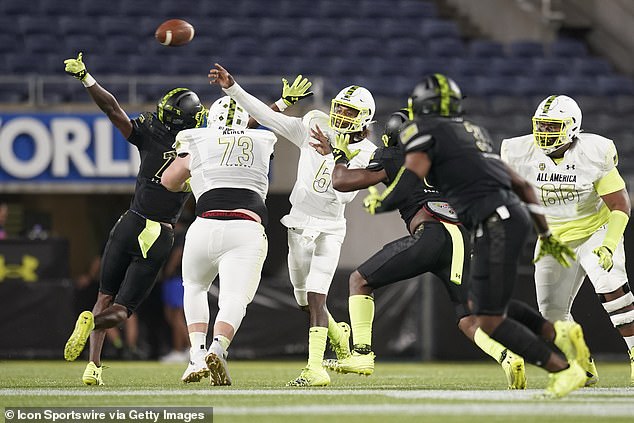 The Gator Collective is an independent fundraising arm that disburses money to student-athletes in all sports. The financial backing fell through, however — the Gator Collective terminated the binding agreement — and left Florida coach Billy Napier to scramble to try to get Rashada to campus.

It was a messy situation to say the least, one that could have long-term ramifications for Napier and the Gators. Rashada’s representatives still could file a lawsuit against the Gator Collective and maybe the athletic department.

Rashada, a California high school star, returned home to the San Francisco suburb of Pittsburg instead of enrolling. The six-foot-four, 185-pounder completed 60.1 percent of his passes last season for 5,275 yards, 59 touchdowns and 18 interceptions.

A five-star prospect by 247Sports and ranked No. 2 at his position by ESPN, Rashada had picked Miami over Florida in June. He changed his mind amid the Hurricanes’ disappointing season. 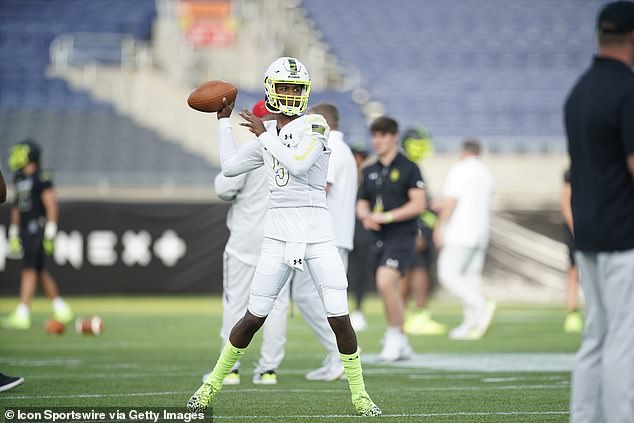 The Gators badly needed help at the all-important QB position. They lost Anthony Richardson to the NFL draft and dismissed backup Jalen Kitna following his arrest on child pornography charges.

Florida has since signed Wisconsin transfer Graham Mertz to compete for the starting job alongside Jack Miller.