When Angie Ceberano secured her public relations job aged 20 she considered it a dream opportunity, but she was gradually overwhelmed by an intense workload that left her fighting for life.

The sister-in-law of singer Kate Ceberano was appointed as the ‘national publicity manager’ for a major record company at a young age and was determined to give her all.

She would spring out of bed at 4am to run an ‘intense’ schedule of lining up media interviews, managing promo tours, negotiating brand deals and preparing photo shoots.

Her days were jam packed, regularly  working 15 to 20 hours per day – going to bed after midnight and waking at dawn.

She considered that  a ‘normal’ routine until the inevitable burnout hit – she was left hospitalised with a ‘bad case’ of pneumonia.

‘My lungs were full of fluid. I was lucky I was young and able to recover… If I was older, the doctor said I wouldn’t have survived,’ the Melbourne-based founder of Flourish PR told Daily Mail Australia.

‘My lung specialist said that pneumonia can be known as “the entrepreneurial disease”. People who run their own business, or those who function off little sleep or those who are over-worked can be very susceptible to pneumonia as you have a weakened immune system.

‘It was a good wake up call but also a hard one to take because I love working… but I now understand that looking after yourself and resting is also part of the work.’ 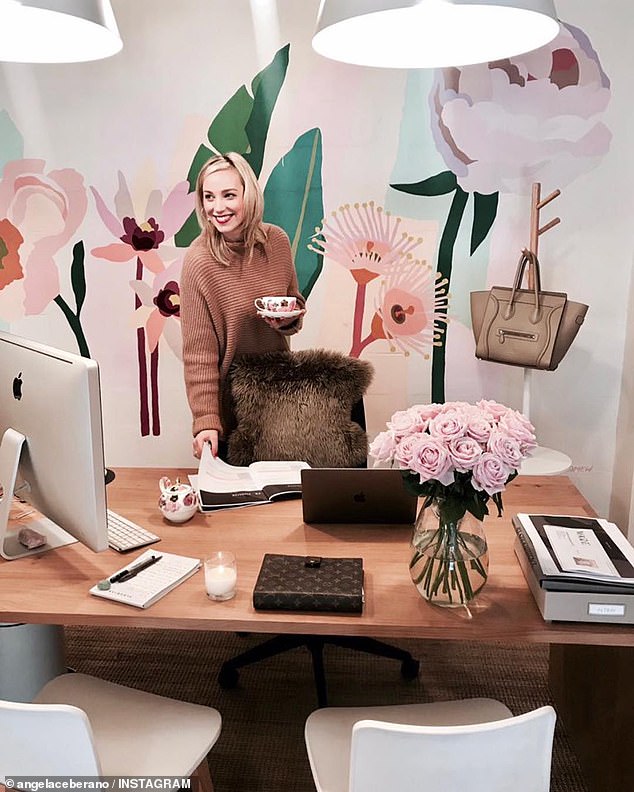 Her days were jam packed, working between 15 to 20 hours a day – and she would go to sleep anywhere between midnight and 1.30am every night

Pneumonia is a common and potentially fatal lung infection that should not be underestimated. It can be caused by viruses, bacteria or fungi

Pneumonia results when air sacs in the lungs fill with secretions and fluids that obstruct normal air flow. There are many types of pneumonia, one of the most common and life threatening types is Pneumococcal Pneumonia

Just weeks before she woke up in hospital, Angela said she started experiencing flu-like symptoms but tried to power through her sickness.

‘I had it for a few weeks but I pushed through with cold and flu tablets as we were so busy at the time,’ Angela told Daily Mail Australia.

‘Then one night, my body just started shutting down. My temperature was ridiculously high and it was really hard to breathe.

‘I was hallucinating and unable to move from my bed to the bathroom. We had a doctor come to the house in the middle of the night who wasn’t very helpful. By the next morning, I wasn’t in a good place. I couldn’t move or talk.’

The PR director was rushed to hospital where she recovered for ‘what felt like an eternity’.

‘I always knew what was happening. I was in and out of it but I was aware. It was really scary. I had never been to hospital before. I was pretty shocked that this was happening to me,’ she said.

‘I had a really bad case of pneumonia. My doctor and specialist were incredible but they were also really strict and serious with me. They wouldn’t let me leave hospital for what felt like an eternity – it was only a week.

‘But then I was put on bed rest for weeks after. It took me about six months to recovery fully. The doctors just kept reminding me of how lucky I was to have come in when I did.’ 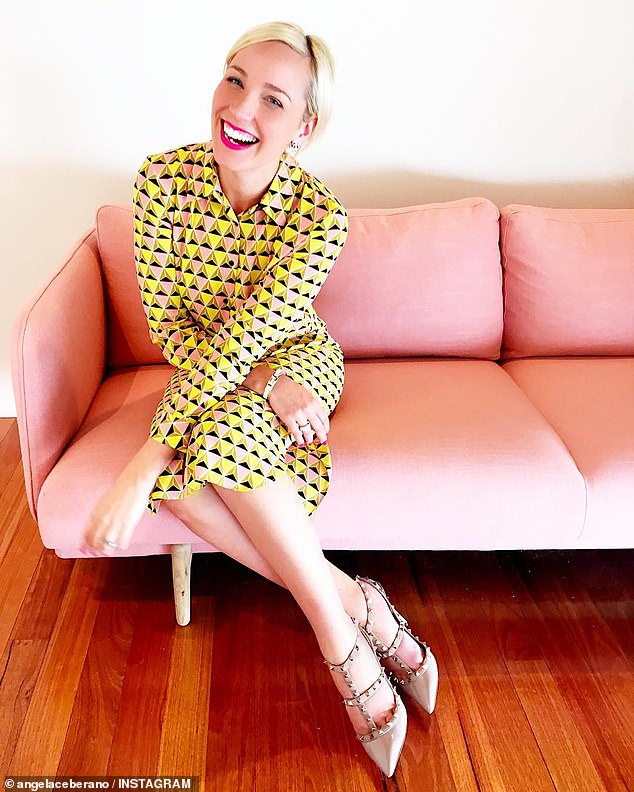 Just weeks before she woke up in hospital, Angela said she started experiencing flu-like symptoms but decided to power through her sickness 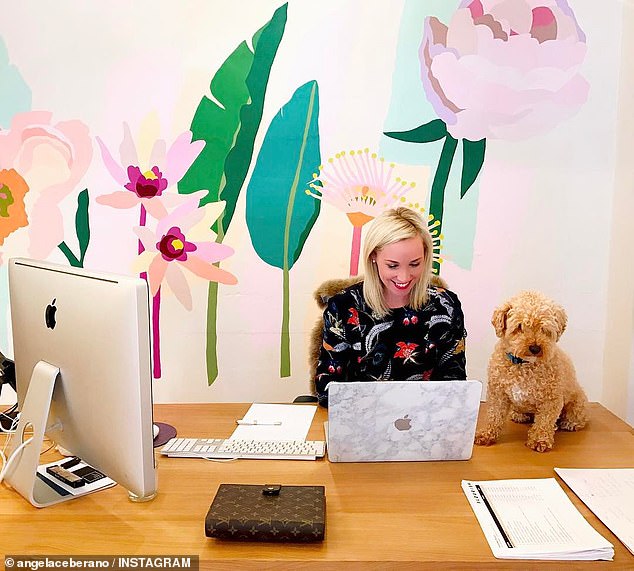 How many hours sleep does each age group need each night?

The career-driven woman said she has been working in the PR industry since the age of 15.

‘As a trained PR professional, you become glued to your phone 24/7,’ she said.

‘I feel lost and uncomfortable without my phone. With the work we do with media, we need to work fast.

‘If a media opportunity comes up, you absolutely must lock that opportunity in ASAP for your client or the opportunity for coverage will be missed. That’s the reality. The news cycle waits for no one. How many hours on my phone? The answer is too many. I am with my phone 24/7.

‘I have only just in the last 12 months started training myself to not wake up, on the hour, every hour during the night to check my emails.

‘I love my work so there wasn’t a work and life balance… it was just life. I loved it. I would spring out of bed at 4 or 5am. It’s important to note that I chose to work and live that way and those hours. I didn’t know any other way at the time.

‘I didn’t know the consequences back then.’ 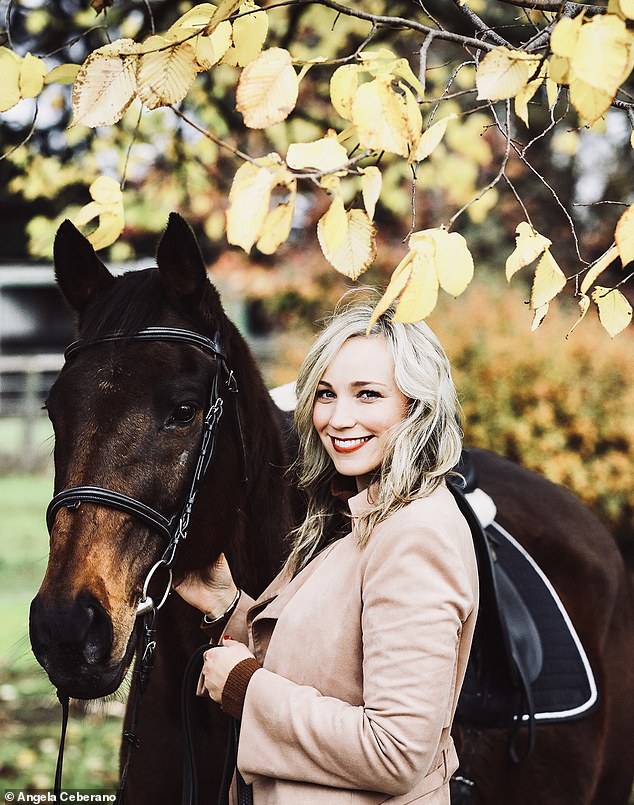 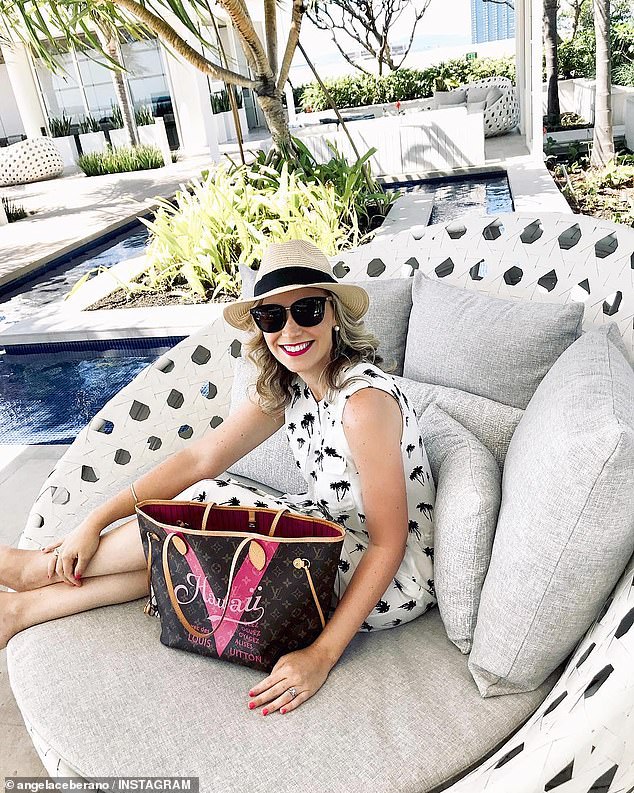 By the age of 28, Angela launched her own communications agency called Flourish, where she continued to work gruelling hours in a fast paced environment

What are Angela’s six signs of a burnout?

In my experience, these are the signs I now look out for:

By the age of 28, Angela launched her own communications agency called Flourish, where she continued to work gruelling hours in a fast paced environment.

Her daily schedule would begin at 4am – and her business was ‘event driven’ so it was ‘normal’ for her to leave an event and then head back into the office to do payroll at midnight. She would be in bed by 1.30am.

‘My days are jam packed. I don’t like to waste time. People that are trained from a young age in celebrity PR are great at using every single minute of every day,’ she said.

And just two years ago, Angela noticed ‘alarming’ signs before she was hospitalised at the age of 35.

‘I started to become socially detached. I felt very stuck. It’s not that I was depressed, but my body was slowing down. It took me a long time to focus on things,’ she said.

‘Something that would take me 20 minutes would take an hour. I felt like someone had stolen my mojo and it was a very scary experience. Then the insecurity set in.

‘I also, almost always had a stomach ache and my whole body ached constantly. I also started losing perspective. This was a very strange and scary place. It’s really important to note that I really love what I do.’ 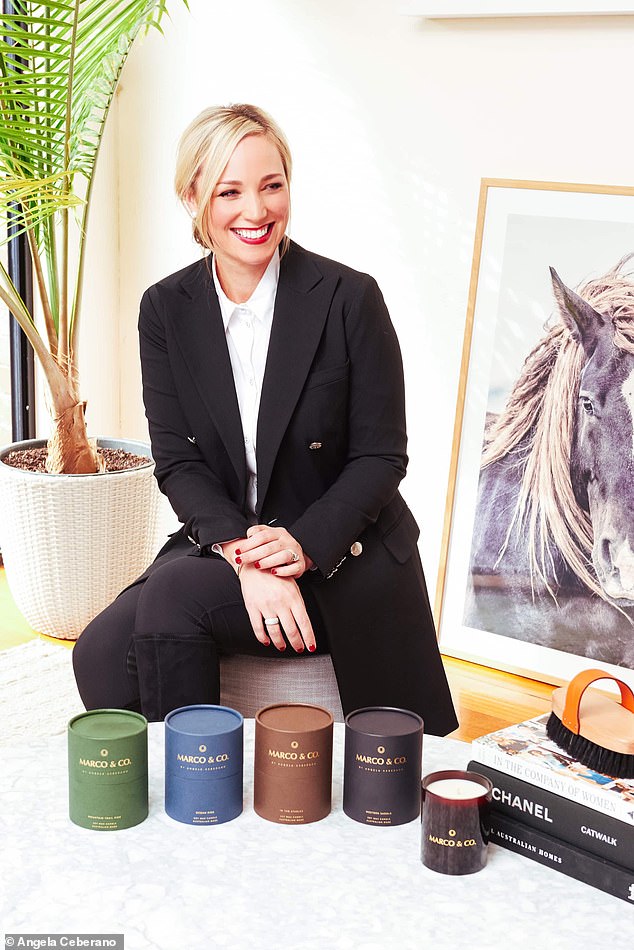 Angela said she found the strength to get back on her feet after finding a ‘hobby’.

‘For me, the hobby I discovered later in life – after my health scare – was horse riding. I now own two beautiful horses,’ she said, adding that her first horse Marco inspired her to start a wellness and candle company called Marco & Co.

‘I would have found a hobby that got me away from my office a lot sooner. Work always felt like a hobby to me, I love working.

‘But I know now that you really do have to step away from it and have a break. In doing so, you feel energised, rested and more creative.’

For me, the hobby I discovered later in life – after my health scare – was horse riding

By sharing her story, the businesswoman said she wanted to remind people to ‘learn to relax’.

‘It won’t seem important at the time but it’s important to learn how to switch the mind off and allow your body to rest even if you love the work you are doing. Your body actually needs it,’ she said.

‘It’s important to talk about burn out and the importance of rest. The world is getting more hectic, more busy. We have seen mental health issues increase dramatically over the last decade.

‘I want to inspire other busy individuals to find a hobby that allows them to play outside the office. An active business life requires an active wellness routine.

‘I think the road to wellness comes from the balance of fulfilling work, blended with activities that you love and that invigorate you.’