Flytippers turned a whole car park into a rubbish dump forcing the local council a £50,000 bill to clear it up.

Seven businesses are being investigated after refuse teams spent a week removing rubbish, including rubble, glass and asbestos, dumped at a car park in Walthamstow, east London.

Waltham Forest Council worked through the night to clear the trash, at a cost of £50,000.

But while refuse teams in the capital are battling to clear an ongoing fly-tipping crisis, two men were caught dumping hazardous material in a field near Oxford, when their van got stuck in the mud.

Flytippers turned this car park in Walthamstow into a rubbish dump, leaving the local council with a £50,000 clean-up bill 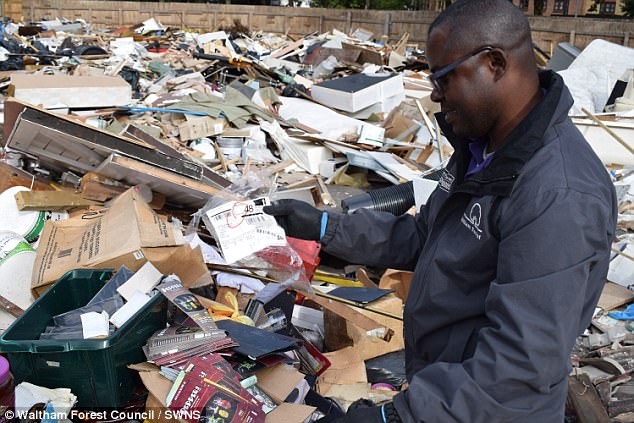 Among the mounds of rubbish, Waltham Forest Council found rubble, glass and abestos. Pictured, a refuse worker sifts through the trash

Waltham Forest Council are furious at the mess dumped in the car park and have vowed to dish out hefty fines to those responsible.

Councillor Clyde Loakes fumed: ‘If you run a business, you have to know how your trade waste is going to be disposed. It’s as simple as that.

‘It’s no good cutting corners to try and save a few quid – we will investigate and if we find your details, you will receive a heavy fine and we will publicly name and shame you.’

The council service store team have now gathered evidence to identify who the fly-tippers were, after menus, leaflets and kitchen waste were found among the litter.

Businesses that have cut corners disposing of their trade waste will face substantial fines.

The car park is privately owned by the London and Quadrant Group, who called the council to help and will be responsible for clear-up costs. 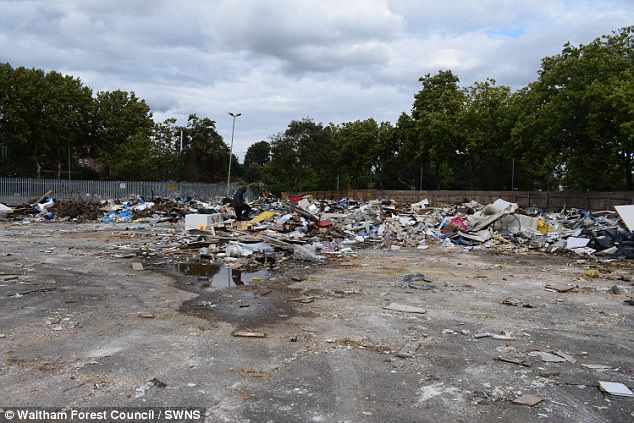 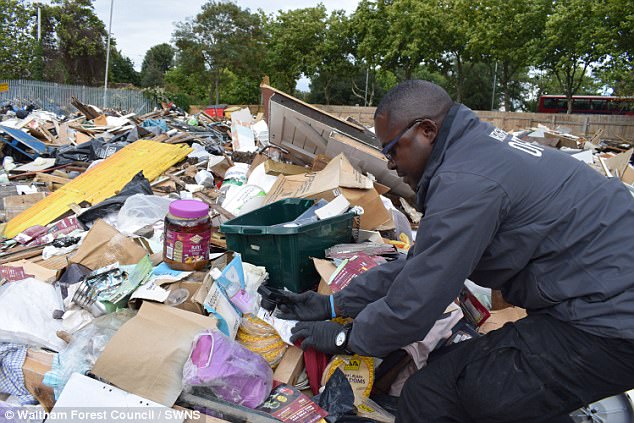 The council has gathered evidence to identify who the enviro-criminals were, after menus, leaflets and kitchen waste were found among the litter. Pictured, a council refuse worker sifts through the mounds of trash

However, it is not just the capital that is facing a fly-tipping problem – Britain is in the midst of a flytipping crisis with almost a million incidents last year.

More recently, Paul Dean Smith was among those caught selfishly leaving waste, after he was seen throwing rubbish in a field near Oxford.

Smith, who was with a friend at the time, was spotted by a member of the public who called the police.

When officers arrived, the pair claimed they had stopped there to eat lunch.

They explained that once the vehicle had got stuck, they decided to throw waste from it to make it easier to push free. 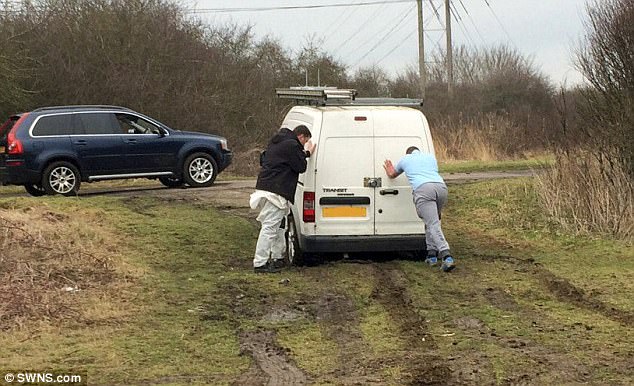 Dean Paul Smith was caught fly tipping in a field near Oxford, when the van he was travelling in got stuck in the mud (pictured) 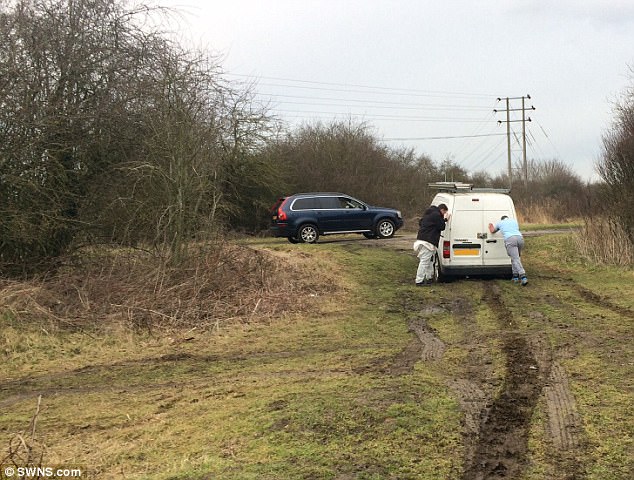 Smith and his friend, the driver of the van, were caught by police after they were spotted by a member of the public (pictured)

Police officers asked the men to clear up their rubbish but asbestos was left behind.

Smith, who was the passenger in the van, was given a fixed penalty notice of £400.

He failed to pay and was taken to court, where he was fined a further £270 for dumping the waste and £100 for failing to inform the council who the van’s driver was.

He was also ordered to pay a £30 victim surcharge and £500 prosecution costs.

‘It costs thousands in public money to clean up and investigate, and is potentially dangerous, especially if, like in this case, it is hazardous waste such as asbestos.’