A popular young foodie has revealed where to buy $2 Korean ciders and other imported alcohol and snacks.

Vanessa Tran recently showed off the offering at Gan Bei in Sydney’s inner-city suburb of, Zetland, and was very impressed by the huge range held by the inner-city store.

The young woman stood smiling happily for the camera with a drink in each hand while asking people to ‘tag the person you’d get drunk with’.

Vanessa Tran recently showed off the offering at Gan Bei in Sydney’s inner-city suburb of, Zetland, and was very impressed by the huge range held by the inner-city store

‘I think I have found Asian snack heaven,’ Vanessa claimed in the video.

She showed off the huge array of snack and soju, which is an alcohol most commonly enjoyed in Korea.

‘They have lots of snacks to go along with your drinks,’ she said before showing a barrel of rice snacks and some ‘fancy’ chutneys on camera.

And her fans were impressed, especially with the $2 ciders.

‘I just realised this is two minutes from my house, I am heading there right now,’ one person said.

Others appeared familiar with the store. 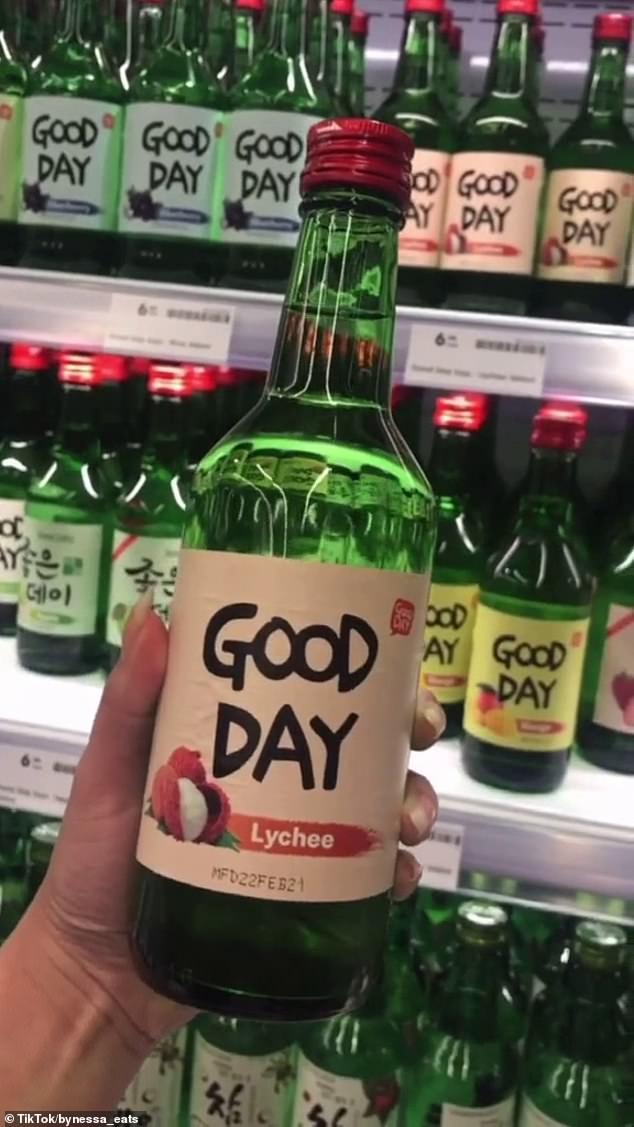 Soju is a clear, colourless distilled alcoholic beverage of Korean origin. It is usually consumed neat, and its alcohol content varies from about 16.8% to 53% alcohol by volume. Most brands of soju are made in South Korea. 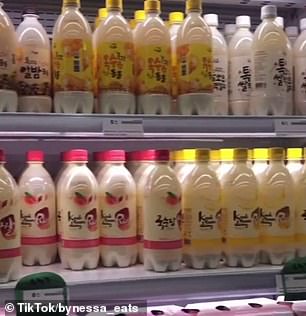 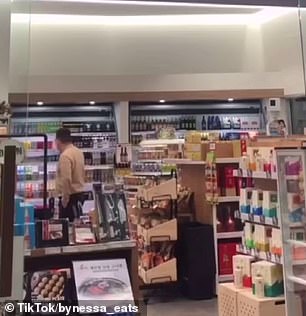 ‘Hell yea, I was there when it opened and my life has not been the same since,’ one man said.

The soju is also a good price, according to Vanessa, who said it is all under $7 per bottle.

‘Most sojus is more than $10 per bottle, so this is really cheap,’ she explained.

The video quickly went viral, with more than 87,000 views.