A home cook has shown off his very inventive ‘mess-free’ omelette in a bag recipe, leaving foodies divided.

The man’s controversial video has been seen more than 6 million times and been liked by 435k people despite people expressing their concern over the meal.

In the video Kyle cracks two eggs into a zip lock bag before adding seasoning, ham and cheese.

A home cook has shown off his very inventive ‘mess-free’ omelette in a bag recipe, leaving foodies divided 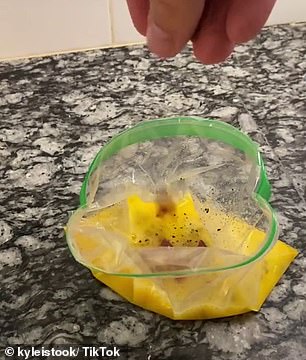 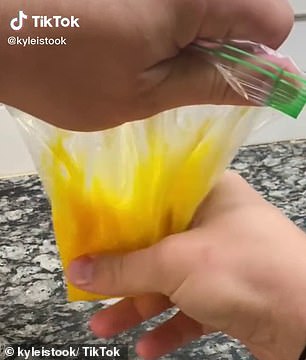 He then seals the bag and mixes the ingredients together by squashing it between his fingers.

The home cook then puts the plastic bag into a pan of boiling water for nine minutes.

He presents the omelette on a plate, chopped in half with a line of tomato sauce on the top.

‘Would you ever try this?’ he asked, posting the video on TikTok as a life hack.

And some were keen to give it a go.

‘My jaw just dropped, this is definitely how I am making eggs from now on.’

Most people agreed making the eggs in a bag appeared more complicated than using a pan or cooking them in the microwave.

‘This actually takes longer than the regular way, I don’t understand why people would do this,’ one man said.

Others were unsure about how safe the meal would be to eat.

‘I just don’t know about boiling plastic,’ one woman said. 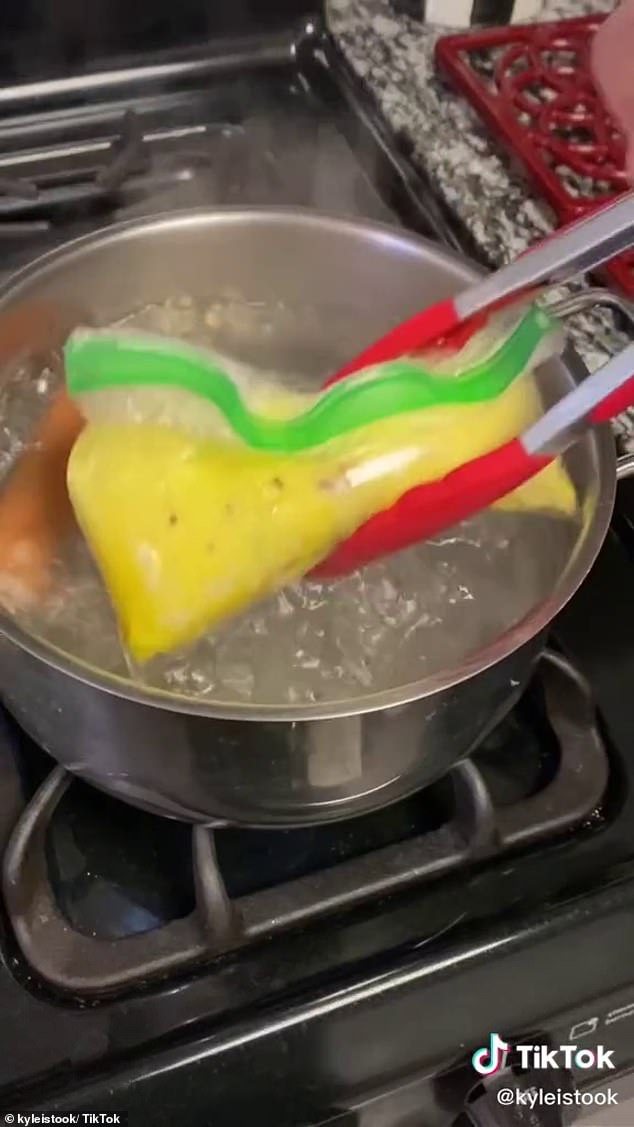 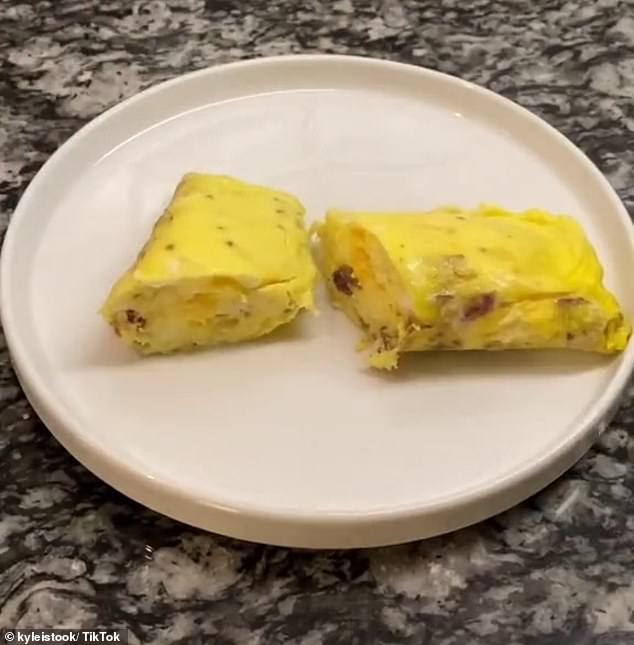 ‘Microplastic is being found in the placenta now, we eat at least a credit card size of plastic each week without realising it,’ said another.

Others said the cooking method was unsustainable.

‘What a waster of plastic, just microwave it,’ one woman said,

Some added their own ‘easy’ omelette methods in the comments.

‘Just mix it in a bowl and microwave it, plastic free baby,’ one woman said.

‘On the stove top this would take less than two minutes,’ said another.