Disturbing footage of a kangaroo being kept in a small cage at a United States petting zoo has sparked a petition to bring the marsupial home.

Video uploaded to Facebook showed the animal caged in Connecticut among what looks to be sawdust cushioning the hard floor.

The kangaroo, which is alone, is seen pacing back and forward in the cage and sticking its nose through the wire. 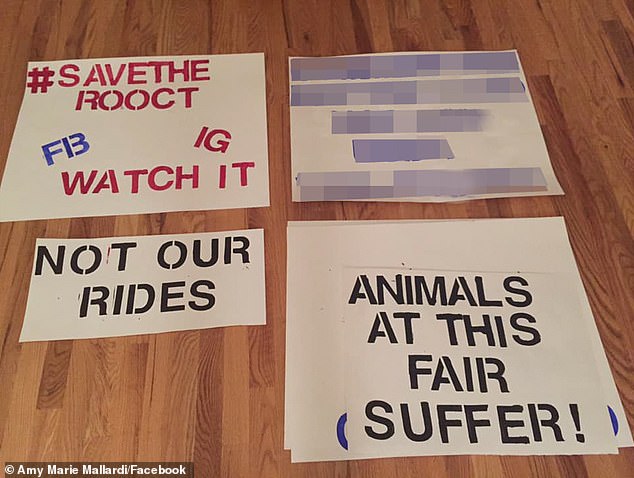 A protest has also been set up under the hash tag, #savetherooCT, and is set to take place outside the petting zoo on Monday (Australian time)

The heartbreaking scene prompted Connecticut woman Danielle Le to start the Change.org petition to get the kangaroo relocated to Australia.

‘The roo is in a small confined space and really should be with other kangaroos in its natural environment,’ Miss Le wrote.

‘I doubt it would be able to survive in the bush/wild now, so hopefully we can get it to a wildlife park or sanctuary in Australia.’

Miss Le said she hoped the petition would at least get the kangaroo moved to a sanctuary in the Unites States – if not back to its native land.

‘If anyone has any further information about how this can proceed (legally), please comment in the relevant field below,’ she wrote.

‘I have contacted two places in Australia to hopefully receive some assistance.’

So far the petition has collected more than 700 of the desired 1000 signatures.

A protest has also been set up under the hash tag, #savetherooCT, and is set to take place outside the petting zoo on Monday (Australian time), The Sydney Morning Herald reported.

‘In September each year, (the petting zoo) has this poor guy outside in a pen for 17 days at an agricultural fair,’ Miss Becker told the publication.

‘We can have extremely cold temperatures at that time of year … I have heard folks claim that the kangaroo often seems drugged – it is usually asleep.’ 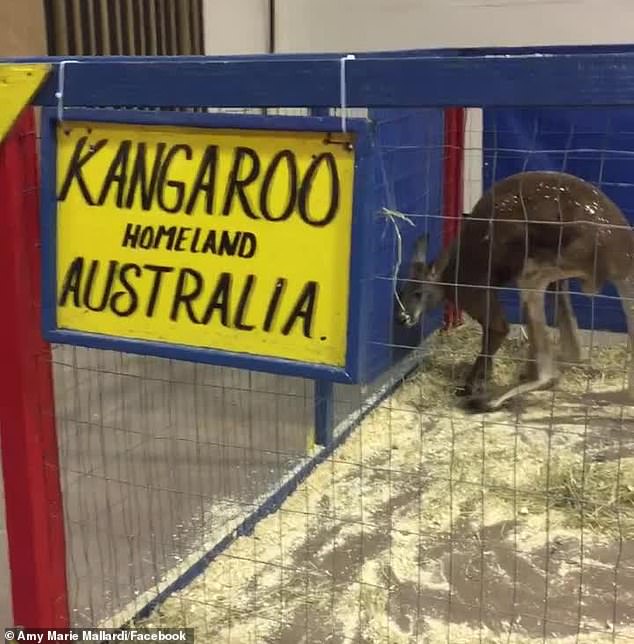 Kangaroos tend to be most active during the dawn and dusk hours before mostly grazing at night and are a natural pack animal, living in mobs.

The story comes only weeks after an Australian woman found a kookaburra caged up and on sale for $1,200 in a US pet shop.

Wendy Davidson – who’s been living in the United States since 2015 – said she heard about the bird and decided to visit the local pet store to see for herself.

‘I was deeply saddened to see one of our native protected species in a small cage alone and so far from home,’ she told Daily Mail Australia.

‘I couldn’t stop thinking about him being a prisoner in solitary confinement.’

Ms Davidson said the pet shop told her the bird had held been at the store for more than four years.

She reached out to zoos both back in Australia and in Virginia, as well as the wildlife trafficking alliance, the Australian Consulate General in New York, and the US Department of Agriculture and Animal Care.

‘Those that did reply basically fobbed me off or claimed that they didn’t have jurisdiction of the issue,’ Ms Davidson said. 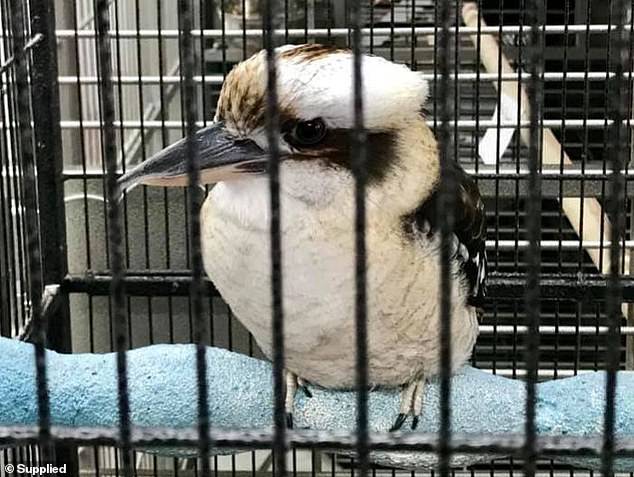 The story comes only weeks after an Australian woman found a kookaburra caged up (pictured) and on sale for $1,200 in a US pet shop