Shocking footage has emerged of an ultra-violent fight between schoolboys in which one boy has his head stamped on by another youngster.

The video, which was posted on Facebook yesterday, is said to show an attack in Doncaster, South Yorkshire which left two victims lying hurt on the ground.

It shows a fight between two boys, one of whom is in school uniform and another who is shirtless, as other children look on. 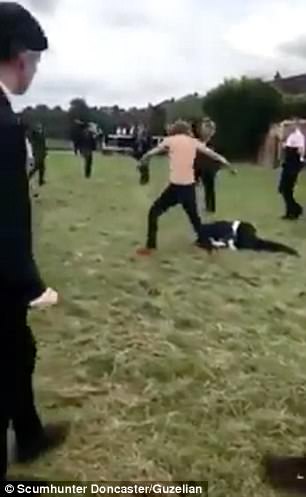 Shouts of ‘f**k him up’ and ‘make him pass out’ can be heard as members of the crowd try to urge on one of the two.

The pair continue to fight until another young man without a shirt hits the school pupil from behind as the other attacks from the front.

The incident quickly escalates towards the end of the video as several people are seen kicking the school pupil after he falls to the ground.

As the group disperses away, another boy can be seen lying on the floor.

The second shirtless youth, who attacked the school pupil from behind, then moves over to the boy before stamping on her head. 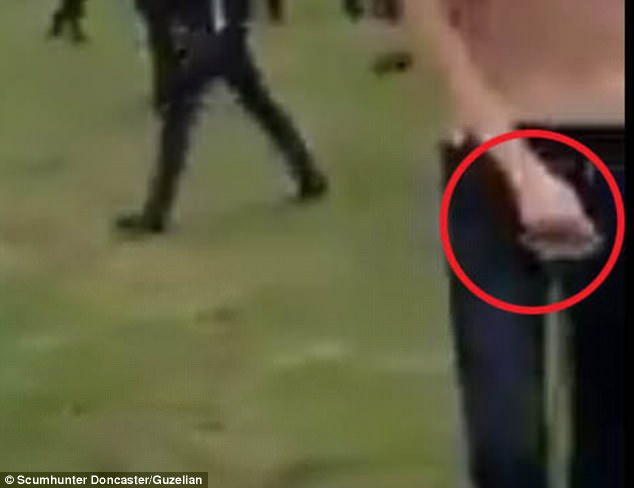 At least one of the boys, included the one who stamps on the boy’s head, appears to be carrying a knuckleduster before and after the attack.

The footage has been viewed more than 700,000 times since it was posted on a group in Doncaster yesterday. It is unclear when the attack took place, although it is said to have taken place in the Hyde Park area of the town.

South Yorkshire Police have been contacted regarding the footage.