Skhiri’s left foot was interfered by Siebert’s trailing ankle, as he failed to tuck in his leg given the pace of Australia’s counter.

The new angle was not seen by live viewers on Saturday night and now gives Tunisian fans an excuse to argue their defeat.

Fans against Australia say the contact on Skhiri gave Socceroos midfielder Riley McGree space to play out wide for Craig Goodwin, who in turn found a flying Mitchell Duke. 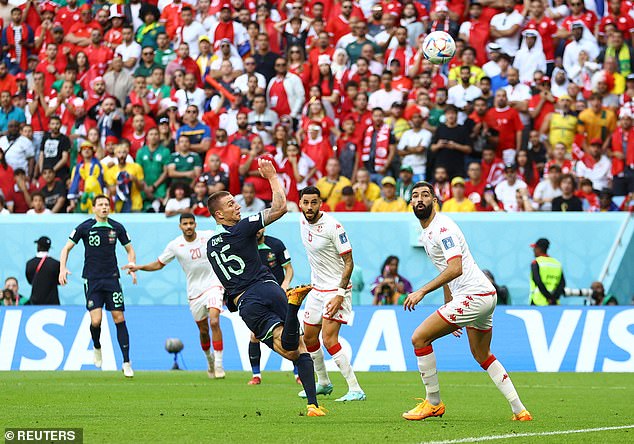 The Bundesliga club player went down in the centre circle straight after the collision, clutching at his leg in what was a penalty grab.

Since the vision has been released, fans have shared their outrage on Twitter.

‘Surely play should stop and be restarted with a drop ball, same as if the ball hits the ref?,’ one spectator commented.

FIFA regulations outline a referee must stop and start play when making contact with the ball, but nothing in the book mentions the official tackling a passing by player. 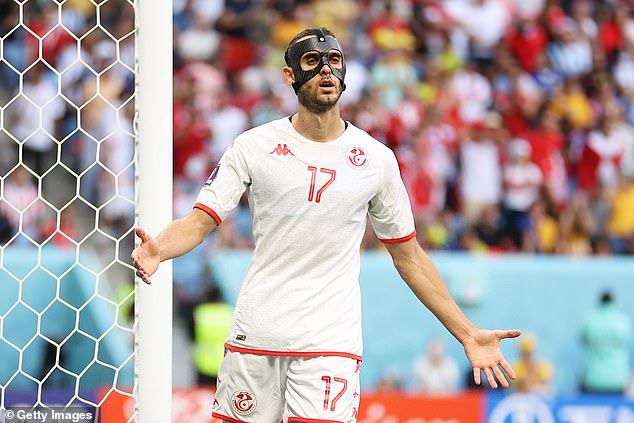 Many fans believed the German referee was worthy of a yellow card, while those in favour of the goal say Skhiri was no real chance of chasing down McGree.

Others thought Siebert was one-sided when giving cards for time wasting, and believe he was inexperienced for the world stage.

Australia ahead after Ellyes Skhiri tripped over the match official. If the ball touches a referee, play is often automatically whistled dead – what’s the rule between a player and referee collision?

The trip was reposted by BBC Sport on Twitter with the caption ‘REF!’, sparking a debate between football tragics.

Tunisia still managed to finish the game with five more shots on target than Australia. 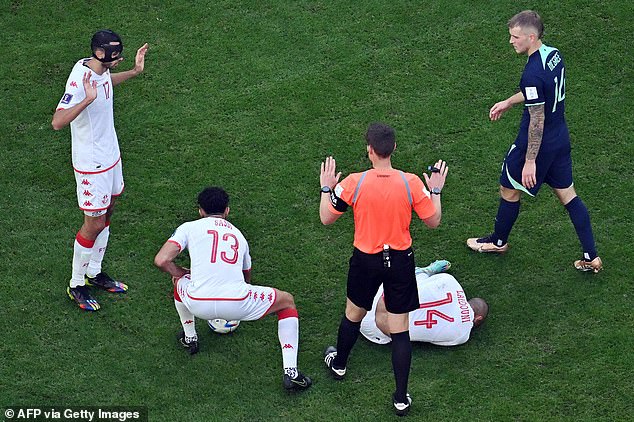 Skhiri declined to speak on the matter post-game, but believed Tunisia demonstrated they were the ‘better team’.

Whether the foul should’ve been pulled up or not, Australian fans are relishing the class of Mitchell Duke and the mouth-watering prospect of a final 16 birth.

Tunisia must now down the defending champions France to have any chance at making it through the pool stage.