‘It was just great to be back on the pitch with the boys’: Leigh Griffiths shares delight at making Celtic return after eight months out following long battle with depression

Celtic striker Leigh Griffiths admits returning to action has been a major boost after a long battle with depression.

Griffiths made his first appearance in eight months last week when he came off the bench in a Champions League qualifier against Sarajevo after taking time out of football to address his problems.

‘It was just great to be back on the pitch with the boys,’ he said. ‘It’s been very hard, very lonely at times. Without the help of the club, friends, family and support that I had, I wouldn’t be sitting here now. 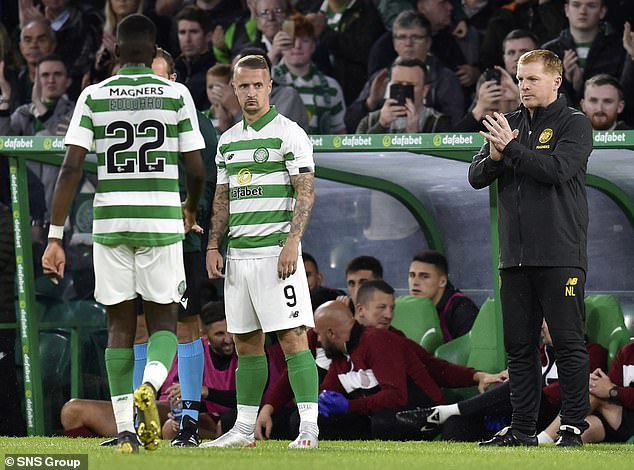 ‘So it’s a massive thank-you to them. It’s been a long, difficult road but thankfully there is light at the end of the tunnel.

‘It was just a slow drip that was building up and [former Celtic manager] Brendan Rodgers has seen that and that’s when he stepped in, so it’s another thank you to him. Because, if he hadn’t stepped in, who knows where I’d have been?’

Griffiths also shared his appreciation for supporters outside Celtic, including rival clubs, who sent him their best regards 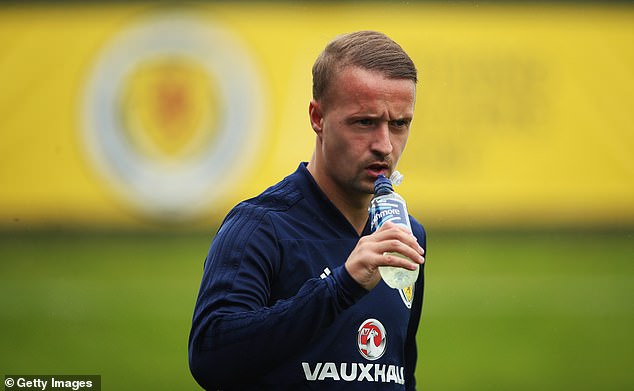 ‘Not just Celtic fans but fans all over Scotland,’ added the forward. ‘Rival fans that see me as that rogue on the pitch, but away from that I’m just a family man who tries to look after my family. It’s nice to see that fans can put football rivalry aside.’

Although he has only just made his return to Celtic, Griffiths already has his targets set higher as he eyes a recall to the Scotland set-up under new boss Steve Clarke.

‘My phone is always on if he wants to give me a call and speak about things – that’s an open invitation,’ Griffiths added.

‘Neil Lennon told me this season is clean slate and told me to go and show everyone that you can still be a top player – and that’s what I’m trying to do.’