Football players are taking a well-deserved rest following the end of the season as they kick back and relax on exotic holidays – along with their WAGs.

Jesse Lingard, Dele Alli, Harry Winks, and Danny Welbeck are amongst the England players who have recently swapped the pitch for the sun.

Flaunting their breaks on social media, they were the envy of their followers as they sipped on drinks, admired sunsets and posed on sun-loungers.

The destinations of choice vary from Miami, California and Paris to Brazil, as the talented sport stars pose in front of stunning, scenic views.

John Terry shared a loved-up snap with his arms wrapped around wife Toni as they admired the sunset on a sandy beach in Dubai, complete with palm trees 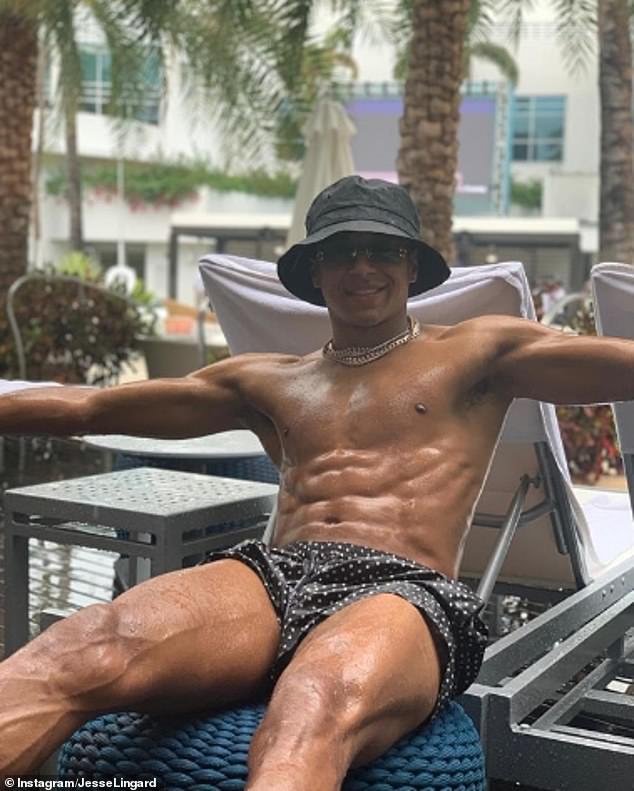 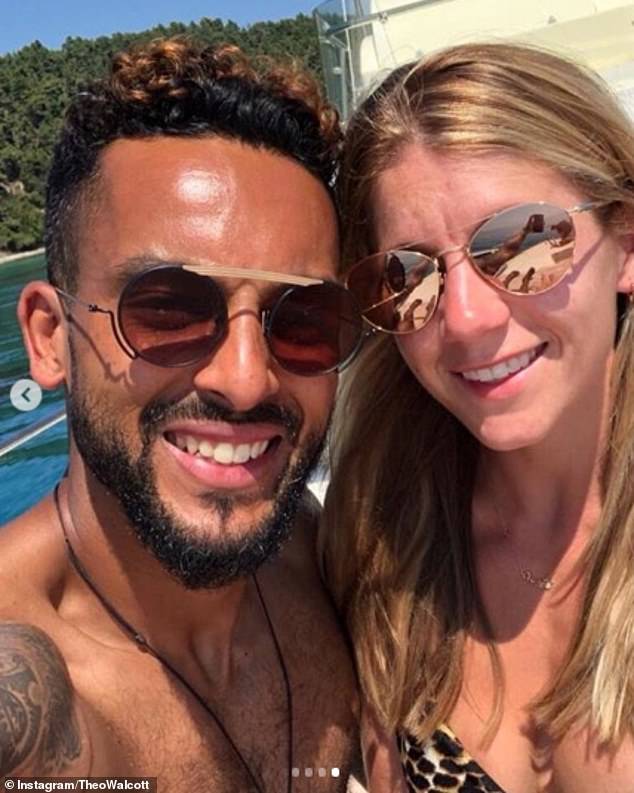 Theo Walcott who posed with wife Melanie revealed that they have been holidaying with friends, but didn’t give away where they’ve jetted off to 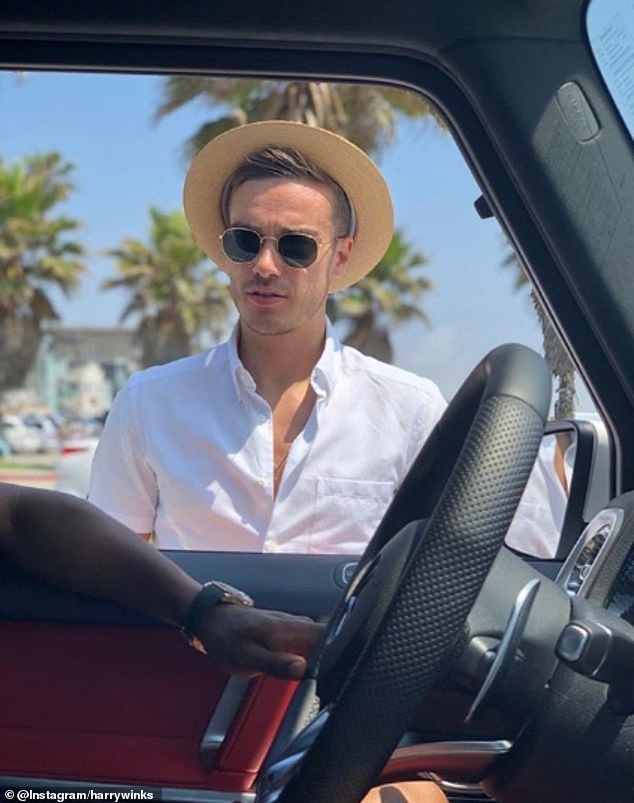 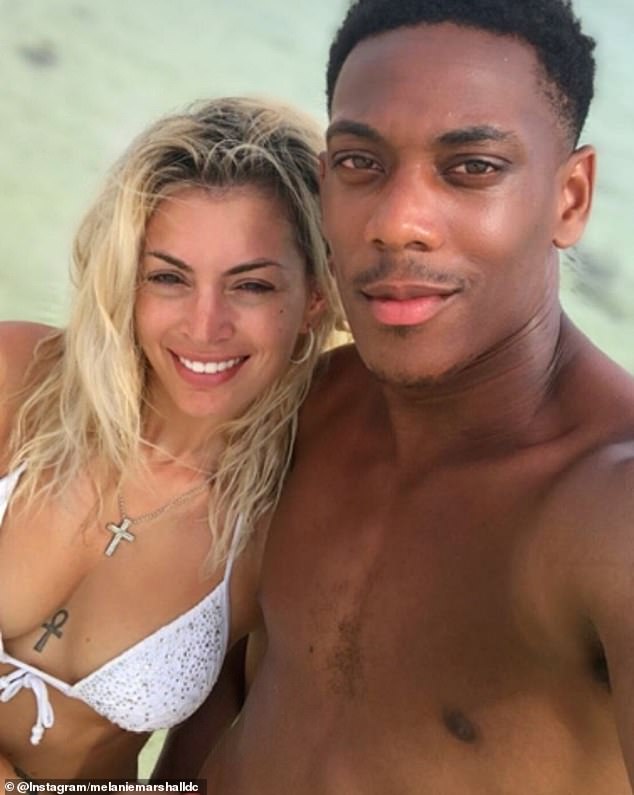 Caribbean dream! Manchester United star Anthony Martial and his wife Melanie looked the picture of happiness in their Instagram snaps as they soaked up the sun in Guadeloupe 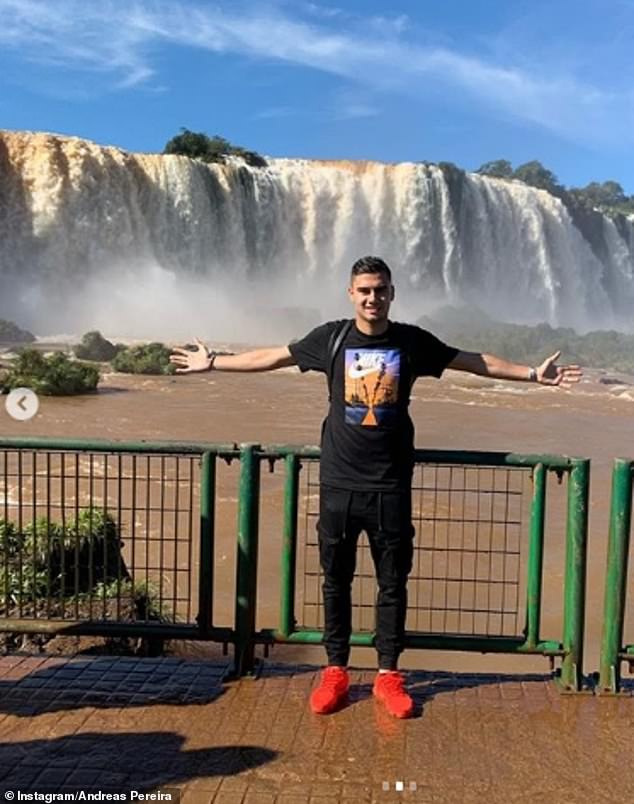 But it was Andreas Pereira, Manchester United’s midfielder, who arguably posed in front of the most enviable backdrop – a stunning waterfall in Brazil.

Arsenal striker Alexandre Lacazette also shared a picture enjoying a welcome drink in Bali and humourously tagged his location as: ‘Far away from you,’ before posting another picture with a monkey, who he called ‘my G.’

However, while many of the footballers posed by themselves, including Jesse Lingard, who showed off his six pack on a sun lounger on Fontainebleau Miami Beach, others took the opportunity to share loved-up snaps with their other halves.

In a post which has been liked over 37k times, former Chelsea player John Terry and his wife Toni can be seen with their arms wrapped around each other as they admire a sunset on a dreamy beach getaway to Dubai. 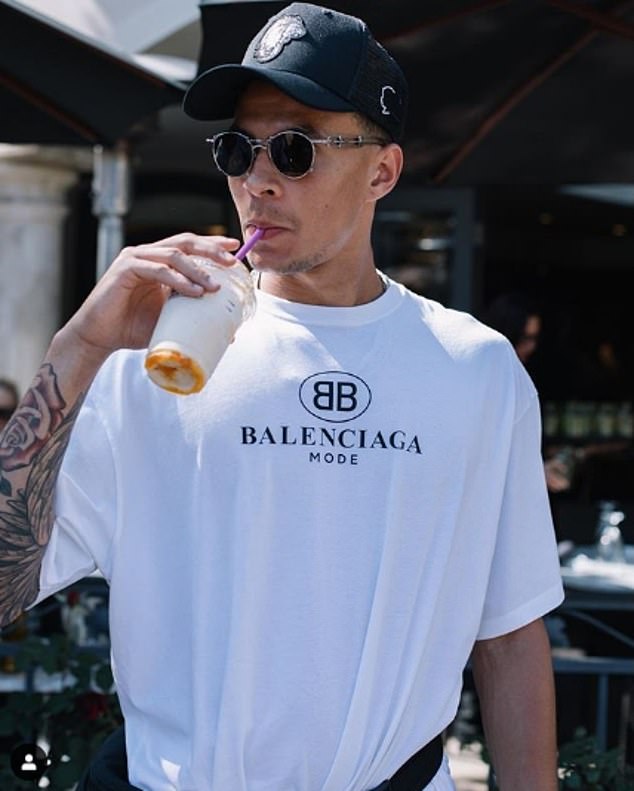 Wearing a pair of trendy shades, cap and Balenciaga top, Dele Alli sipped a refreshing drink as he enjoyed the LA sunshine 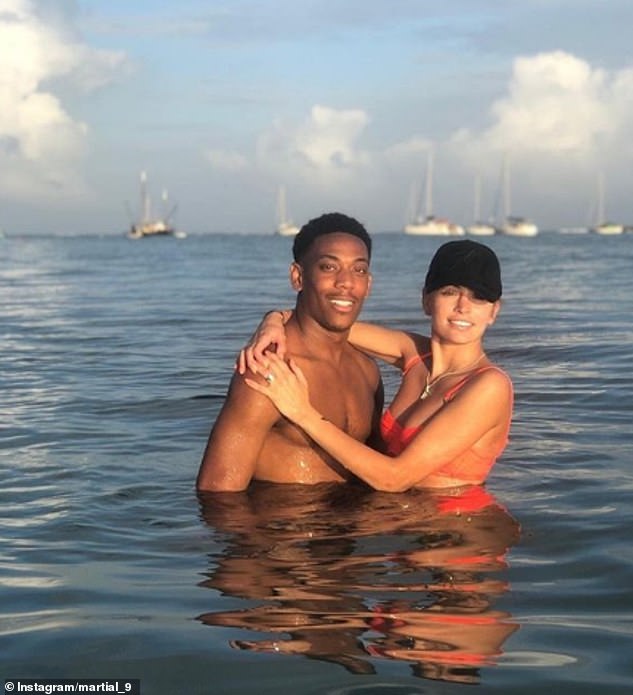 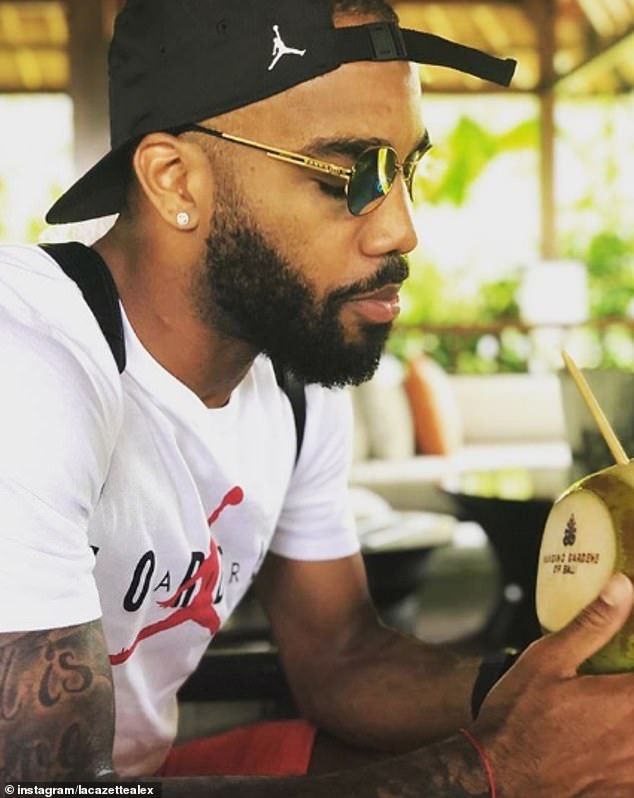 Arsenal striker Alexandre Lacazette enjoyed a welcome drink in Bali and humourously tagged his location as: ‘Far away from you’ 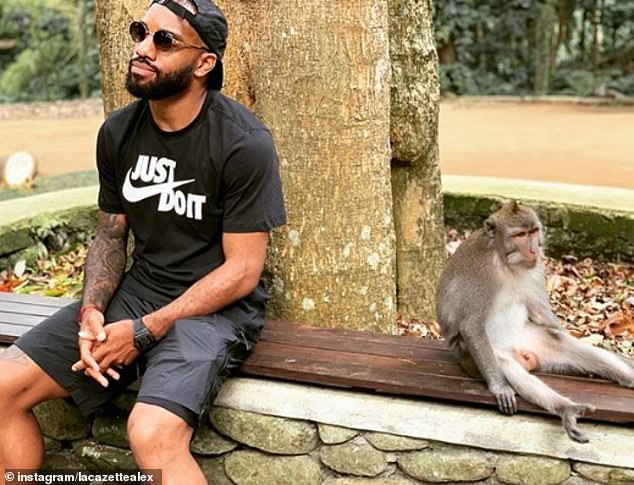 Later that day, a chilled looking Alexandre Lacazette casually posed next to a monkey in Bali before adding: ‘Chilling with my G’ 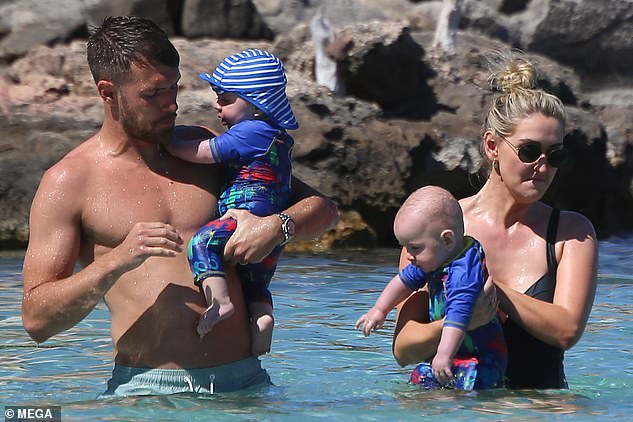 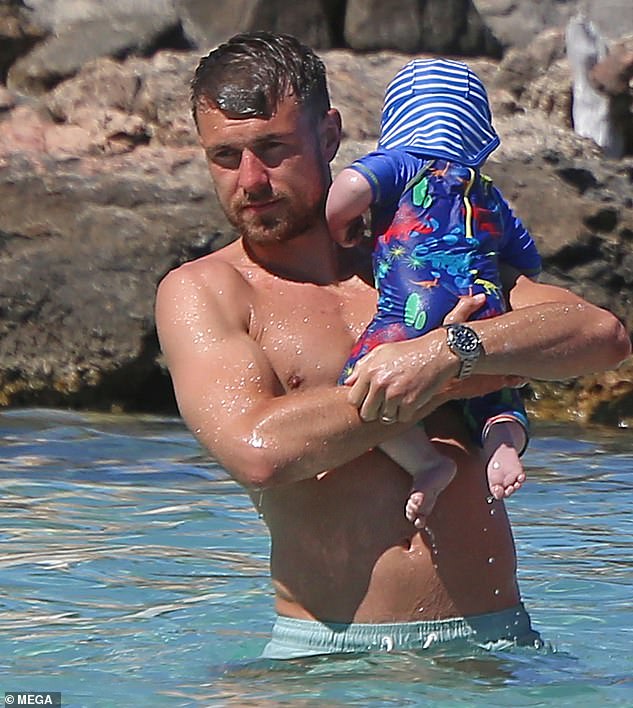 Doting dad: Opting to go shirtless, Aaron, 28, revealed his athletic physique while holding one of his twins close to his chest on Tuesday

Manchester United star Anthony Martial, who also plays for France, was also all smiles as he and wife Melanie, who donned a striking pink bikini, posed in the Caribbean sea.

However, others opted for slightly cooler climates, instead choosing brisk city breaks for their well-earned downtime.

Wrapped up in a hoody and jeans, Crystal Palace’s Wilfried Zaha struck a peace sign in front of the Eiffel Tower and captioned the post: ‘Bonsoir Paris.’

He thanked his 8.4 million followers for their well wishes and penned: ‘Thanks for all your birthday messages guys me and my family feel blessed.’ 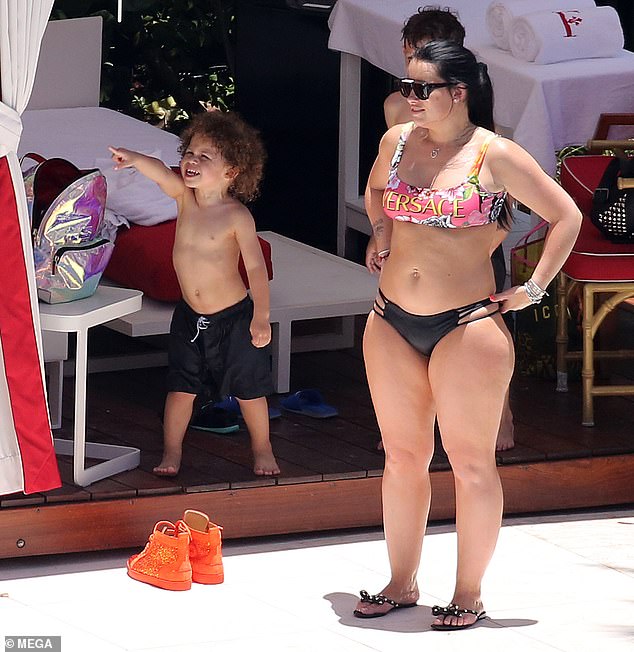 Looking good: Sporting a mismatched two-piece bikini, Alysha, showed off her curves as the family made their latest appearance on America’s Gulf Coast 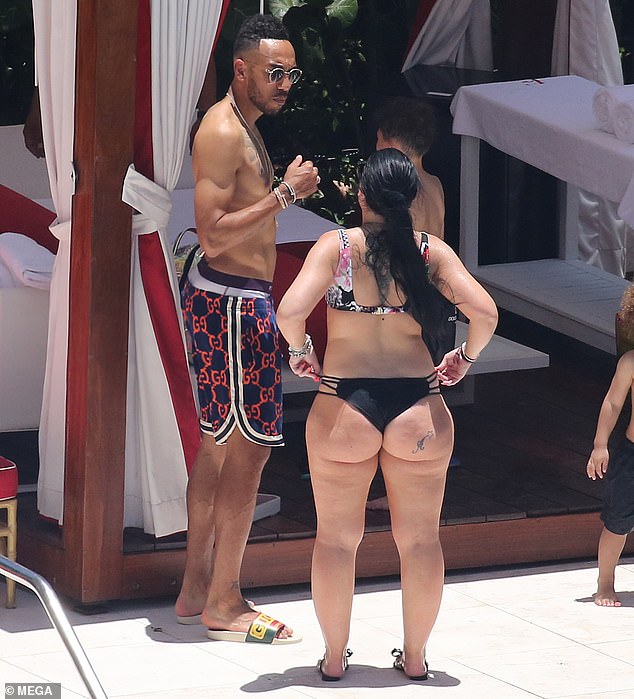 Good times: A mixed season with Arsenal was forgotten on Tuesday as Pierre-Emerick Aubameyang celebrated his 30th birthday with girlfriend Alysha Behague and their two children in Miami 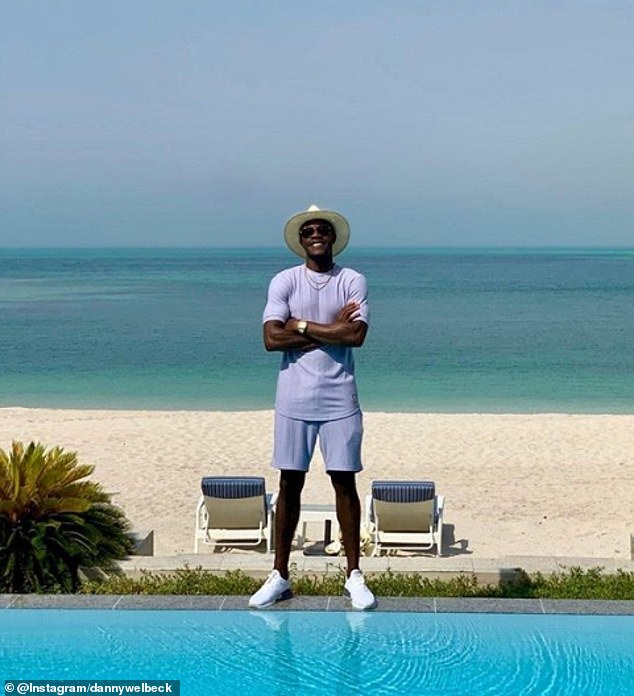 Donning an all grey ensemble, white trainers and trendy hat, Danny Welbeck was snapped in front of a swimming pool, in an undisclosed location, with a golden beach in the background 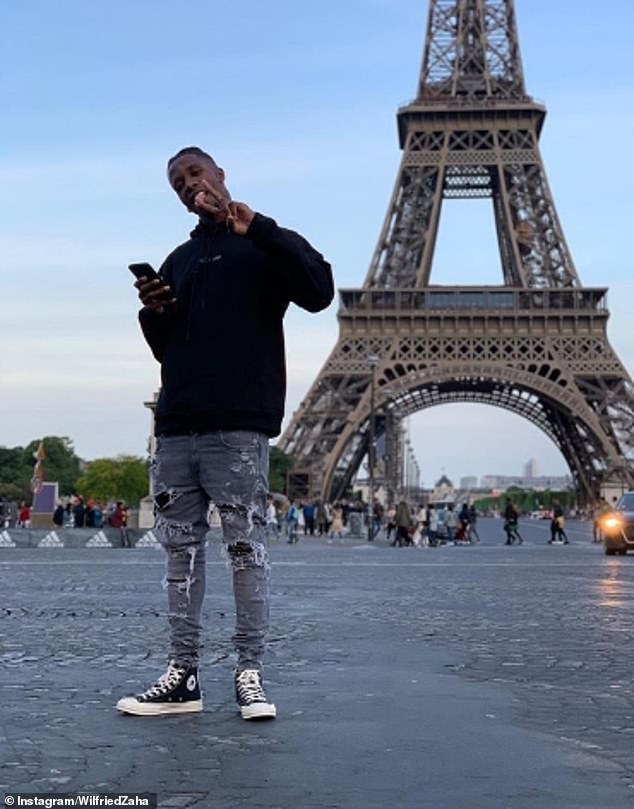