Footy fans have panned the NRL’s ‘cringeworthy’ and ‘lame’ promotion on social media ahead of the 2023 season.

The likes of Ben Hunt (Dragons), Adam Reynolds (Broncos), Josh Addo-Carr (Bulldogs) and Kalyn Ponga (Knights) dressed up based on their personalities – or in some cases a link to a popular TV series – as was the case with Hunt and Game of Thrones.

Tino Fa’asuamaleaui’s trademark mullet was on display for the Gold Coast Titans – and Sea Eagles star Tom Trbojevic featured next to a F1 race car.

The timing was seen as a jinx by some Manly fans, after the fullback was ruled out for six to eight weeks on Thursday after MRI scans revealed a Grade Two tear in his hamstring.

Trbojevic felt his hamstring go during a routine training drill on Sydney’s northern beaches – and given his history of injuries, he initially feared the worst. 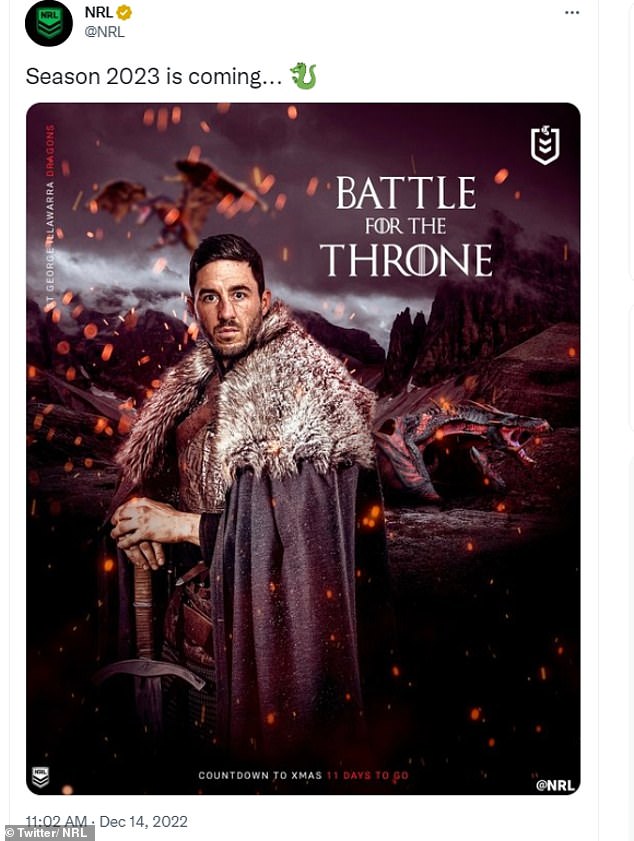 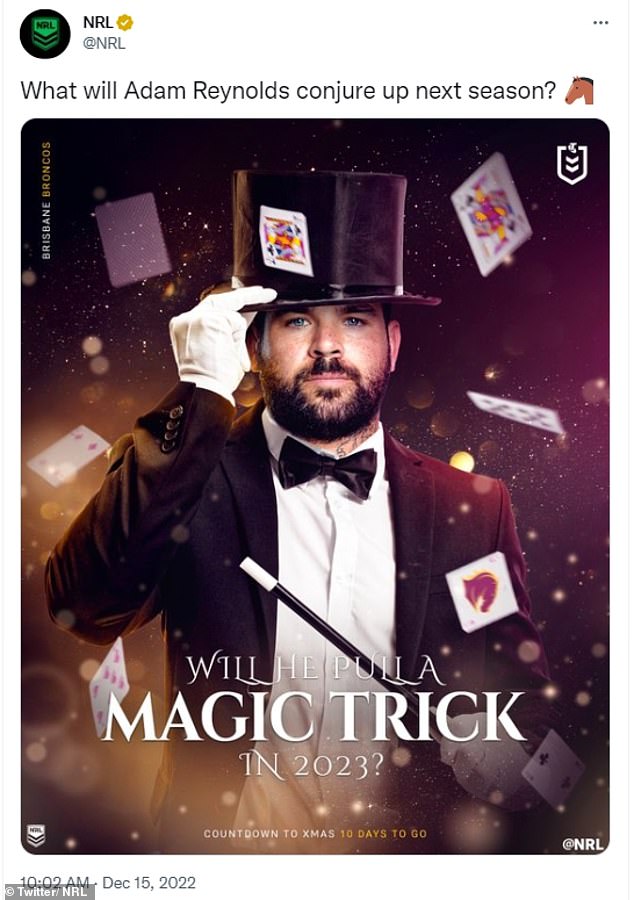 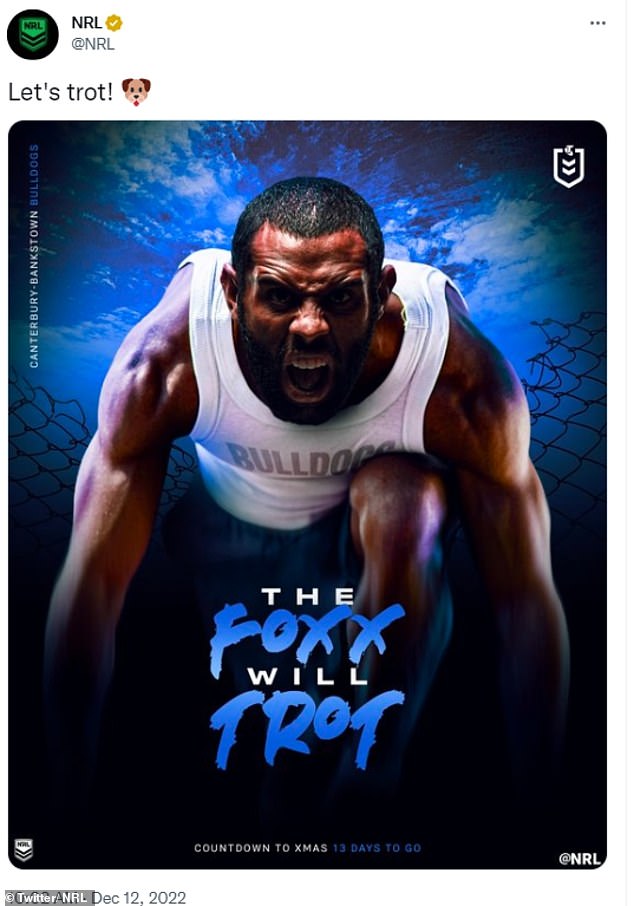 He is expected to miss the trials come February – but should be cleared to play in the season opener versus the Bulldogs on March 4 at Brookvale Oval.

One supporter said the image of Trbojevic, 26, resembled a Ferrari because he ‘always has medical issues.’

Another was a little harsh, stating the promo was ‘corny as….Which dim wit convinced him (Trbojevic) that this would be a great thing to do?

The image of favourite son Benji Marshall next to a couple of Tigers was promoted as part of a ‘new era’ at Concord, with Tim Sheens in charge next year.

Sheens famously guided the likes of Marshall – and fellow legend Robbie Farah – to the joint venture’s only premiership in 2005. 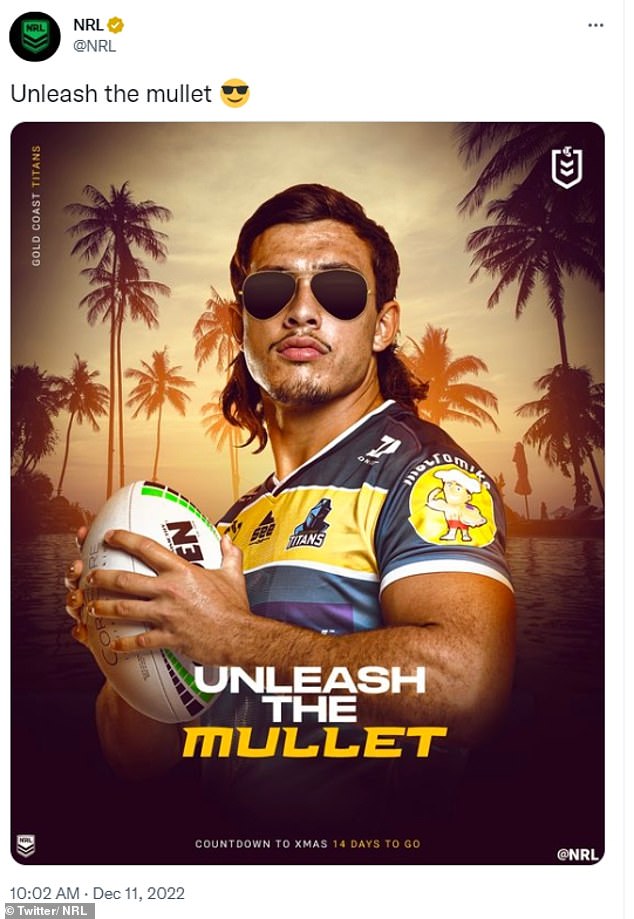 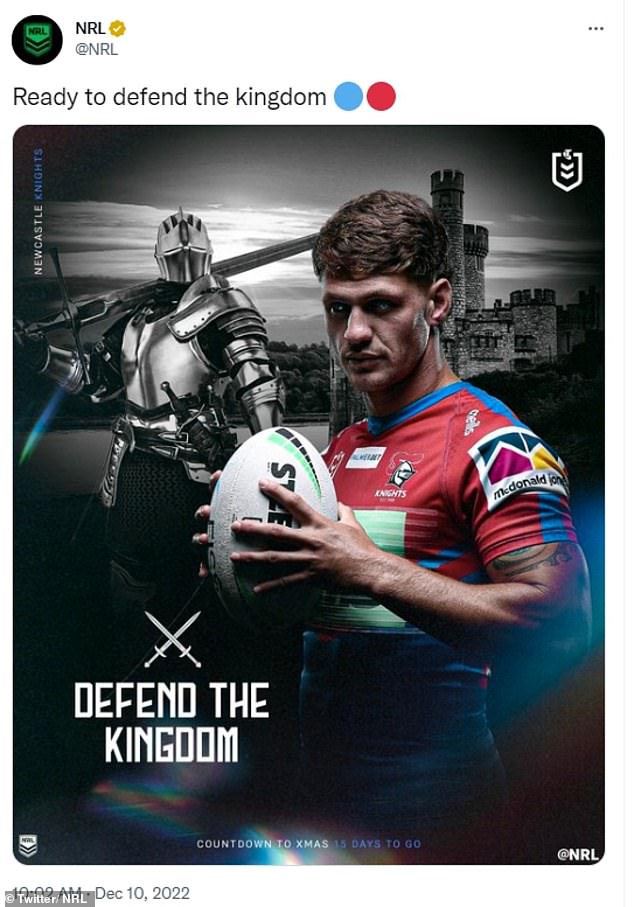 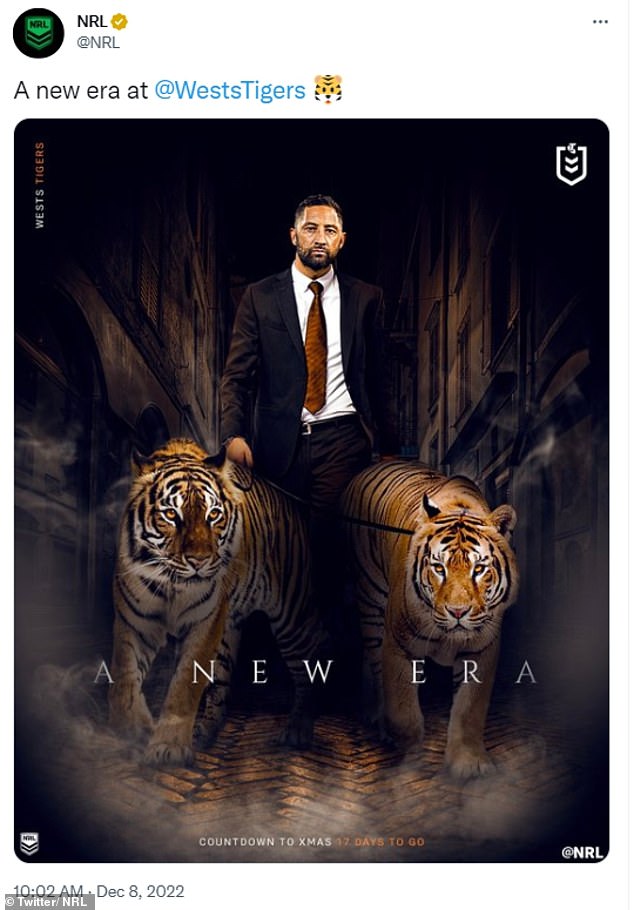 A Tigers supporter said on Twitter he ‘loved watching Benji as a player and he speaks real sense when he does interviews….. I wish him every success’, while another spoke for many when he said ‘it is great to have confidence, (they are) certainly talking the talk, now let’s see the team walk the walk.’

The NRL season kicks-off on March 2 when Parramatta tackle Melbourne at Commbank Stadium. 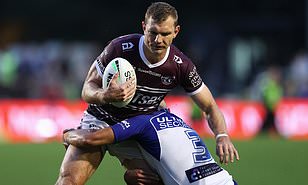 What NRL player promotion do you think is best?

Penrith will be striving for a third successive title, with the last club to achieve the decorated feat being the Eels from 1981-1983.

For all their dominance, Melbourne have not achieved the feat.

He did acknowledge Viliame Kikau (Bulldogs) and Api Koroisau (Tigers) will be huge losses –  and expects Soni Luke and Mitch Kenny to wrestle for the number 9 jersey.