Ford driver, 65, is charged over fatal pile up that killed two people and injured nine others sparking hours of delays and travel misery for thousands of commuters

By Lauren Ferri and Zoe Zaczek For Daily Mail Australia

A man has been charged over a fiery multi-vehicle crash that killed two people and injured nine others.

Emergency services were called to the M1 Princes Motorway in Wollongong, south of Sydney shortly after 2pm on Friday.

The fiery crash involved up to six vehicles, including two trucks, in the southbound lane near the Mount Keira Road overpass, police say.

A 65-year-old man, the driver of a Ford involved in the crash, was charged with dangerous driving and negligent driving occasioning death.

The fiery crash involved at least eight vehicles in the southbound lane near the Wollongong exit, police say 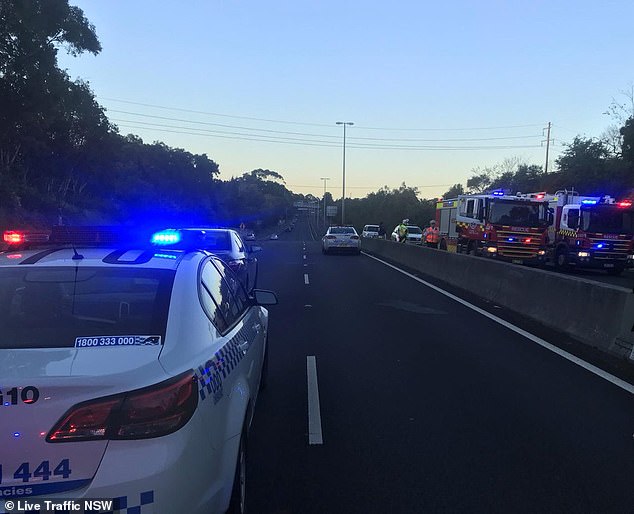 Transport NSW has reported heavy traffic in the area with motorists experiencing significant delays. St George Illawarra Dragons fans who are attending Friday evening’s match against the Melbourne Storm at WIN Stadium have also been warned of delays 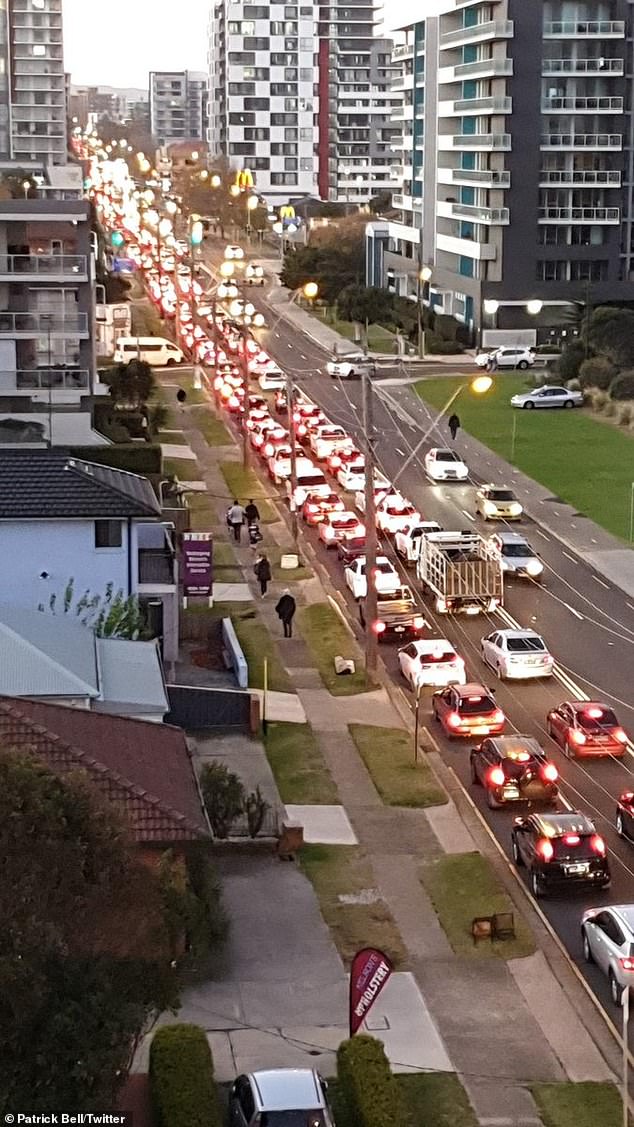 A four-wheel drive and a prime mover with a dog trailer attached collided before drawing in another four vehicles – a Mitsubishi Pajero, an Isuzu rigid truck, a Honda Odyssey, and a Toyota Prado.

The Pajero and the Isuzu truck burst into flames as a result of, with both the driver and passenger of the Pajero trapped in the vehicle, dying at the scene.

The driver of the Isuzu, a 47-year-old from Cordeaux Heights, managed to free himself before the truck was engulfed in flames. 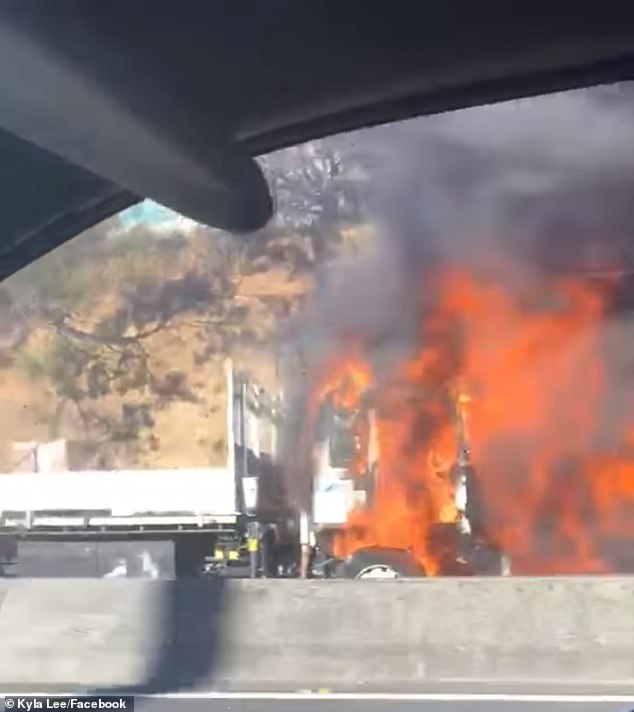 The drivers and occupants of the Honda, the Prado and the prime mover were all uninjured and treated by paramedics at the scene.

The 65-year-old Ford driver was granted conditional bail to appear at Wollongong Local Court on July 23.

Detective Superintendent Chris Craner, the Wollongong Police District Commander, said there has been ‘an absolutely tragic loss of lives’.

‘There’s been an incident on the freeway that I can’t explain at the moment, we have our crash investigators coming down,’ he told reporters on Friday afternoon.

Mr Craner called on motorists who may have dashcam footage of the crash to speak with authorities.

He said it was too early to be able to identify the victims.

‘I think you can see from your cameras, the front of the truck has been incinerated, luckily that truck driver got out,’ Mr Craner said. 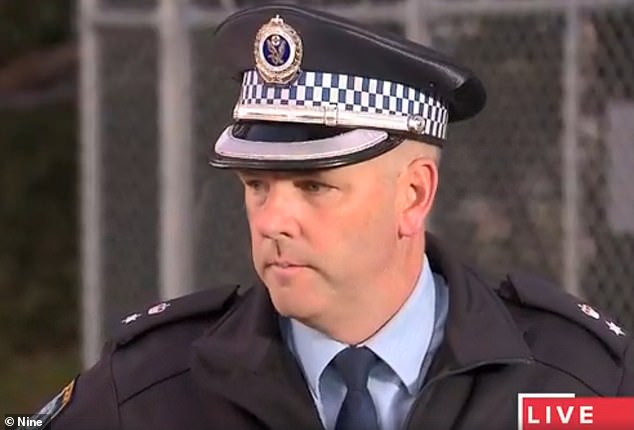 Detective Superintendent Chris Craner, the Wollongong Police District Commander, said there has been ‘an absolutely tragic loss of lives’

‘The motor vehicle involved, between those two trucks is totally destroyed.’

The crash pushed traffic to a standstill, frustrating commuters but Mr Craner urged drivers to think of the two people who lost their lives.

‘Take it easy, we will get it open, you are on the forefront of our minds while we are doing this tragic job.’

Up to five Fire and Rescue NSW vehicles and multiple Ambulance crews rushed to the scene on Friday afternoon.

A NSW Ambulance spokesman said the nine people injured in the accident ‘had relatively minor injuries’ and did not require hospital treatment. 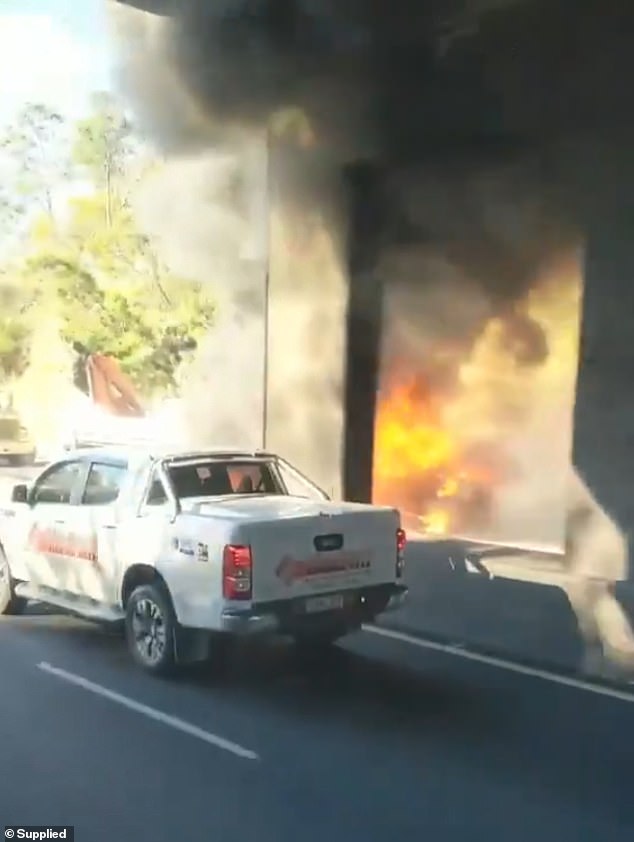