How thousands of foreign criminals could FINALLY be booted out of Australia – including sex offenders, wife-beaters and violent kidnappers allowed to stay because of bizarre loophole


Thousands of foreign-born criminals convicted of serious crimes could be kicked out of Australia sooner under tougher proposed laws set to be reintroduced to federal parliament this week.

Prime Minister Scott Morrison has launched a renewed push to shut down a legal loophole that has allowed sex offenders, violent thugs, armed robbers, drug dealers and other criminals from overseas to stay if they’ve been sentenced to less than two years behind bars.

The proposed crackdown aims to beef up the character test under section 501 of the Migration Act which has been used to cancel or refuse the visas of more than 10,000 foreign criminals since 2014.

The proposed legislative changes will allow the federal government to fast-track the deportation of serious offenders at twice the pace.

Currently non citizens have their visas automatically cancelled if they are sentenced to at least two years in jail – but attempts to deport criminals with shorter sentences can lead to lengthy and costly legal battles.

The proposed laws will move the ‘character’ test onto more objective grounds and make it harder for foreign criminals to extend their stay in Australia by going through the Administrative Appeals Tribunal, The Australian reported.

Labor, the Greens and several independents blocked similar legislation in the Senate in October, amid fears ‘low-level’ offenders who have lives and children in Australia would be kicked out, including those who committed crimes decades ago and have since turned their lives around. 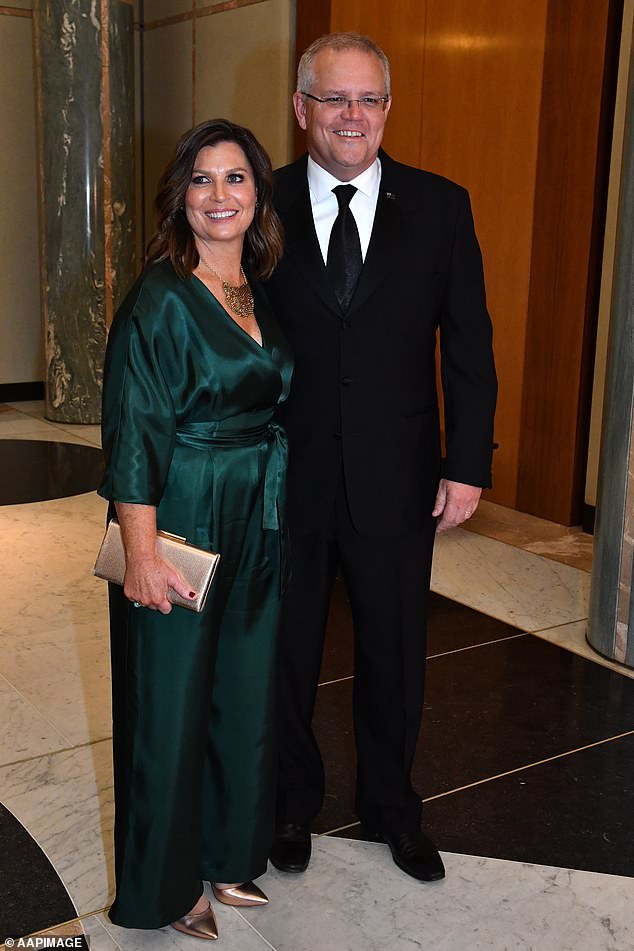 Mr Morrison has pleaded for support from the other side of the chamber in ‘kicking criminals out of Australia’.

‘The safety of Australians across the country relies on Labor standing up to the Greens, and giving our border force the powers they need to deport foreign criminals,’ he told parliament during Question Time on Monday.

‘Any suggestions that the sorts of crimes being committed are ‘trivial’ are ridiculous – these are very serious crimes committed by foreign criminals who do not belong in Australia.

‘The message to Labor is clear: get on board today, say no to the Greens and help the parliament pass these important laws – Australia’s national interest demands it

Backed by the Police Federation of Australia and victims of crime, the government hopes the new laws will stop judges from slashing the sentences of  foreign criminals to help them avoid being deported.

It will also be able to kick out a raft of criminals who previously escaped deportation.

These would include Mauritian stalker Jean Marie Amoorthum who in 2014 was jailed for eight months for trying to force a 22-year-old woman into his car at knifepoint after following her to her boyfriend’s house in Melbourne. 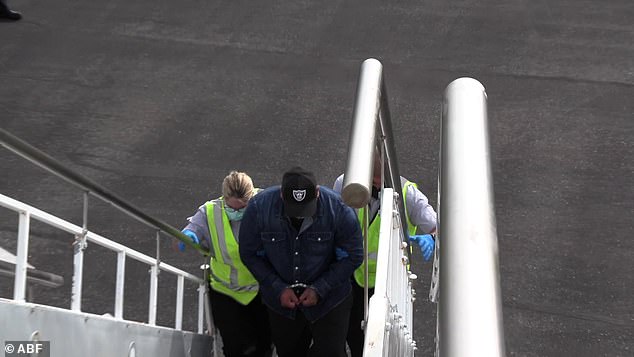 The visas of more than 10,000 foreign criminals have been cancelled or refused since 2014 (pictured, a criminal previously being deported)

According to a tribunal hearing, he held the knife near her throat and said words to the effect of ‘be quiet or I will cut you’, or ‘I will slice you’ before her boyfriend emerged from inside and shouted at him and he drove off.

The Government refused Amoorthum’s visa but in March 2019 the Administrative Appeals Tribunal said he did not fail the character test and allowed him to stay in Australia.

The new law would also apply to a British man and an Indian man who assaulted women and two illegal immigrants who were allowed to settle in Australia despite serious crimes. 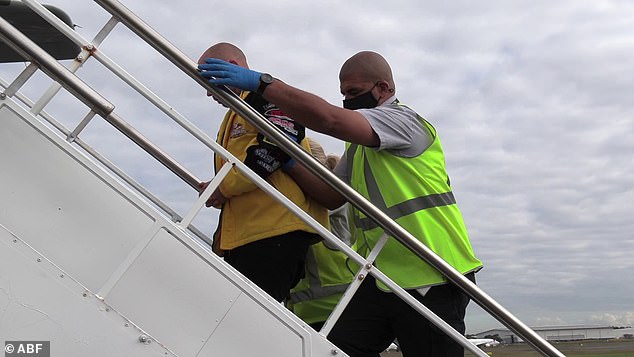