Sir Simon McDonald, permanent under-secretary at the Foreign and Commonwealth Office, made the embarrassing gaffe in a tweet on Monday

A top Foreign Office official has apologised after causing offence by mistaking a major Sikh temple for a mosque.

Sir Simon McDonald, permanent under-secretary at the Foreign and Commonwealth Office, made the embarrassing gaffe in a tweet on Monday. He referred to a picture of the Golden Temple in Amritsar, India, as the ‘Golden Mosque’.

The Golden Temple is one of the most sacred sites in Sikhism. Realising his mistake, Sir Simon wrote: ‘I was wrong: I am sorry. I should of course have said the Golden Temple or, better, Sri Harmandir Sahib.’

Bhai Amrik Singh, chairman of the Sikh Federation, said: ‘This was a major gaffe by a top civil servant and totally unacceptable. It demonstrates a remarkable level of ignorance from someone in his position.

‘In our view, a public apology and admitting the mistake is not enough. What we need is a commitment from the UK Government and senior civil servants to root out such ignorance and discrimination or we will continue to face hate, abuse and threats of violence.’ 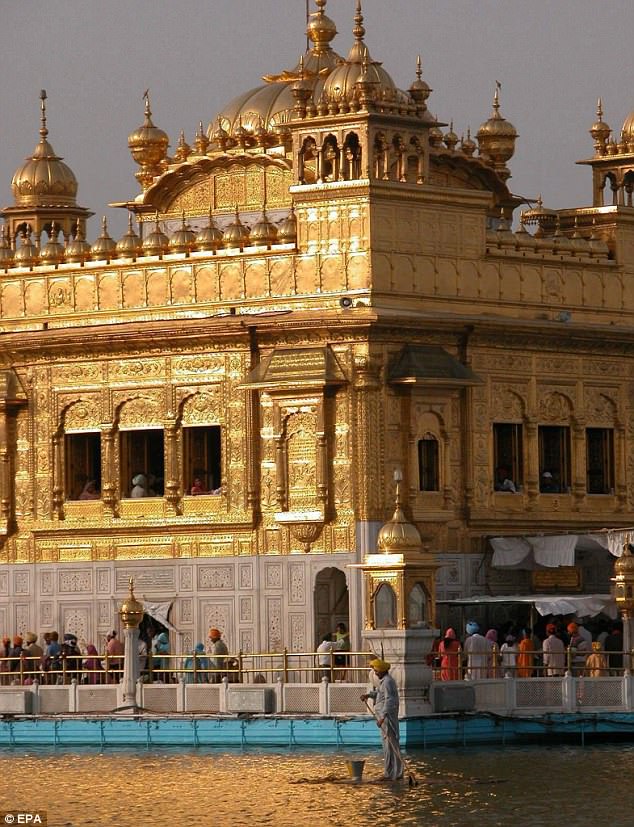 He referred to a picture of the Golden Temple in Amritsar, India, as the ‘Golden Mosque’

The mistake is particularly sensitive because of suspicions of British involvement in the Indian army’s deadly 1984 raid on the Golden Temple. At least 400 people were killed in the attack, aimed at flushing out armed separatists.

The error follows criticism of Foreign Secretary Boris Johnson, who risked offending Buddhists during a 2017 visit to the Shwedagon Pagoda, the religion’s most sacred site in Myanmar’s capital, Yangon.

Andrew Patrick, the UK ambassador, had to tell Mr Johnson to stop reciting Rudyard Kipling’s The Road To Mandalay – which has ‘inappropriate’ echoes of Britain’s colonial past.