Foreigners party on a boat as it arrives in Gili Islands

Hundreds of tourists have been filmed dancing on a boat in Bali before setting off for a holiday on the Gili Islands.

Revellers were seen swaying and gyrating their hips next to each other in pre-Covid pandemic party mode on a boat in the harbour at Karangasem, on the Indonesian island’s south-east, in an Instagram post on Friday.

The party-goers were on the way to the Gili Islands near Lombok ahead of Nyepi Day – a new year celebration also known as a ‘day of silence’ where locals stay at home and do not drive, work or use electricity.

Despite the traditionally quiet public holiday, travellers in the social media video clapped and cheered as shirtless men danced around a group of jumping tourists atop the vessel.

Tourists dancing together on a boat bound for the Gili Islands, Indonesia, on March 12 (above)

‘The atmosphere at Padang Bai Harbor, Karangasem,’ the caption read.

‘Hundreds of foreigners were seen crossing to the Gili islands, Lombok ahead of Nyepi Day.’

Tourists who wearing face masks watched the commotion in disgust from another boat.

Bali – which relies on millions of Australian holidaymakers each year to keep its economy afloat – has been closed to most international tourists since March 2020.

Indonesian officials said they will temporarily deny visa applications from the UK, Australia, Italy and Denmark, an estimated 10,000 Australians remained in Indonesia during the pandemic. 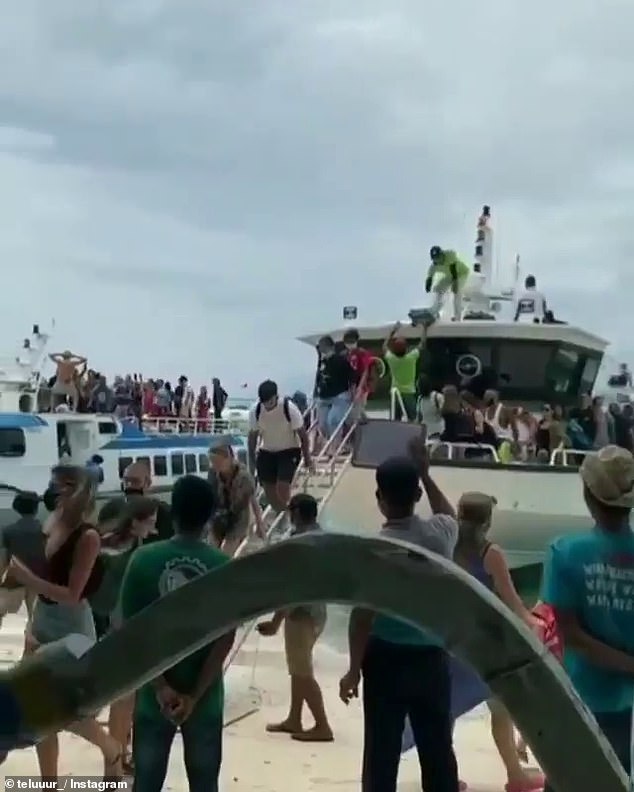 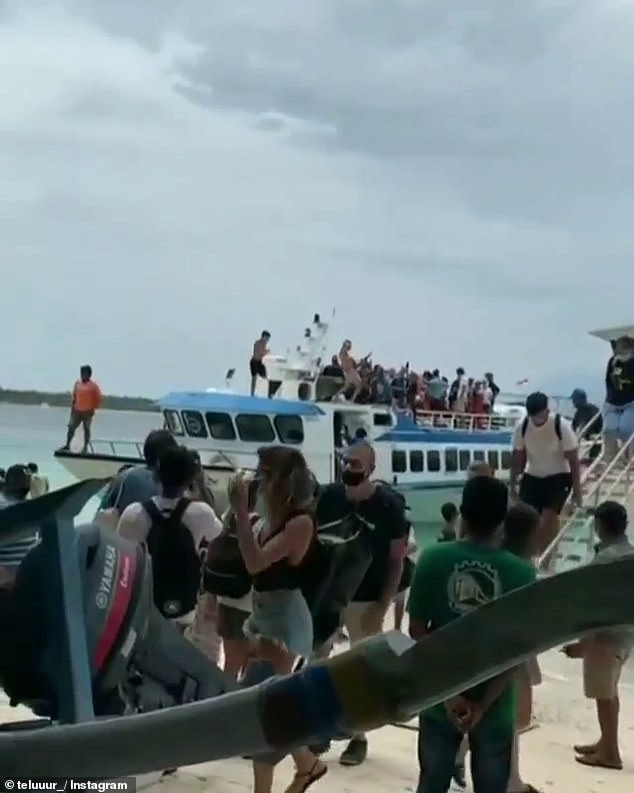 Travellers cannot enter Bali, but the island is still home to thousands of expats and stranded tourists

The figure comprised about 7,000 expatriates and 3,000 tourists.

Locals flocked to the comments section to slam the travellers for being careless.

‘It turns out that not all foreigners are smart. Covidiots,’ one Indonesian user said.

‘The ignorance,’ another wrote.

While Indonesia reported 4,714 new cases on Sunday, Bali did not record any new cases. 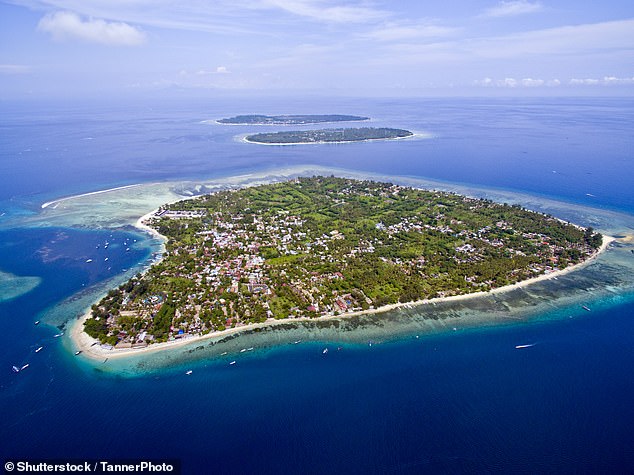 Island officials are now asking the Indonesian government to explore the possibility of ‘travel corridors’ with certain countries.

These could include opening up travel with low-risk countries that have successfully administered mass vaccination programs such as China.

Travellers would need to be vaccinated and return a negative Covid-19 result before arriving in Bali.

The Indonesian government predicted $14billion was lost from tourism in 2020.

Pre-Covid, more than a million Australians travelled to Indonesia each year and made up more than a quarter of Bali tourists.