Older people unaware they have memory problems are almost three times more likely to develop dementia within the next two years, according to new research.

The discovery could lead to earlier diagnosis when drug or lifestyle therapies are more likely to work.

It underlines that it is just as important for close family members or friends to be consulted during visits to the GP as well as the patient, say scientists.

Older people unaware they have memory problems are almost three times more likely to develop dementia within the next two years, according to new research

‘People with mild memory complaints should have an assessment that takes into account information gathered from reliable informants, such as family members or close friends.’

There is strong evidence an early diagnosis helps someone with dementia to continue to live independently in their own home for longer.

This helps to avoid early or unnecessary admission to a care home or hospital, enhancing the quality of life of both them and their carers, and providing substantial savings on long term costs.

Drug treatment is also more effective the sooner someone is diagnosed, as well as exercise and eating plenty of brain boosting foods such as fish, broccoli, avocados and walnuts.

Doctors have long believed patients who do not realise they experience memory problems are at greater risk of seeing their condition worsen in a short time frame.

Now their suspicions have been confirmed for the first time in a study of 450 people who, although they had mild memory deficits, were still capable of taking care of themselves. 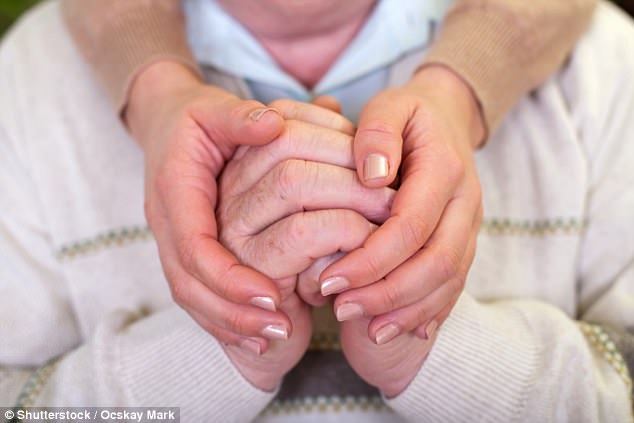 Some brain conditions can interfere with a person’s ability to understand they have a medical issue.

The neurological disorder is known as anosognosia and is often associated with Alzheimer’s disease.

The study published in Neurology found participants who experienced this lack of awareness had a nearly threefold increased risk of developing dementia in the next couple of years.

He looked at how they rated their own cognitive abilities and compared this with similar surveys filled out by close relatives.

When a patient said they had no cognitive problems, but the family member reported significant difficulties, they were considered to have poor awareness of illness, or anosognosia, which is linked to the physiological process of Alzheimer’s.

This group were then found to have impaired brain metabolic function and higher amounts of amyloid deposition, a rogue protein believed to trigger Alzheimer’s, compared to those who had no such awareness problems.

‘This study could provide insights into progression to dementia’

A follow up two years later showed they were more likely to have developed dementia – even after accounting for factors like genetic risk, age, gender and education.

This was mirrored by increased brain metabolic dysfunction in regions vulnerable to Alzheimer’s. In recent years evidence has grown the disease, like diabetes, is linked to poor metabolism.

Co author Dr Pedro Rosa-Neto, director of the McGill Centre for Studies in Ageing, said: ‘This study could provide clinicians with insights regarding clinical progression to dementia.’

The team is now taking their research further by exploring how awareness of illness changes across the full spectrum of Alzheimer’s, and how these changes are related to critical biomarkers.

Dementia experts say an early diagnosis helps people take control of their condition, plan for the future and live well with the condition.

It can enable access to relevant information, resources and support, make the most of their abilities and potentially benefit from drug and non-drug treatments available.

On a practical level, a person with dementia may have the opportunity to review their financial situation and discuss with family or legal experts making arrangements for a lasting power of attorney.