Former Arsenal midfielder Tomas Rosicky has announced his retirement from football at the age of 37 following a successful 19-year career.

Rosicky, who saw his career curtailed by injuries, played 246 games for Arsenal and established himself as a fans favourite after joining from Bundesliga outfit Borussia Dortmund back in 2006. 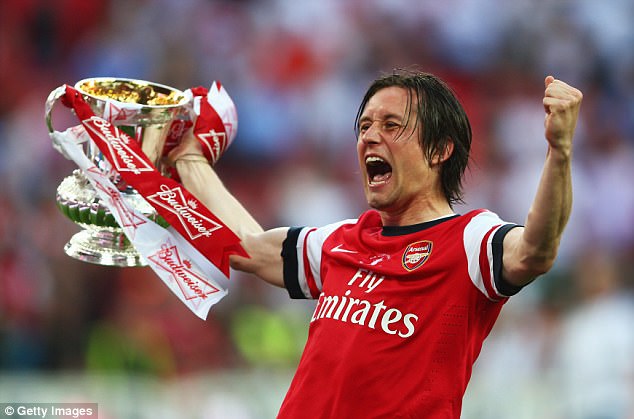 Speaking at a press conference to announce his retirement, Rosicky said: ‘After careful consideration I have realised I am no longer able to fully prepare my body for what the professional football requires.

‘I would like to thank Sparta for raising me, for being the first step in my career in big clubs, and for allowing me to say goodbye at the place I love the most.

‘I knew it was coming. It was harder and harder to prepare for matches, my mind still wanted to play but my body refused.

‘Recently my mind also stopped working this way. I had a great football career, I loved football and I would definitely go through it again.’

The midfielder scored 28 times goals for Arsene Wenger’s side during his 10-year spell at the club, including some which will be remembered for years to come by the Arsenal faithful. 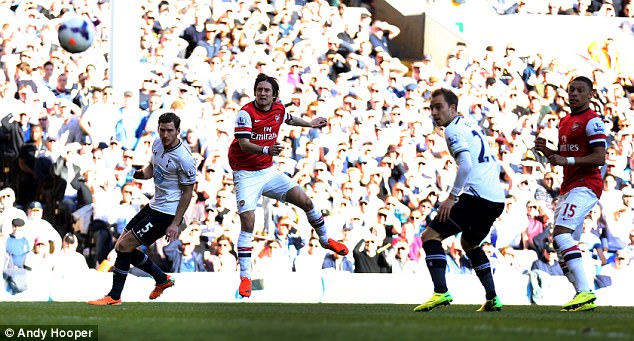 Rosicky scored some memorable goals for Arsenal, including this one vs Tottenham in 2014 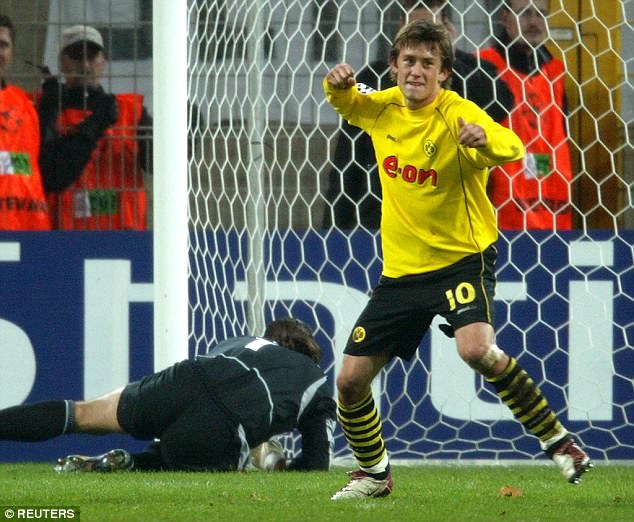 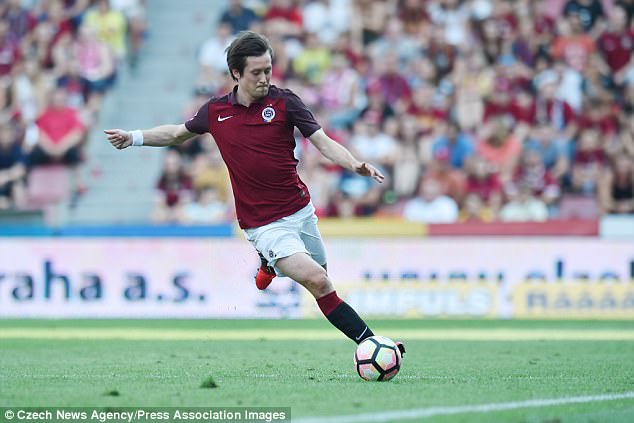 The 37-year-old helped Arsenal to win the FA Cup back in 2014 against Hull and then again in 2015, beating Aston Villa.

Rosicky also won the Bundesliga title in 2002 with Dortmund and made 105 appearances for the Czech Republic.

He returned to his beloved club Sparta in 2016 and made 12 appearances for the club since then, finding the net once.

Rosicky’s former clubs and team-mates were quick to pay tribute to the injury-plagued midfielder following his announcement on Wednesday. 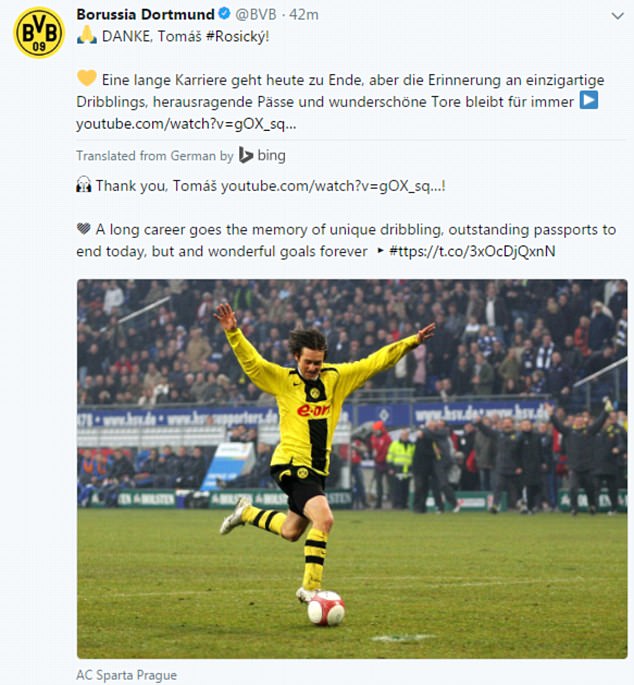 Arsenal posted a video tribute on Twitter to Rosicky, nicknamed the ‘Little Mozart’ as they listed his achievements for the club: ‘246 appearances, 28 goals, 2 FA Cups, 1 Arsenal icon, we love you Tomas’.

Dortmund wrote on Twitter: ‘Thank you, Tomas. A long career comes to an end today, but the memory of unique dribbling, outstanding passes and beautiful goals remain forever.’

Meanwhile, Arsenal striker Danny Welbeck appeared to pay tribute to the retiring star on Tuesday night after scoring against West Ham in the Carabao Cup. 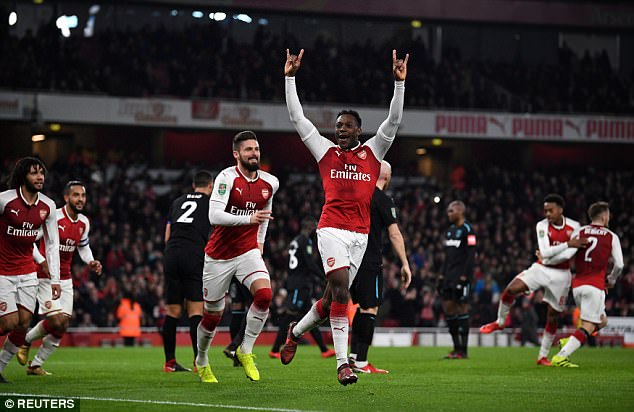 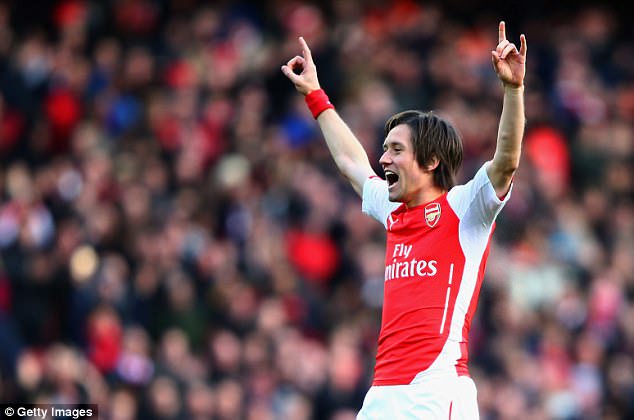