The former boss of one of the biggest modelling agencies in the world has been accused of rape and sexual assault in France.

Carré Otis, 51, and Jill Dodd, 60, said they are speaking out to encourage others to come forward and protect young women in the industry.

Another woman, Ebba Karlsson, 51, claims the 70-year-old sexually assaulted her at his office in Paris in the same period.

Marie, who is now the chairman of Paris-based Oui Management, denies the claims against him.

He told the Sunday Times: ‘It would not be appropriate for me to comment at this time on the allegations of historic wrongdoing being made against me, other than to make it clear that I categorically deny them.’

Letters sent to the Tribunal Judiciaire in Paris show BBC journalist Lisa Brinkworth also claimed she was assaulted by Marie when she was undercover there in 1998.

The group of women have asked Paris prosecutors to look into their allegations but no criminal proceedings have yet been launched. 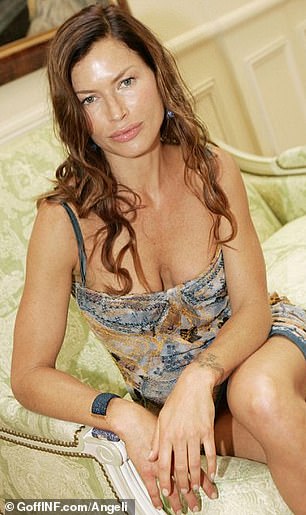 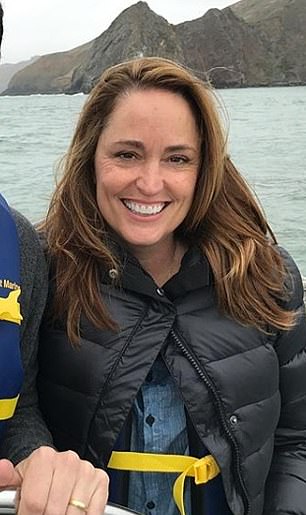 Carré Otis (left), 51, and Jill Dodd (right), 60, said they are speaking out to encourage others to come forward and protect young women in the industry

Lawyer Anne-Claire Le Jeune, who also represented a group of women who claimed they were abused by former French modelling agent Jean-Luc Brunel, submitted the documents this week.

Brunel, 74, denied these claims but is being investigated by French prosecutors over allegations he supplied women for billionaire paedophile Jeffrey Epstein.

Ms Otis, who was married to actor Mickey Rourke, started at Elite in Paris when she was just 17.

She claimed she did not feel comfortable speaking out when the alleged rape took place, but will no long stay quiet about ‘intolerable acts by men in power who seem to be able to act in all impunity’.

The San Francisco-born model first broke cover in 2011, where she made the claims in her explosive memoir.

In the book, she describes first befriending Marie – who was then engaged to supermodel Linda Evangelista – from whom she rented a room in his Paris home in the Eighties.

After chancing upon her boss’ cocaine stash in the bathroom, the two developed an ‘age-inappropriate’ bond over snorting the class-A drug, which she was told was ‘the secret to model weight management.’

Another woman, Ebba Karlsson (left), 51, claims the 70-year-old sexually assaulted her at his office in Paris in the same period. Letters sent to the Tribunal Judiciaire in Paris show BBC journalist Lisa Brinkworth (right) also claimed she was assaulted by Marie when she was undercover there in 1998

The one-time face of Calvin Klein-turned plus-size model described how drug-taking with the older man gave her a sense of security.

‘And even as young as I was, I could figure out how my relationship with Gérald mirrored my dynamic with my dad. I had kept the secret of my father’s alcoholism. Now I was keeping another older man’s secret.’

But it was one evening, after a particularly bad casting, that her confidante – more than 25 years her senior – shattered the bond of trust.

‘Gérald stood above me, ripping the covers from the bed. Before I could react, his sticky body was on me and those disgusting wet ringlets of his were falling on my face,’ she wrote.

‘The smell of him made me want to vomit… Gérald seemed all too expert at getting what he wanted, and in the tangle of my naked legs and pleas and cries his hand found my mouth and clamped down, trying to silence me.‘

She goes on to describe, in sickening detail, the ordeal; the ‘vicious penetration,’ ‘violation,’ and ‘horrific feeling’ leaving her sick and frightened.

‘I remember nausea welling up,’ she recalled. ‘Then the involuntary gagging that began as he stood, looked down at me, then turned and stumbled out of the room.‘

Ms Otis says that she did not find it hard naming the claimed perpetrator and has questioned whether her friendship with Marie, renting his room and becoming his drugs partner had perhaps led him to believe the relationship was something more than platonic.

Ms Dodd also claims she was raped by the former modelling agency boss, but while she was 20 and at Paris Planning – where Marie was booking director – in 1980.

Meanwhile Swedish model Karlsson claims she was ‘traumatised’ after the alleged sexual assault, which she said forced her to return home.