Former Broncos running back Ronnie Hillman is in hospice as the 31-year-old battles a ‘rare’ form of cancer he was diagnosed with in August.

Hillman’s family told TMZ that he was diagnosed with renal medullary carcinoma, which ‘primarily affects young African Americans with sickle cell trait,’ and confirmed that he was being made comfortable in hospice care.

Ronnie Hillman, 31, played five years in the NFL and mostly with the Denver Broncos 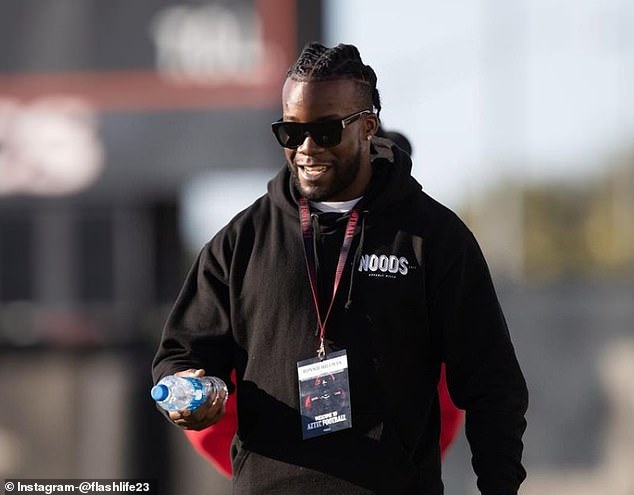 ‘#BroncosCountry please pray for Ronnie Hillman he’s in hospice and not doing well,’ he tweeted.

Another one of Hillman’s ex-teammates, defensive end Derek Wolfe, provided some more detail on radio station 104.3 The Fan.

‘It’s not looking good. He has pneumonia and I’m putting it out there just to send positive vibes his way.

‘As a family, we hope beyond hope, and we have faith that can move mountains,’ they said. ‘We also understand that God’s will is not always ours; therefore, we as a family subject ourselves to the will of our Almighty God.’

‘We need your prayers, but we also need your understanding and respect for Ronnie and our family’s privacy at this time.’

Hillman played five years in the NFL and spent four of those with the Broncos, who he won a Super Bowl with in 2016.

He also spent brief stints with the Vikings and Chargers.