Former burglars have shared the mistakes that everyone makes when trying to protect their homes and revealed their top tips on how to keep your home safe.

A Reddit thread, comprised of people from across the world, has revealed the common mistakes people make when attempting to hide their valuable possessions and allowing thieves easy access into their homes.

These include posting on Facebook when they’re on holiday, locking their desk drawers and not changing the locks once they’ve already been burgled.

However, the former criminals also shared how people can keep their valuables more secure, including tricking thieves with fake goods and installing a smart lighting system.

DON’T LEAVE PACKAGES BY THE DOOR

Former burglars have revealed their top tips on how to keep your home safe, including never letting criminals know you’re not home with dark rooms and packages at the door. Stock image

Former burglars took to the Reddit thread, with one suggesting its worth investing in LED lighting

This time of year sees people investing in big ticket items like laptops and TVs.

But remember to throw away the parcels and don’t leave them sitting by the doorstep – and certainly not in view from the road.

One former criminal wrote: ‘If you buy a new TV or computer break down the box it came in. Don’t just leave it by your garbage bin.’

Another who advised against setting your car GPS location as ‘home’ when going to your house said: ‘If I’ve stolen your car keys while you’re out, I likely have your house key too, know where you live and know you’re not home.’

When asked the worst places to leave valuables, one user said: ‘In order: Any desk drawer. Nightstand drawer. That fire safe you have behind the closet door. Your underwear drawer. Under your bed. Closet. Bathroom. Kitchen (above the stove and any containers on top of the cabinets.)

‘Oh, and thanks for locking drawers. That way I know exactly where the valuables are. I can open that cheap wood drawer as quickly with a crowbar as pulling it open.

‘Last thing is any drawer by the door – especially in the kitchen. I’ll make sure I grab a single key so that I can revisit you after you replace all the stuff I stole.’ 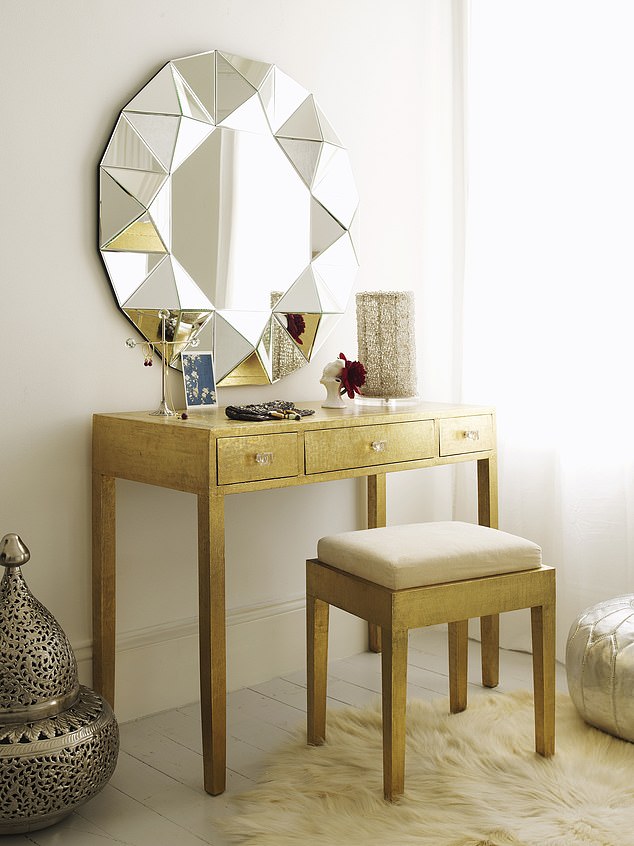 One user suggested tricking robbers by buying ‘expensive looking’ costume jewelry and putting it on display in the home. Stock image

One user suggested tricking robbers by buying ‘expensive looking’ costume jewellery and putting it on display in the home, and place some money on top so thieves take the worthless jewellery and a small amount of money rather than well-hidden valuables.

DON’T BOAST ABOUT YOUR HOLIDAYS ON SOCIAL MEDIA

Another simple tip was: ‘Don’t put pics on Facebook /social media of you and your family going on a week long trip from the airport.’

Another said that ‘LED lighting is cheap’ when it comes to protecting your home.

They insisted: ‘If your house is going to be vacant for a while, consider investing in one of those smart-lighting home automation systems.

‘You can set different rooms to turn on and off at different points in the day. (Kitchen during dinnertime, bedrooms at night, etc.)’

FILL YOUR SAFE WITH DECOY GOODS

‘I can only carry so much,’ one thief wrote.

‘Costume jewellery in the drawers. A firesafe behind the closet door held down with one bolt. (Put in a couple of bricks, a length of chain, the Sunday newspaper, then super glue a ’tile’ gps tracker in it.)

‘The idea is to get about 100 pounds of decoy stuff. If the burglar has all he can carry, hes going to stop.’

HIDE YOUR VALUABLES IN THE ATTIC 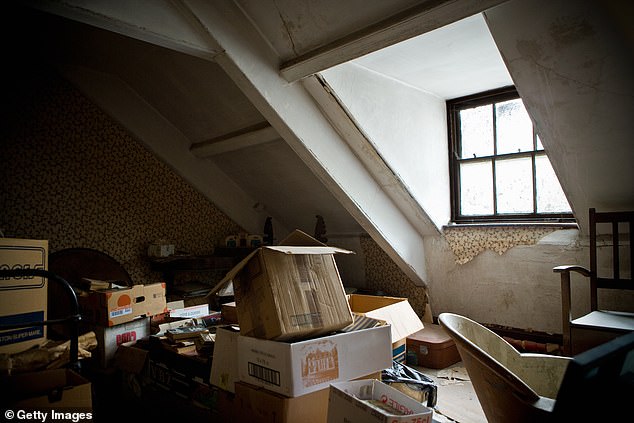 Another revealed: ‘If you hide something in a random box all the way up in your attic, it’s probably safe’. Stock image

Another revealed that while fake rocks are obvious to burglars, leaving your valuables in your attic is a safe bet.

‘Fake rocks are a dead giveaway. Sock drawers are cliche. If you have a small safe that’s not bolted down we are taking that thing.

‘We all have a “safe guy.” Our goal is to get in and out pretty quickly.

‘If you hide something in a random box all the way up in your attic, it’s probably safe.’ 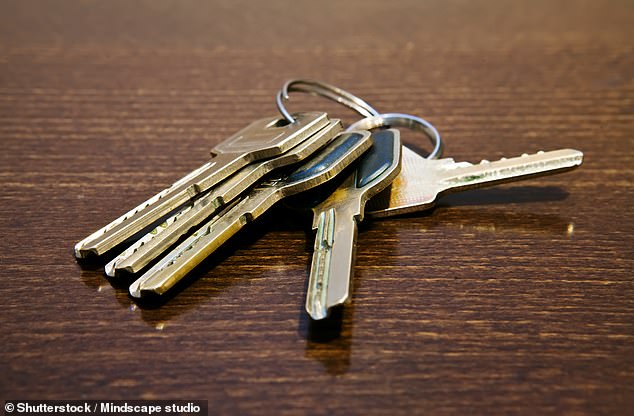 Thieves say to make sure you don’t leave a key on ‘any drawer by the door’ as they may return – or worse so, be able to sneak in and steal your car without you even noticing. Stock image

One thief said: ‘The amount of stolen cars where the burglar takes one step into the house, picks up the keys to the family car and leaves immediately is just sad.

‘I’ve seen cases where the home owner (carrying groceries) doesn’t realise a sneaky individual has followed them, caught the door before it closed and just picked up the car keys as the owner tosses them into a bowl. ‘