The 32-year-old defender was gunned down in his car after being chased by armed men on motorbikes in the Langbroekdreef area of the city last night.

Dutch police are appealing for witnesses in the hunt for two suspects who Dutch authorities say escaped on a black scooter.

Maynard was trying to flee the gunmen by driving towards a nearby fire station, but he crashed into the building.

Witnesses say the defender tried to get away but got caught by a hail of bullets from his attackers, according to De Telegraaf. 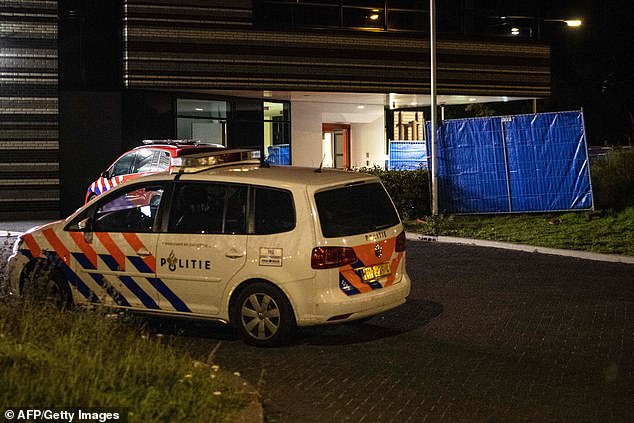 A police car parked outside the fire station in Amsterdam, where Maynard’s car hit the facade after the shooting last night

Paramedics were unable to resuscitate him and officers from the fire station also battled to help Maynard, but he later died of his injuries, according to local media.

A police spokesman said: ‘We can confirm that the fatal victim of the shooting incident on Langbroekdreef last night was 32-year-old Kelvin Maynard.

‘The investigation into his death is in full swing.’ 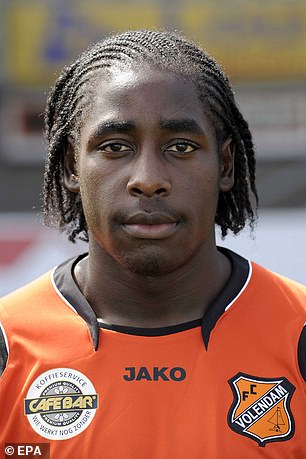 Kelvin Maynard when he played for FC Volendam in the Netherlands

Dutch-Surinamese player Maynard, spent time at Royal Antwerp in Belgium and was at non-league club Alphense Boys, around 28 miles (45km) south of Amsterdam.

His club said on its website: ‘Our deepest condolences go to the wife and children of Kelvin, his family and friends.’

Burton said in a statement: ‘Everyone at Burton Albion is saddened to learn of the tragic death of our former player Kelvin Maynard.

‘Our sympathies go out to all his family and friends at this difficult time.’

Joop Gall, who coached Maynard at FC Emmen, expressed his shock at hearing the news of his death.

He told Dutch newspaper Dagblad van het Noorden: ‘I am lost for words. Has he been murdered? I can’t comprehend what happened. I obviously don’t know what he did outside of the game, but he was a great guy. Very friendly.’ 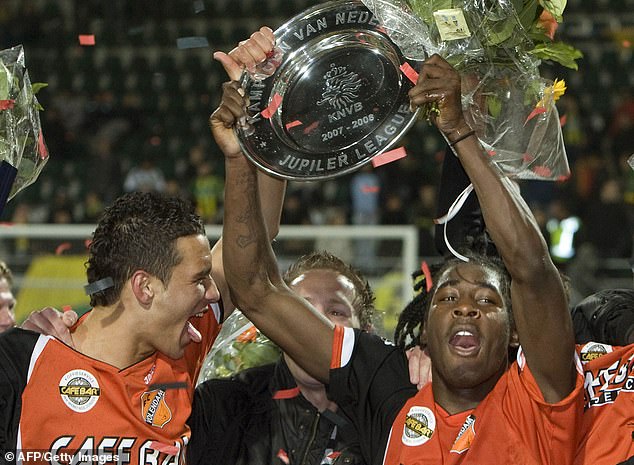 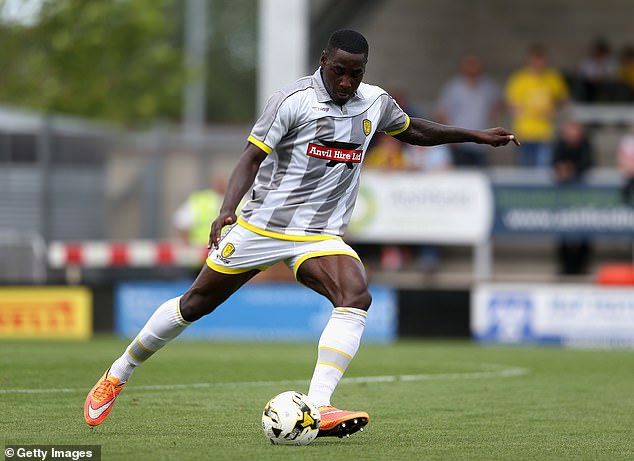 Former Burton Albion and Antwerp footballer Kelvin Maynard was shot and killed in Amsterdam. He is pictured (above) during his time in England

On his arrival in England in 2014, Maynard said: ‘I’m very excited. It was always a dream for me to play in England. We got promoted last year and we can now look forward to playing in League One.’

He scored one goal for Burton but only featured in 10 matches as injury blighted his time at the Brewers.

However the team won the 2014/15 League Two title and were promoted to the Championship, but Maynard was ruled out for the following campaign after suffering a knee injury in a pre-season game.

The defender also played for Kecskemet, FC Volendam and Olhanense and Quick Boys.