While Sex and the City is celebrating 20 years since it premiered on HBO, not everyone is toasting the iconic New York series on dating and fashion in the Big Apple.

Julia Allison, who hails from Illinois, modeled her life in New York after the fictional character Carrie Bradshaw, played by Sarah Jessica Parker, on the enormously popular show. She even became a dating columnist, just like Carrie.

Attending chic parties, attaining the best in fashion and finding her own Mr. Big were the core values Allison ascribed to. She now says blindly following the show as a road map to life left her bitter and broken.

Allison, now 37, wrote a column for the New York Post ahead of the show’s anniversary, and says ‘If I could go back and do it all over again, I wouldn’t.’

‘I went to all the glam parties, was fodder for gossip sites, had signed a deal with Bravo for a reality show, and dated more than my fair share of Mr. Bigs.’

Picture perfect lifestyle: Julia Allison (left) says modeling her life after Carrie Bradshaw (right) from Sex and the City left her unfulfilled, and that she is still reeling from the damage she did to her life 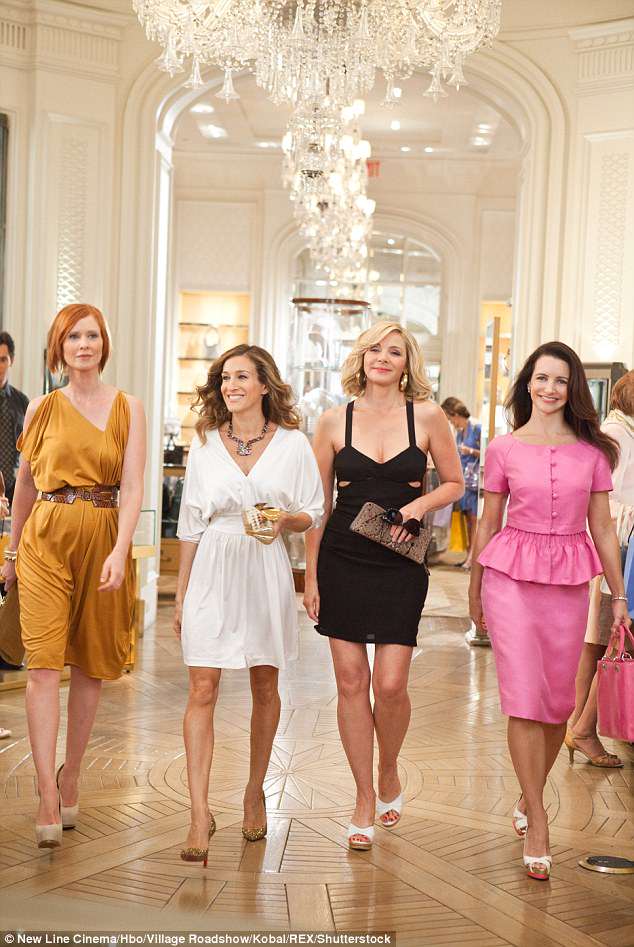 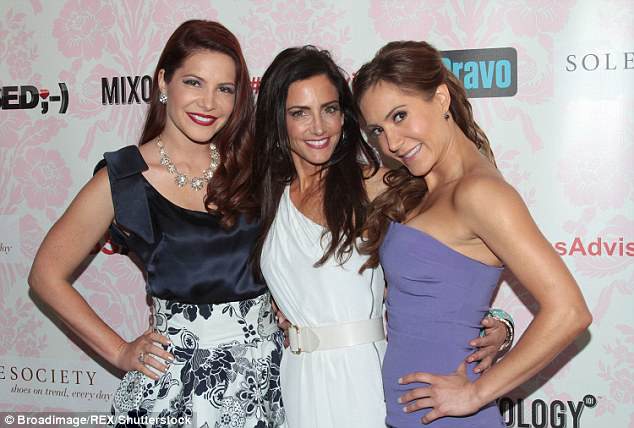 Julia Allison, Emily Morse, Amy Laurent during Bravo’s ‘Miss Advised’ TV series season premiere which ran for one season before it was cancelled

‘I had been profiled in the New York Times, and New York magazine called me ”the most famous young journalist in the city.”

Despite her successes, and says although some considered her Carrie 2.0, Allison felt like a fraud. Like she simply didn’t belong.

‘I grew up a nerd in Chicago, more likely to duck into the library than talk to other kids at recess,’ but once she saw Sex and the City in her senior year of high school, she figured she can completely reinvent herself.

‘I wanted to be like Carrie and her friends: I wanted to be glamorous and beautiful and dress well and have lots of dates. I realized I didn’t have to be a geek anymore.’

The show had such a disproportionate influence on her life, that Allison says despite receiving an expensive degree in government she decided she would instead become a columnist.

‘I emailed the editor of amNewYork, the free daily paper, no fewer than 16 times in six months, begging for a column, even offering to do it for free.’

She would land the gig, and made just $50 a week per column, and soonafter would land a better paying job with Time Out New York.

‘Still not enough to buy Manolos and barely enough to afford the $2,500 rent for my 400-square-foot apartment in Hell’s Kitchen.’

She did just like her muse Carrie did. She survived on food bought for her on dates, while some of the men she dated bought her the expensive wardrobe staples she was not yet to be able to afford.

‘Different men I dated gave me YSL shoes and status purses, just like Big did for Carrie on ‘SATC.’

By 2006, she landed a six-figure editor-at-large job with Star magazine.

She dated men of stature including Prince Lorenzo Borghese from ‘The Bachelor,’ and even a British ex-boyfriend of ‘Sex and the City’ creator Candace Bushnell, who according to Allison was part of the composite charecter of Mr. Big.

Allison filmed several pilots that weren’t picked up. Many of the reality show variety, which had her in some sort of pseudo-Carrie role. 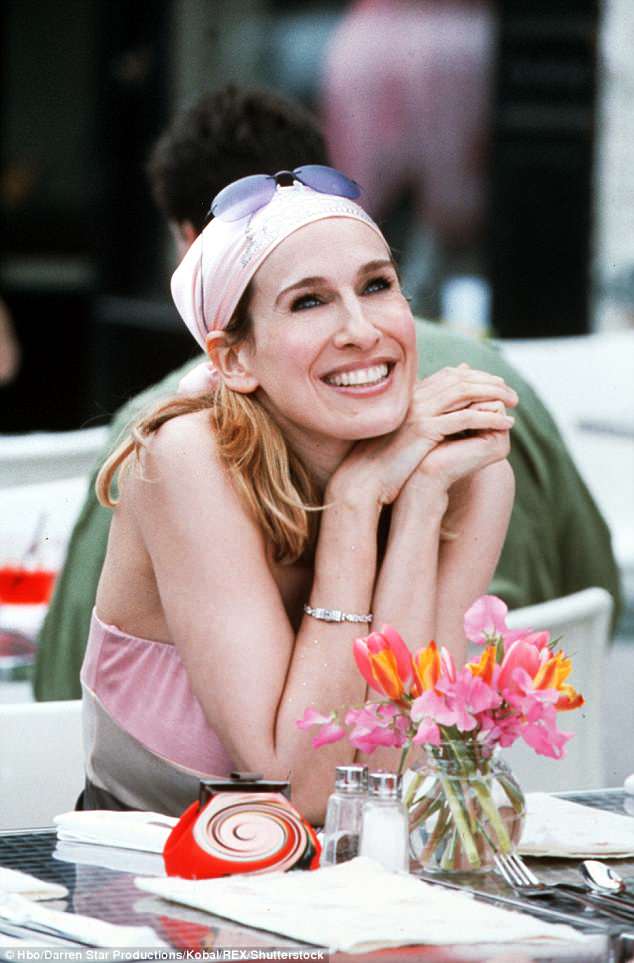 All that glitters: While the women on SATC were absolutely glamorous, they were constantly pining over men, high fashion, and parties 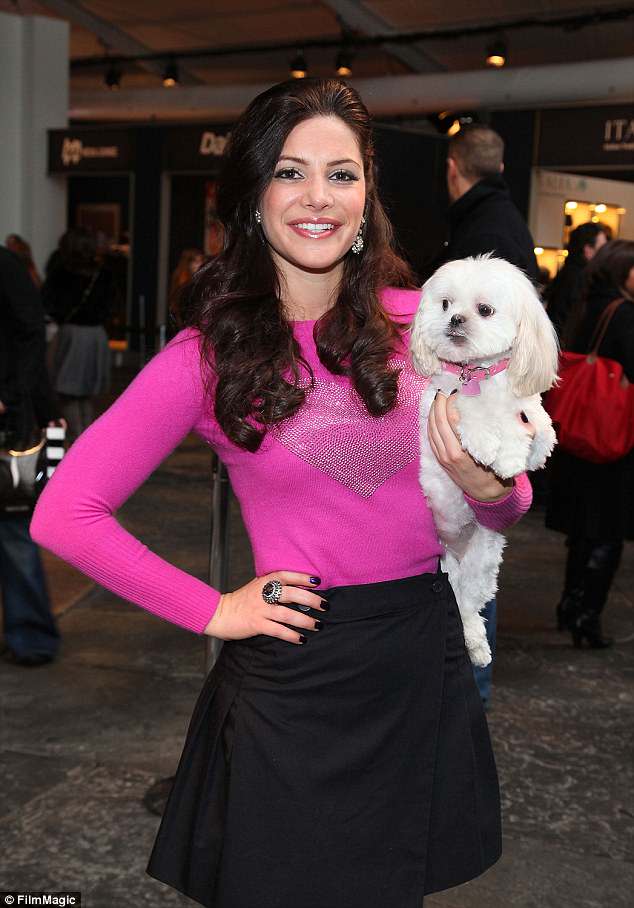 Allison says chasing the lifestyle that was representing on SATC left her empty. She has since worked on her life and getting values in order, but is still struggling with the trauma of chasing the dream

One of the pilots was picked up in 2011 by Bravo, with a show called Miss Advised, centering around a ‘real life Carrie Bradshaw.’

‘I was the dating columnist for Elle in Los Angeles. It was ‘SATC’ meets journalism. Producers sent me to a mind architect, a love coach and a witch in the pursuit of love.’ It wasn’t renewed for a second season, and by now she was starting to be over the whole Carrie thing

So, she says, she was okay with the show not being renewed.

By now, the defunct Gawker site had taken hold of Allison’s image and gave it a thrashing, writing about her, as she says, as ‘much as they wrote about Paris Hilton, but I had none of Paris’ resources to defend myself.’

‘Their core complaint about me was that I was a quote-unquote ‘fame whore.’ They called me ‘one of the most hated people on the Internet.’ They gave me infamy — and I didn’t want it. It was just ugly.’

‘I was trying so hard to be liked that it was coming across as inauthentic and bitchy. Also, it was miserable to have cameras around all the time,’ Allison recalls.

After doing much soul searching, which included moving to San Francisco in 2013 and writing a book on personal-growth book called the ‘Experiments in Happiness.’

Then, she says ‘Finally, I decided to go private for a while. I stopped blogging and writing. I rarely post on Instagram.’

Last year she had a failed relationship with a man that ultimately wanted to be poly-amorous- and, she blames the show.

‘Again, SATC and the ‘lessons’ it taught me, is the culprit… If I was more grounded and had honestly assessed whether or not this man was a good partner for me, I don’t think we ever would have dated.’

After that she went to Bali on a spiritual quest and remained celibate for the eight month journey.

As she reflects on how she’s spent the past decade, she says, she realizes she is still fixing the problems trying to live like a fictional character on a glamorous show about single women in their 30’s living in New York City.

‘These days I work as a change activist, mounting summits for world leaders and serving as an adviser to startups and entrepreneurs looking to better the planet. I’m finally living a life of integrity, and I’m attuned to my values. I never heard about values on ‘Sex and the City.’

Now she says, she wishes she never heard of the show in the first place. 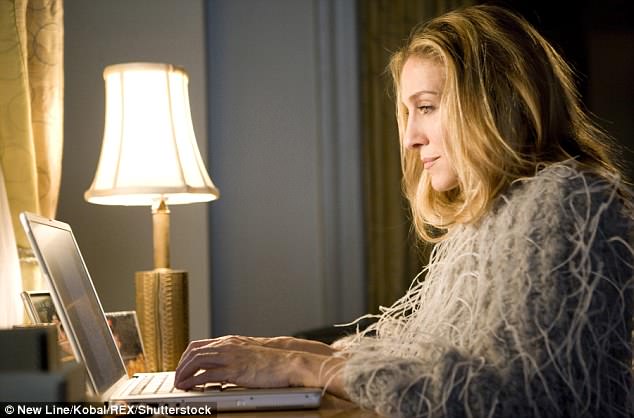 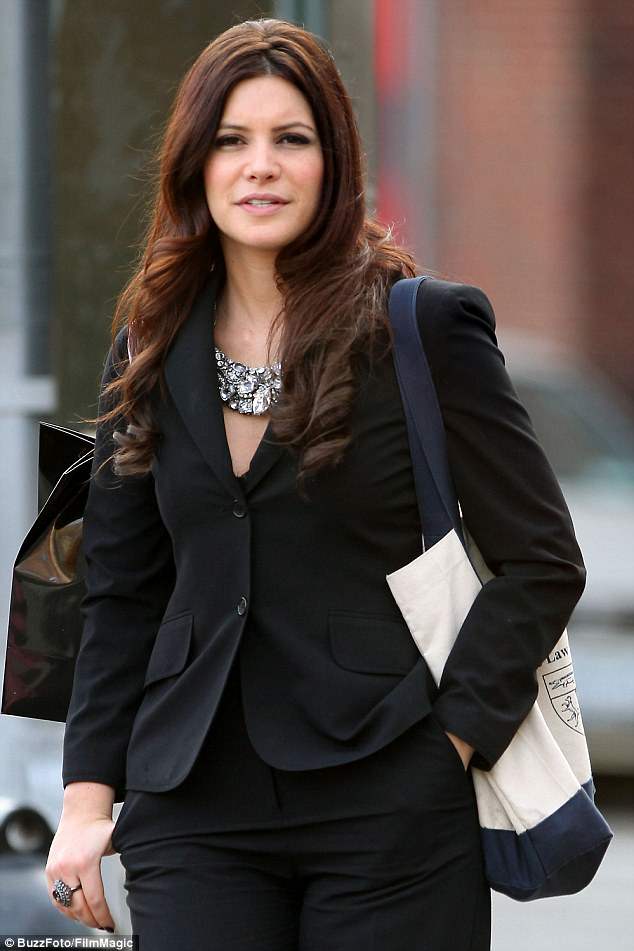 ‘I’m sure there are worse role models but, for me, it did permanent and measurable damage to my psyche that I’m still cleaning up.’

‘Sure, I could have been a dating columnist for the rest of my life but, honestly, I gave really bad dating advice — and so did Carrie Bradshaw.’

‘I do wonder what my life would have looked like if ‘Sex and the City’ had never come across my consciousness. Perhaps I’d be married with children now? Who knows, but I can say for sure that, as clever and aesthetically pleasing as the show was, and, as much as I agree with its value of female friendships, it showed too much consumerism and fear of intimacy disguised as empowerment.’

Now, Allison says, she is in a relationship with a man she would have never dated 10-years-ago.

‘This man is a very reasonable choice, and I’m at a place in my life where reasonable is very sexy.’

And she says, she has put away all the things that were a staple of what she thought she wanted to be.

‘I’ve put away the pink party dress. The designer shoes and bags are in storage. Now, I feel like genuine me. I’m no longer a Carrie Bradshaw knockoff.’