The 34-year old actress, author and anti-knife campaigner, best known for her role as Kelly Taylor on the BBC soap, confirmed her marriage in a photo shared by manager Jonathan Shalit on Thursday evening.

Dressed in a sweeping ivory gown, Brooke – who met Simon through his close friend, popular TV personality Judge Robert Rinder – looked stunning as she posed alongside various members of her family.

An accompanying caption read: ‘Today @brookekinsella officially most beautiful Lady in the world (sic). Many many congratulations to u & Simon Boardley.’

Speaking to MailOnline shortly after the ceremony, Jonathan told MailOnline: ‘ITV’s Judge Rinder set Brooke up on a blind date with his best friend Simon and they fell in love!

‘In recent years Brooke is an avid campaigner against knife crime after her sixteen year old brother Ben was tragically murdered in 2008 and in December 2011 she was awarded an MBE by Prince Charles for her services to knife crime prevention.’ 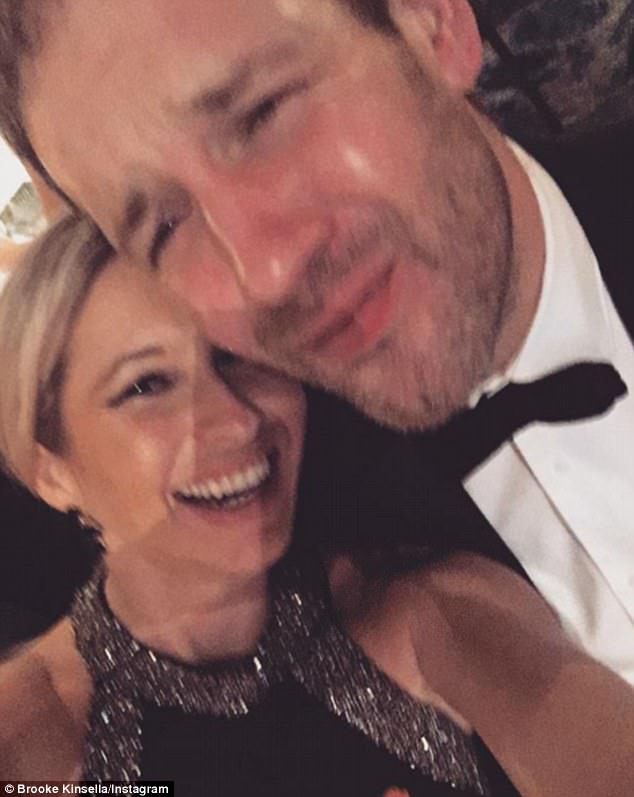 Smitten: Brooke has shared numerous snaps of her new husband across social media 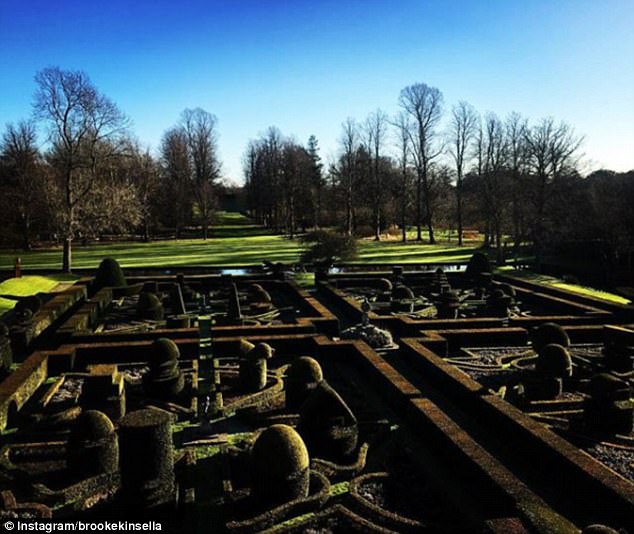 Not forgotten: Earlier that day Brooke appeared to pay tribute to Ben, who was tragically murdered in 2008, in an Instagram post shared with her 11,000 followers 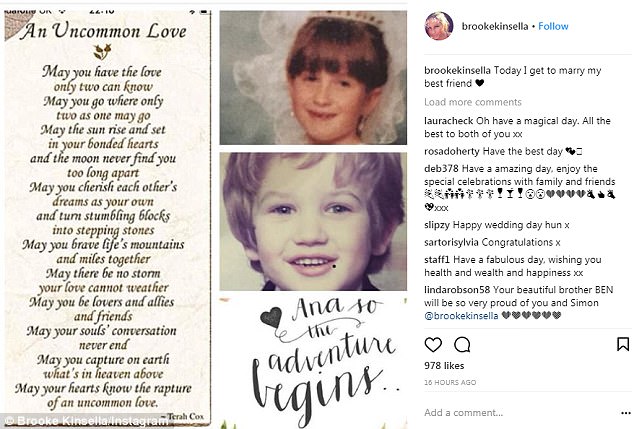 All the love in the world: The actress shared a poem and two throwback snaps as she prepared to marry Simon on Thursday

Earlier that day Brooke appeared to pay tribute to Ben in an Instagram post shared with her 11,000 followers.

Adding a poignant image of a sweeping country estate beneath a clear blue sky, she wrote: ‘There was never any doubt my little angel would bring the sun out for me today.’

She also shared a lengthy poem titled An Uncommon Love alongside two childhood throwback snaps of herself and her husband.

The actress had previously revealed her excitement as she prepared for her special day by uploading a shot of the couple’s wedding rings, with the accompanying caption: ‘One week to go.’ 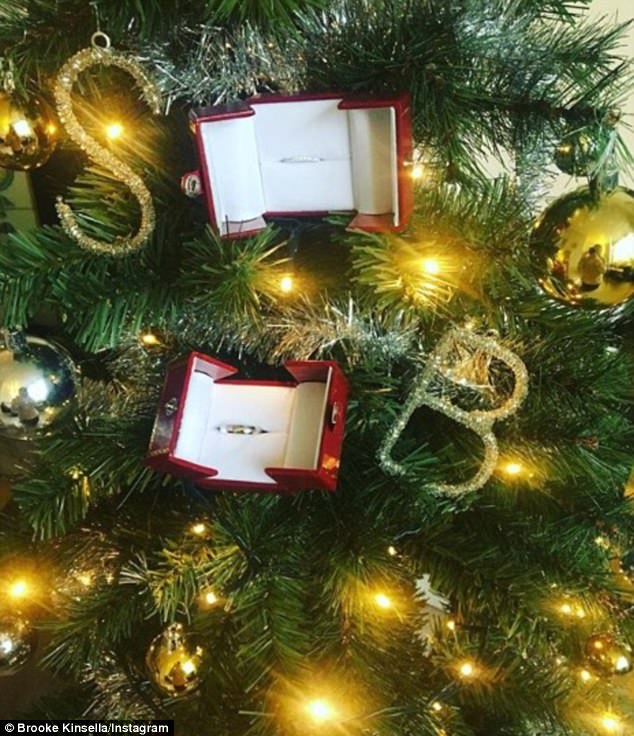 Can’t wait: The actress had previously shared her excitement as she prepared for her special day by uploading a shot of the couple’s wedding rings 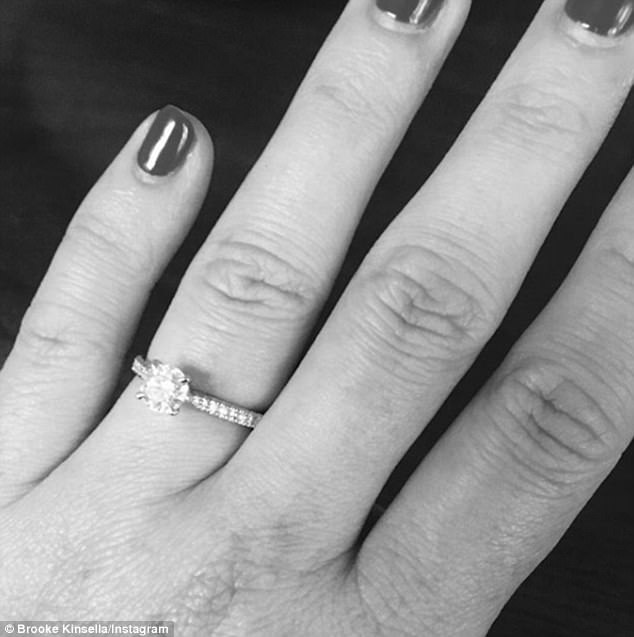 Congratulating the couple ahead of their wedding, one follower wrote:  ‘Ah so exciting! Wishing you all the happiness in the world.’

Another wrote: ‘Sooooo excited for you Brooke!!!’

Referencing their Christmas wedding, a third added: ‘So exciting! Congratulations, what a lovely time of year to marry.’

The post prompted another to praise the actress on managing to organize her wedding over a busy festive period, to which she admitted her family had helped with the arrangements.

Posting a response, she wrote: ‘Well, I actually have a mumma who’s a godsend. Her house is like Blue Peter at the moment. We are making our own gin and everything… #DIYWeddings.’

Brooke announced her engagement to Simon in July by posting a snap of her sparking ring on Instagram with the caption: ‘And they lived happily ever after.’ 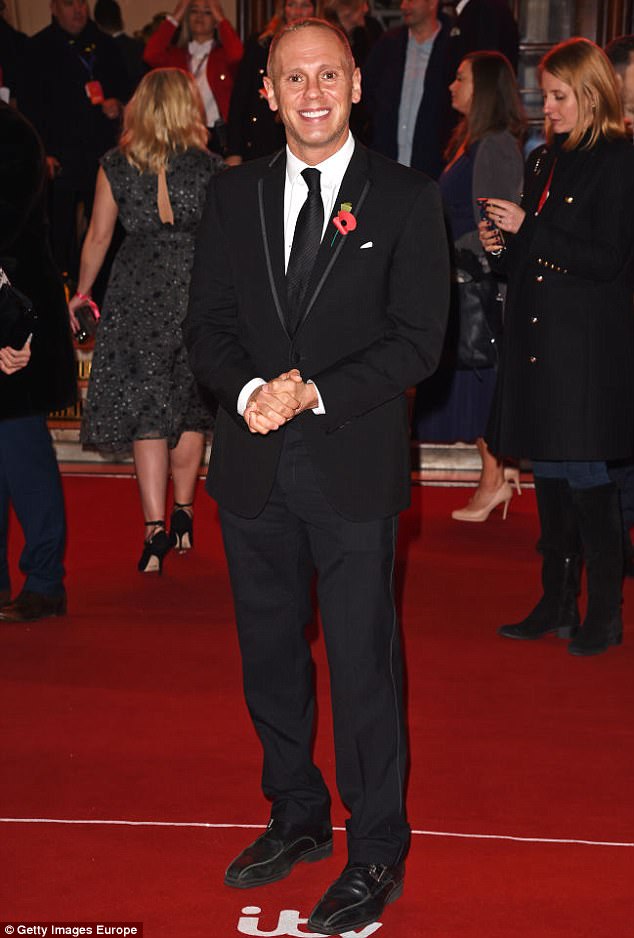 The actress has been a staunch anti-knife campaigner in the years following brother Ben’s murder in north London on Sunday, June 29, 2008.

She was awarded the MBE in 2011 for her tireless devotion to the cause, dedicating the honour in his memory.

Brooke also paid tribute to the scores of young people who have lost their lives to knife crime and stressed the way to combat the scourge was ‘awareness and education’.

Speaking after receiving the award from the Prince of Wales at Buckingham Palace, the former EastEnders star, who was joined by her parents Debbie and George and her grandmother Gloria, said: ‘Today is so bitter-sweet for me and my family.

‘This is all Ben, it’s not me. I wouldn’t be here without him. 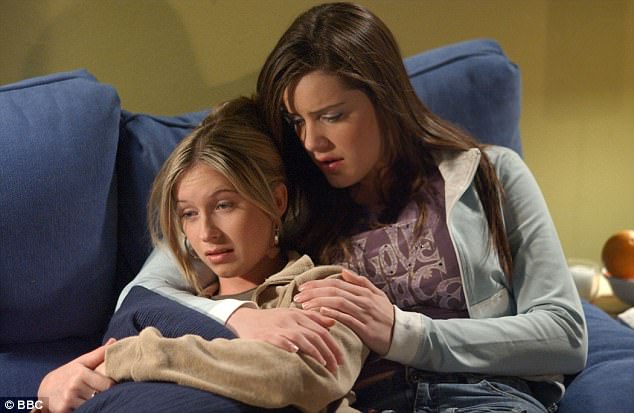 Old times: Brooke is best known for her role as Kelly Taylor on BBC soap EastEnders