A series of remarkable photos show a former Marine-turned-crocodile connoisseur cuddling up to her very toothy pals.

Savannah Boan, 47, from Florida, who previously served with the US Marines, works at Gatorland in Florida, an attraction which houses over 2,500 crocodiles and alligators.

It’s a dream role for the animal lover, whose official title is Crocodile Enrichment Coordinator, and who considers the reptiles to be her ‘best friends’.

Savannah also works as an ambassador for the Gatorland Global, the park’s conservation arm, and is working hard to change people’s perceptions of the creatures, insisting that they are perfectly friendly – unless they’re in a bad mood.

Incredible pictures show the alligator aficionado putting her money where her mouth is by posing for a toothy selfie with huge albino crocodile Pearl, and proudly snapping a picture alongside her 13-foot-long ‘best friend’ Dundee.

Savannah Boan, 47, from Florida, who previously served with the US Marines, works at Gatorland in Florida, an attraction which houses over 2,500 crocodiles and alligators 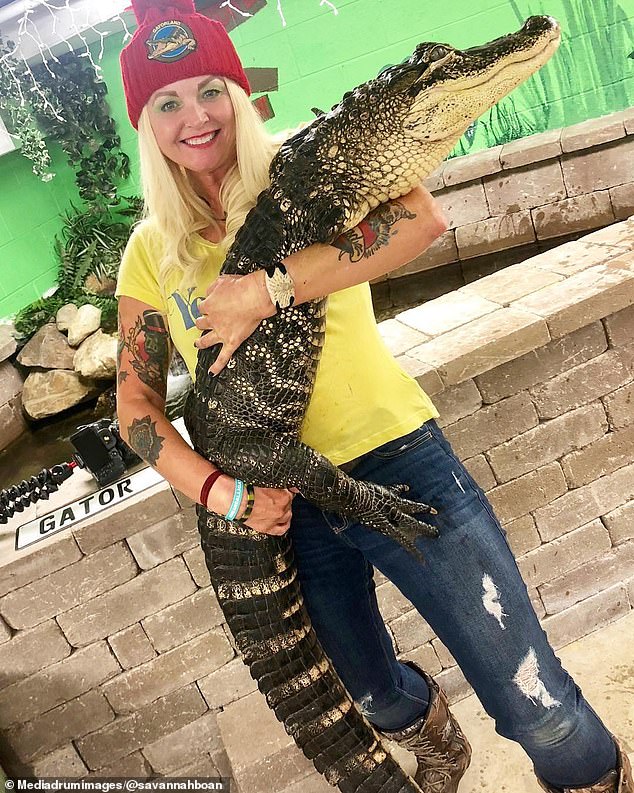 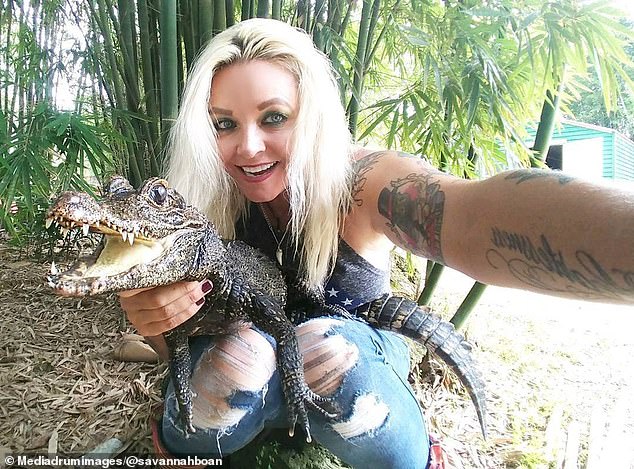 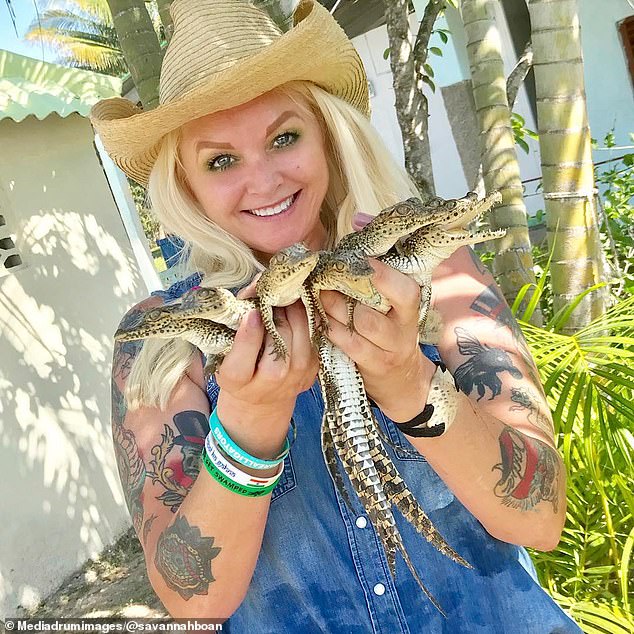 ‘I have loved alligators and crocodiles and all reptiles my entire life and I have wanted to work at Gatorland for as long as I can remember,’ she said.

‘I am so happy to be a part of the Gatorland family of people and animals.

‘Alligators and crocodiles are some of the most misunderstood animals in the animal kingdom – they have way more to fear from us than we do from them.

‘I want people to love alligators and crocodiles and recognize how important they are to the ecosystems in which they thrive.’ 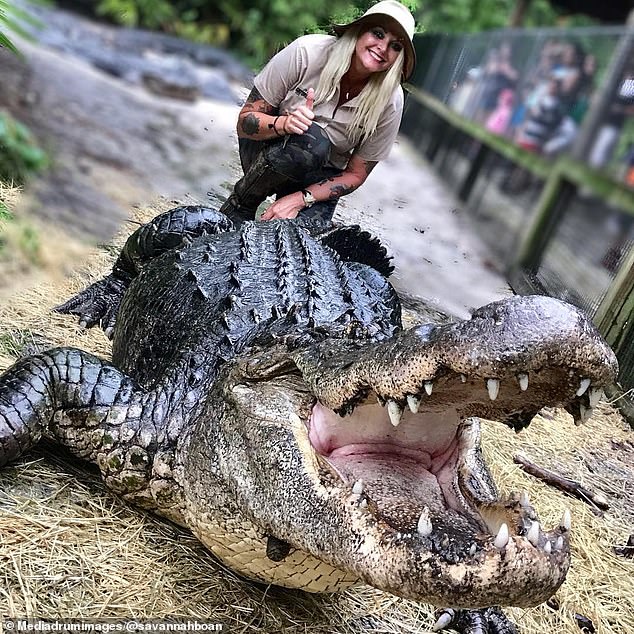 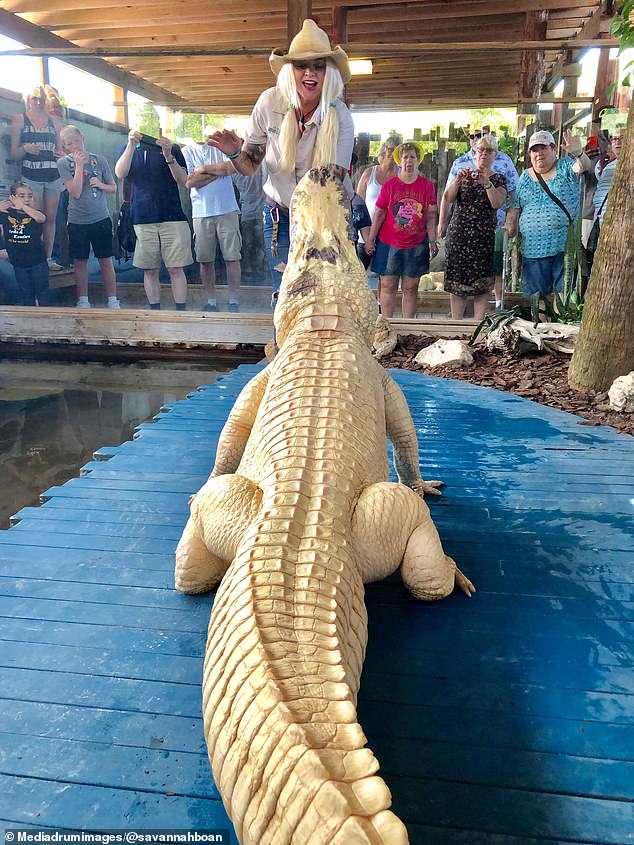 Savannah is seen wowing the crowds with Pearl, a rare albino crocodile, as she enjoys another day on the job 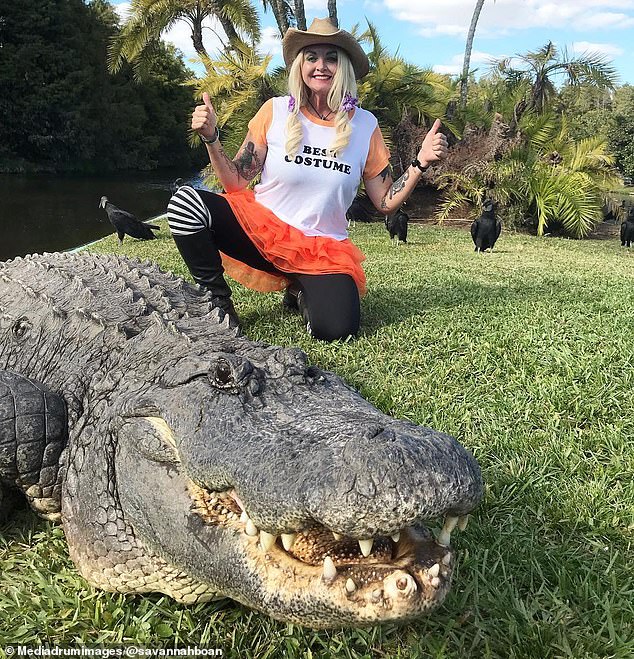 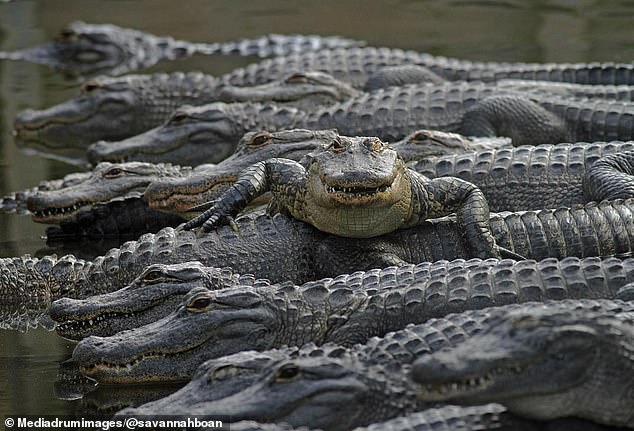 But dealing with the huge predatory beats on a day-to-day basis is far more than just a job for Savannah.

‘My best friend in the entire world is Blackwater, he is a rescue alligator with the best personality of any alligator I’ve ever met, we spend a lot of time together,’ Savannah, who recently returned from a conservation project in Jamaica, said.

‘Crocodiles and alligators are a lot smarter than people think, I have relationships with all of the animals I care for at Gatorland, I have a great respect for them and they respond accordingly, unless they’re in a bad mood.

‘As far as crocodiles go, Dundee is definitely my favorite.

‘He even lets me do a little dental work on him so technically I’m kind of a crocodile dentist as well.

‘I think by showing people the softer side of alligators and crocodiles, I can hopefully change their perspective and perhaps endear the general public to them. 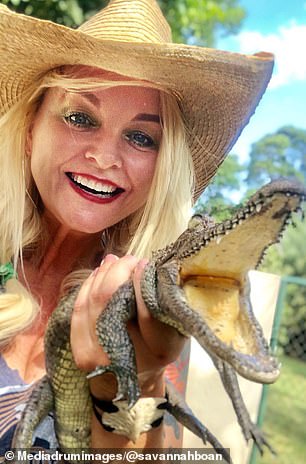 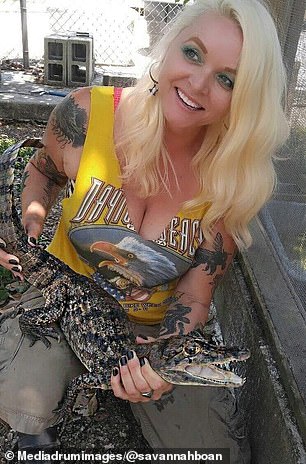 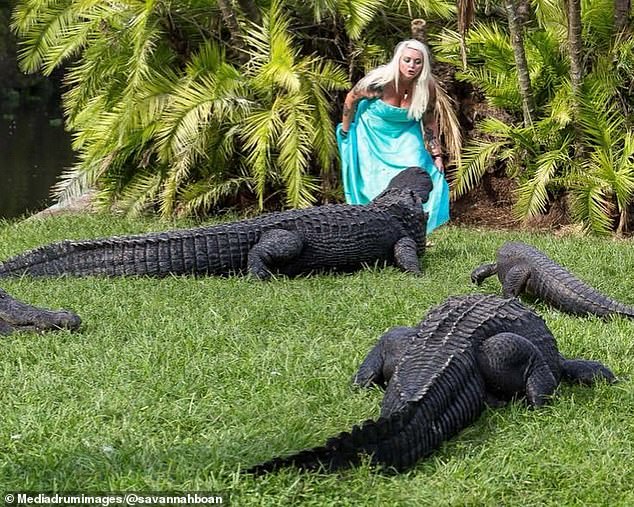 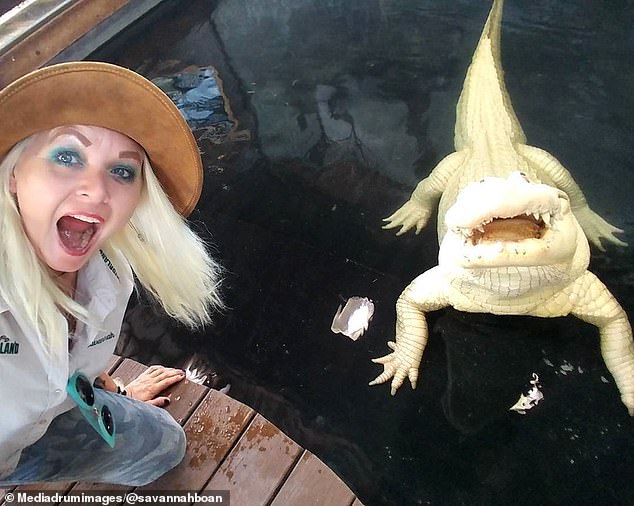 Happy snapper: Savannah takes a picture with an albino crocodile during a standard day at work

‘People protect what they love, and if I can help people love them too maybe they will want to protect them as well.

‘Alligators and Crocodiles have always been portrayed as mindless monsters, but they are not villains.’

As one might expect, one of the questions Savannah face most often is ‘how can you tell the difference between a crocodile and an alligator?’

You can keep up to date with Savannah’s alligator antics on her Instagram, where her jaw-dropping pictures have helped her to earn an impressive fan base of more than 132,000 followers.

And it’s not just alligators and crocodiles that Savannah loves getting up close and personal with; her Instagram is also home to snakes, bats, lions, and monkeys, all of which she meets while traveling for her work in conservation. 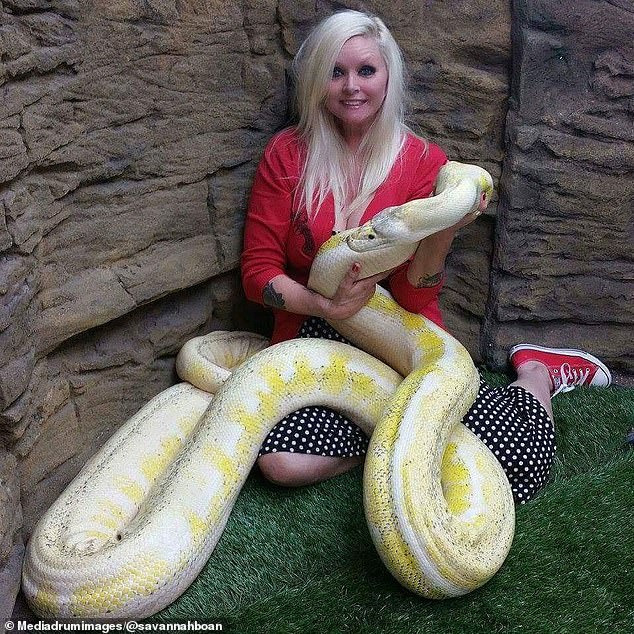 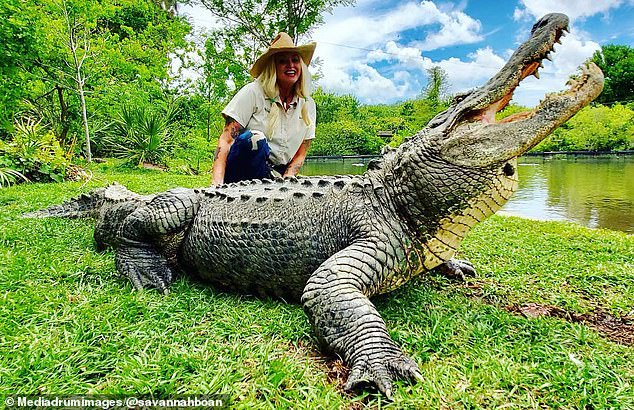 There are over 2,500 alligaots and crocodiles at Gatorland. which Savannah works with