Smith told guests at the International Press Freedom Awards that ‘vilification of the press is now a global phenomenon – we don’t have to look far for that’.

The 55-year-old did not mention Trump by name but there was little doubt who he had in mind after clashing with Trump supporters and even drawing the anger of the President himself before his departure last month.

Smith, who was hosting the event in New York City last night, also revealed he was donating $500,000 to the Committee to Protect Journalists which hosted the awards.

In his opening remarks, he said: ‘The free press is the underpinning of a democracy, and it cannot be taken for granted.

‘The events of the last decade have shown us that independent journalism is more necessary now than it ever has been.

‘Journalists [around the world] continue to be murdered and thrown in prison when they speak out. But governments have learned less crude techniques to stifle and censor our work.

‘Our belief a decade ago that the online revolution would liberate us now seems a bit premature, doesn’t it?

‘Autocrats have learned how to use those same online tools to shore up their power. They flood the world of information with garbage and lies masquerading as news.

‘There’s a phrase for that,’ he said to laughter, seemingly referring to Trump’s refrain of ‘fake news’.

He continued: ‘Intimidation and vilification of the press is now a global phenomenon. We don’t have to look far for evidence of that’ – an unmistakeable reference to Trump.

‘Press freedom is not the preserve of one political group or one political party, it’s a value embedded in our very foundational documents,’ he went on.

Smith, who had signed a contract extension last spring, said last month that he had asked the network to let him out of his deal and it had agreed. 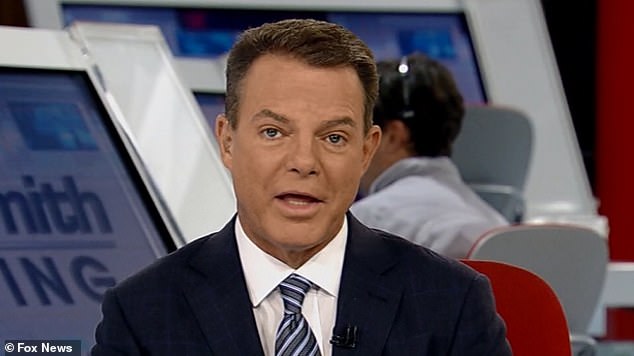 Resignation: Smith, who had signed a contract extension last spring, said last month that he had asked the network to let him out of his deal and it had agreed 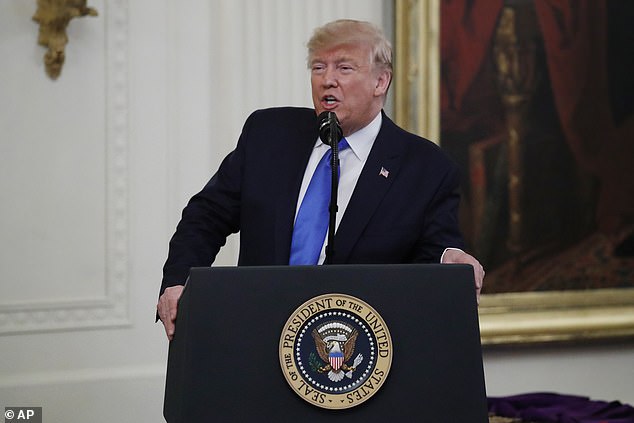 Critic: Trump (pictured) had taken aim at Smith more than once on Twitter, calling him ‘low ratings Shep Smith’ and citing him as an example of falling standards at Fox

His Fox News program became an increasing outlier on a network dominated by supporters of the President.

The anchor had frequently debunked claims made by Trump and his supporters, including Fox News opinion hosts.

Last summer Smith took aim at what he called Trump’s ‘misleading and xenophobic eruption’ after the President told four Democrats to ‘go back’ to their supposed home countries.

Two weeks before his resignation, Smith clashed with Tucker Carlson over comments by judge Andrew Napolitano which criticized Trump.

A guest on Carlson’s show called Napolitano a fool, sparking an angry response from Smith who said it was ‘repugnant’ to attack a colleague that way.

Trump himself had taken aim at Smith more than once on Twitter, calling him ‘low ratings Shep Smith’ and citing him as an example of falling standards at Fox.

After Smith’s departure, Trump mockingly asked if he was ‘leaving because he had bad ratings’.

In an interview with Time magazine in March 2018, Smith said that ‘they don’t really have any rules on the opinion side.

‘They can say whatever they want,’ he said. ‘Some of our opinion programming is there strictly to be entertaining. I get that. I don’t work there. I wouldn’t work there.’

Smith said he was not retiring, although his agreement with Fox will forbid him from working elsewhere ‘at least in the near future.’