A Sydney geography teacher has admitted to having sex with a 14-year-old male student on three separate occasions.

Monica Elizabeth Young, 23, fronted Downing Centre District Court on Monday – without her engagement ring or the supporvt of her fiance – and admitted to aggravated sexual intercourse with the boy in Homebush in June and July, 2020.

Her victim and another teenage boy were due to pre-record their evidence on Tuesday and Wednesday ahead of her five day trial beginning on September 21.

But former top prosecutor Margaret Cunneen SC, who was enlisted to defend Young, on Monday indicated her client would be willing to plead guilty to three of the initial 12 charges.

On Tuesday morning, the Director of Public Prosecutions indicted Young on three counts of aggravated sexual intercourse with a child. 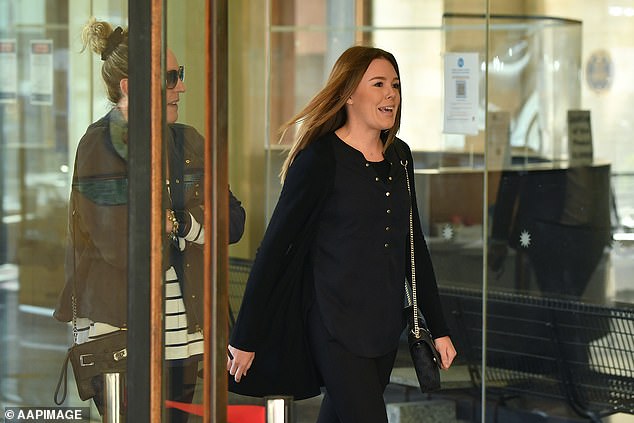 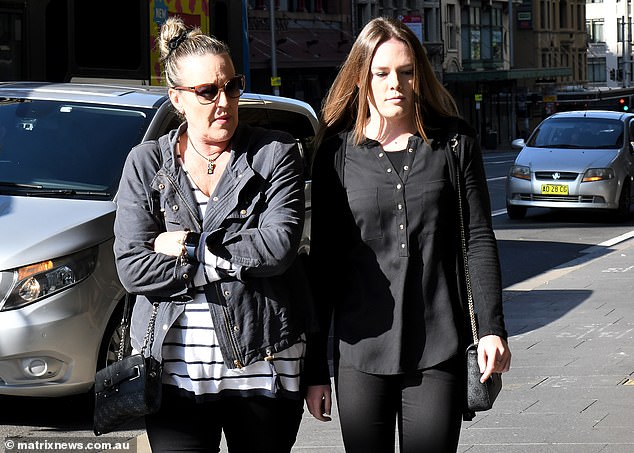 She was supported by an older female companion when she fronted court on Monday – but Young’s fiance, who once vowed to stand by her, was not present. She also was not wearing her engagement ring

Young stood before Judge Kate Traill and meekly pleaded guilty to having sex with her teenage student on three separate occasions in Homebush in Sydney’s west between June 21 and July 3.

A police statement of facts previously tendered in court said Young drove her pupil to a western Sydney park, mounted him and had sex in her car.

The aggravated element of each of the charges stems from the fact that the boy was under her authority and that Young had a position of trust at the time of offending.

She will undergo a psychiatric assessment before she is due to be sentenced in June.

‘We have medical personnel lined up and are hopeful for some treatment regimes before the inevitable,’ Ms Cunneen told the court.

Judge Traill did not alter Young’s bail conditions following her guilty plea and there was no suggestion she be immediately taken into custody. 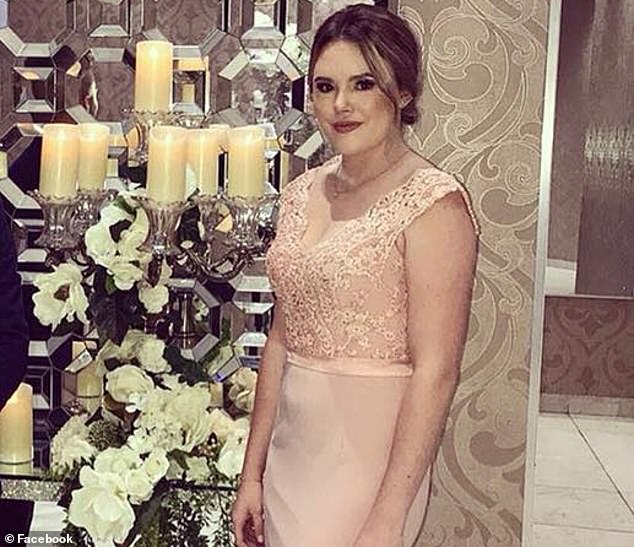 Monica Elizabeth Young, 23, fronted Downing Centre District Court on Monday where she admitted to aggravated sexual intercourse with the boy in Homebush in June and July, 2020 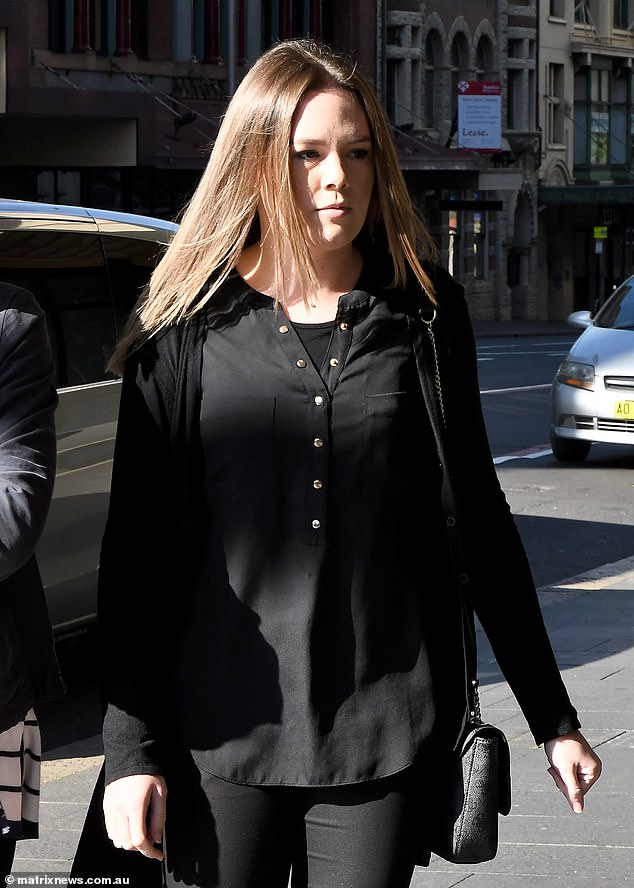 Her long, blonde hair had been chopped into a blunt mid-length bob and her coloured a darker brown 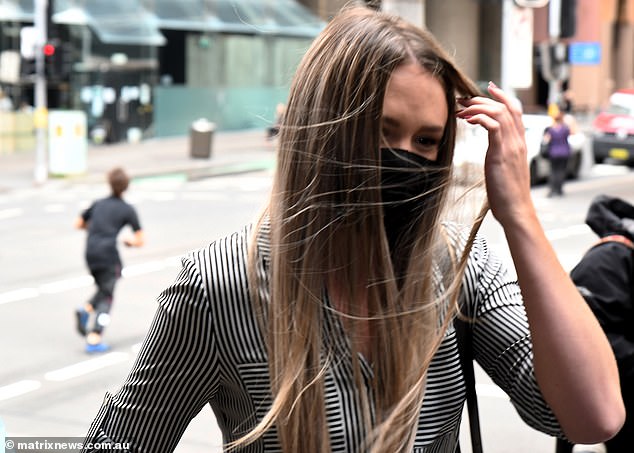 Young was also pictured back in February without her engagement ring

The maximum penalty for each count of aggravated sexual intercourse with a child under 16 is 12 years’ imprisonment.

Prosecutor Alexander Terracini told the court he would argue custody ‘is the only option’ for Young when she is sentenced on June 24.

Currently living with family, Young must report to police on a daily basis, adhere to a strict 8pm to 8am curfew and can only leave the house while accompanied by her parents or grandmother.

Ms Cunneen said on Monday Young was ‘very anxious to avoid a situation where [the victim] had to endure another weekend of concern about having to do this [give evidence]’.

‘My instruction from Ms Young is to put him out of his misery as soon as possible,’ she added.

The Director of Public Prosecutions initially indicated they would have a response to the submission by close of business on Monday, to avoid potentially unnecessarily making the witnesses give their testimony on Tuesday. 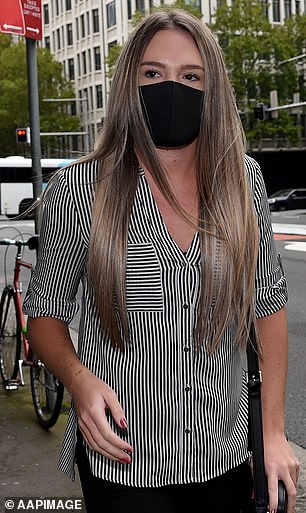 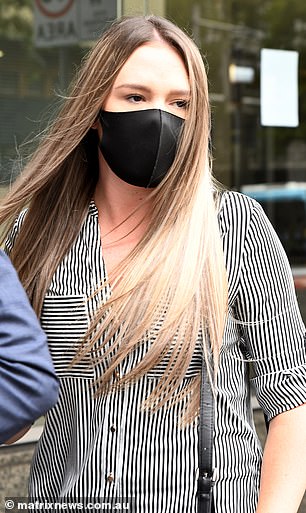 Young was last pictured back in February when she was due to appear in court – sporting longer, lighter hair and a face mask due to Covid restrictions

‘Everybody that needs to know will know as soon as I know. We all need to have some direction as soon as possible.’

Young looked unrecognisable as she entered the Downing Centre flanked by Ms Cunneen, solicitor Gazi Abbas and a female companion.

Her long, blonde hair had been chopped into a blunt mid-length bob and her coloured a darker brown.

She also went without her engagement ring and her fiance, who initially insisted she was innocent, did not appear in court to support her.

It is not clear if the pair are still together. 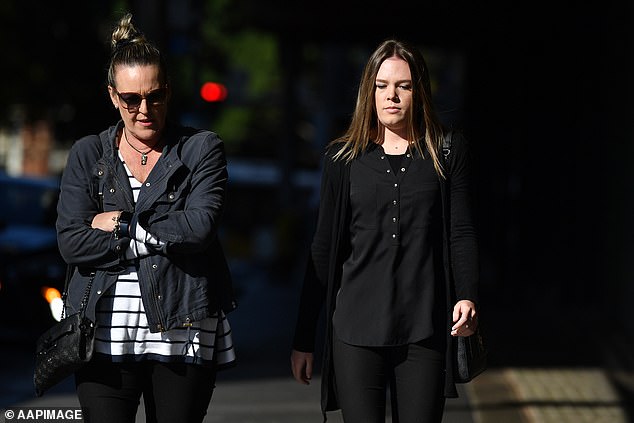 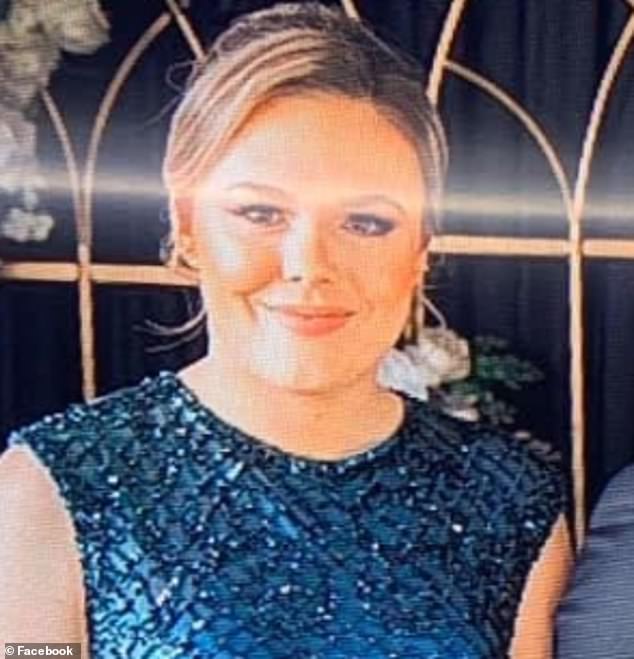 Young had only just started her teaching career when the offences occurred between June 24 and July 6 last year.

Young spent a month in custody last year before she was released on strict bail conditions.

She had maintained her innocence and entered an official plea of not guilty right up until last week, when her counsel claims to have contacted prosecutors wanting to plead guilty to some of the charges.

Prosecutor Alexander Terracini provided the court with documents relating to three other offences that will be taken into account at the time of sentencing.

They will not result in a conviction.

Young no longer works as a teacher. She is due to be sentenced on June 24. 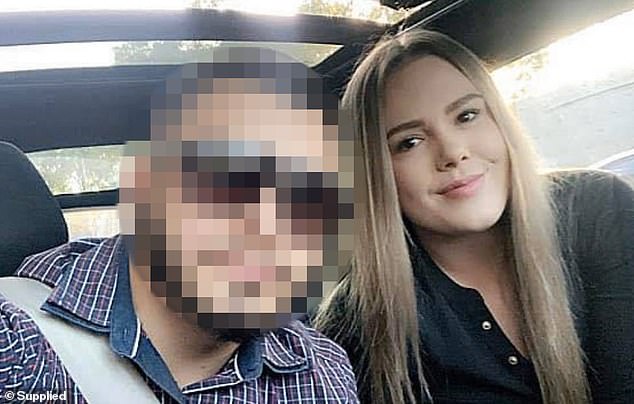 Monica Elizabeth Young (pictured) originally pleaded not guilty but admitted to three counts of aggravated sexual intercourse with a minor. Pictured with her fiance