Clement Attlee, the former Labour prime minister, took in a child refugee who escaped Nazi Germany before the outbreak of World War Two – and kept it a secret – until now.

Mr Attlee, who was then the leader of the opposition secretly sponsored the boy who fled Hitler’s Germany with his Jewish mother and brother in 1939, it has been revealed.

Paul Willer, the former child refugee who is now 90, was brought safely to the UK to live with the Attlee family in London, testimony and letters given to the Guardian have proven.

Speaking from his home in South Cerney, Gloucestershire, Mr Willer told The Guardian Attlee, his wife Violet and their own four children took him in on Easter Sunday 1939.

Labour Party leader Clement Attlee (1883 – 1967) on holiday at Nevin in Wales, with his wife Violet and their daughters, Janet and Felicity, 2nd September 1938. Felicity’s daughter says her mother told her about the time they took in a refugee

He said: ‘It was a remarkable kindness, a generous offer.

‘Attlee was a modest man. He did not try and glorify himself in any way. He did it for the right reasons.

‘They took me inside what was a very large house. They had a maid and a cook too. The next morning, their son Martin, who was my age, took me upstairs and ran a cold bath, bathed, and encouraged me to do the same.

‘I thought, ‘Is this what they do for Easter?’

‘It turned out that cold baths were what the males in the family did every day,’

Mr Willer has told how he lived in the Attlee home for four months, aged ten, after his family first arrived from the Bavarian town of Würzburg.

His mother was a doctor but was unable to find work and outbreaks of antisemitic violence, including the Kristallnacht (‘night of broken glass’) on 9 November 1938, had terrified her.

The two Willer brothers and their mother Franziska had been abandoned by their Christian Nazi sympathiser father, Johannes, five years before in 1933.

After a stark warning from a friend over the rising antisemitism Mrs Willer began to plan her escape – but her children were unlikely to qualify for Kindertransport because they were ‘half Aryan’.

Mrs Willer turned to the church in Germany and her brother Otto who lived in London did the same. 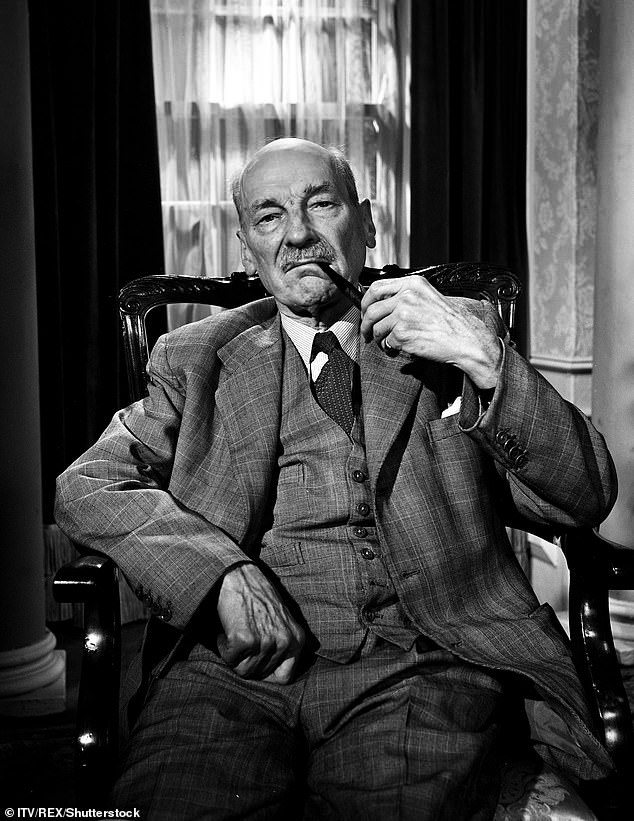 Former Prime Minister Clement Attlee (pictured in 1961) was remembered as a ‘gentle man’ by the refugee he took into his home. Paul Willer said the Attlee men took cold baths at home in London

It was Otto who was successful. He contacted his sister to say there were two families willing to take a boy each in London.

Rev William Hewett, the rector at Stanmore arranged for the Attlee family to take in a boy at their Heywood residence, confirming the offer with two letters.

The letters of guarantee were enough to allow the mother to slip into the Netherlands and onwards to Britain where Clement Attlee, already leader of the Labour Party for four years, was 56-years-old.

Paul, then ten, remembers fleeing over the border.

He told the Guardian: ‘I was proud of my watch, it was a present with luminous hands. One of the German guards on the Dutch border saw it after he boarded our train.

‘The guard said to me, ‘I am sure you would like to hand it over as a gift to the Führer. If you give it me, I will make sure he gets it.’

‘So I had to hand it over. After they left, my mother told me that we were safe, safe from the Nazis.’

Paul spoke no English when he arrived at the Attlee home and communicated with them using Latin through Attlee’s daughter Felicity, after having both learnt it at school.

Speaking about the Labour politician, Mr Willer said: ‘He was a gentle man and a gentleman.

‘He was very good with the children and affectionate. At breakfast, we would gather around the table and he played this game where he held out a coin and asked whose monarch’s head was on it. Whoever gave the correct answer was allowed to keep the coin.’ 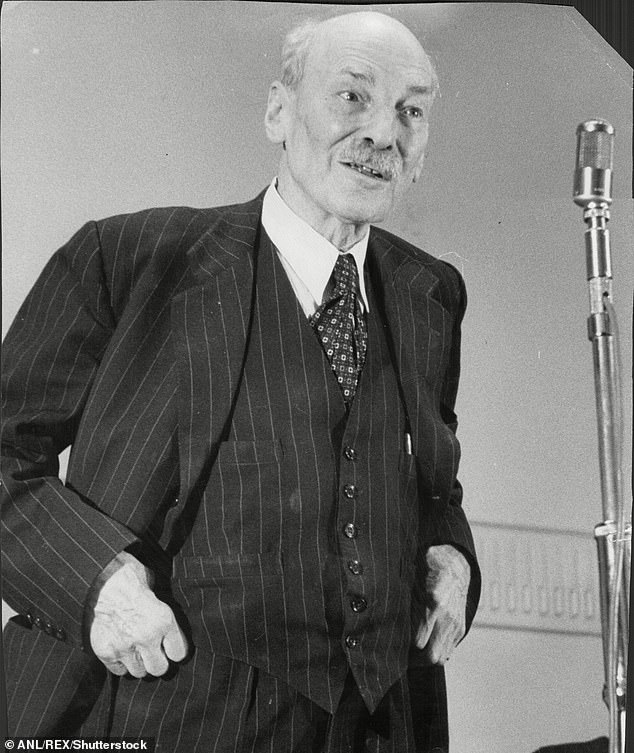 During young Paul’s stay Mr Attlee was formulating Labour’s policy to oppose Hitler’s advances towards the Sudetenland, as he stood against Prime Minister Neville Chamberlain.

His mother wrote her memoirs 1965, a year after his father killed himself in 1964. Mrs Willer died in 2008 but her notes are being kept in the Wiener library in central London.

Before retiring, Paul started a family and lived in Hertforshire, working as a sales manager.

In 1945, Attlee defeated Winston Churchill in a landslide victory.

Clement Attlee’s government enlarged and improved social services and the public sector in post-war Britain, creating the National Health Service and nationalising major industries and public utilities. Attlee’s government also presided over the decolonisation of India, Pakistan, Burma, Ceylon and Jordan, and saw the creation of the state of Israel upon Britain’s withdrawal from Palestine. He died in 1967.

This week, at the event arranged by the Association of Jewish Refugees , the late prime minister’s granddaughter Jo Roundell Greene, a Lib Dem councillor from Somerset, will meet Mr Willer.

She said her mother Felicity, ‘mentioned having a refugee to stay’.