Alabama lawyer James William Woolley, 52, has been sentenced to 20 years in prison for robbery, kidnapping and attempted murder

A former lawyer who threatened to cut off a man’s penis with bolt cutters over a $60 debt has been sentenced to 20 years in prison.

Bicknell was invited to the home of a woman where he had left a piercing kit, where he was ambushed at gunpoint by two men in hazmat suits and threatened with a machete and bolt cutters.

Woolley was sentenced to 20 years in prison for the January 2016 attack on charges of robbery, first-degree kidnapping and attempted murder on Thursday, according to the Washington Post.

The bizarre attack unfolded on January 25 when Bicknell went to the east Birmingham home of a woman named Kimberly Murphy. 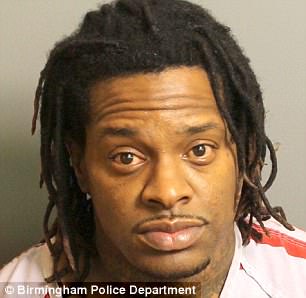 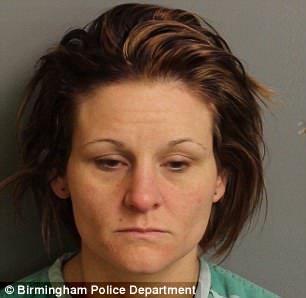 Woolley lured his victim who allegedly owed him money into a violent trap with the help of accomplices Monique Antoine Roscoe, left, and Kimberly Murphy, right,

He was then sent to the basement, where he was shocked when the lights suddenly turned on and he was confronted by two men – Woolley and an accomplice named Monique Antoine Roscoe  – in suits surrounded by tools, according to AL.com.

The victim said the suits may have been painter suits or possibly chicken suits.

He was forced at gunpoint to sit in a chair. He added that the floor was covered in plastic and that the two men had a variety of tools around them that they threatened him with.

The vindictive lawyer began to question the victim about the debt, allegedly striking him in the head with a machete and threatening him with bolt cutters asking him to ‘choose a finger’ to be cut off.

Bicknell insisted that he didn’t know anything about the debt, according to Birmingham police.

Woolley then allegedly put the bolt cutters onto Bicknell’s penis, ‘in an attempt to, or a threat to, remove it’, police said. 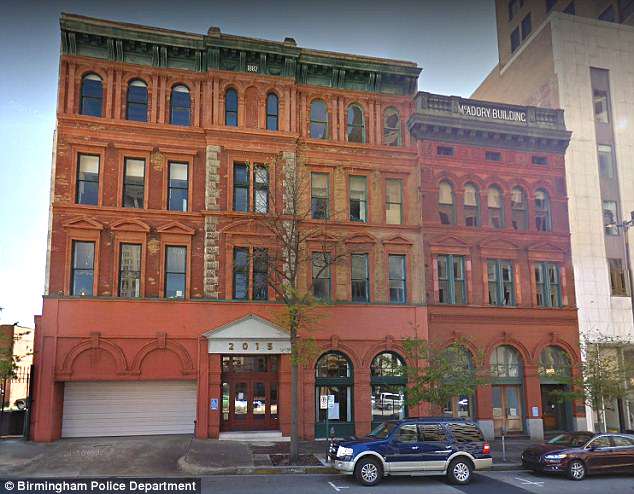 The victim claimed he knew nothing about the debt to the lawyer, office pictured above, who trapped him in a woman’s basement, hit him with a machete, and threatened to cut off his genitals with bolt cutters

The victim managed to escape the basement trap when one of the attackers received a phone call.

As the pair were distracted the victim made a run for it.

Roscoe fired two shots after him as he ran away, but missed his target.

‘It’s kind of ironic that you expect an individual that’s actually practiced law to now be on the other side of the law,’ Birmingham Police Lt. Sean Edwards said to Fox6.

Woolley’s law license was inactive during the time of the attack because he failed to pay his annual dues.

‘This was a monstrous attack, which is particularly reprehensible that these deeds were committed by a man who, as a lawyer, was entrusted as an officer of the court,’ Attorney General Steve Marshal said following Woolley’s sentencing.

‘I am pleased that my office was successful in this prosecution to bring an important measure of justice for this victim,’ he added.

Woolley is now in Jefferson County jail and will serve his sentences concurrently.

His accomplice Roscoe pleaded guilty to charges of first-degree robbery and second-degree attempted assault and was sentenced to 20 years in prison.