Former MAFS star Clare Verrall reveals she was raped at 16

Former Married At First Sight star Clare Verrall is having her own #MeToo moment.

On Saturday, the 34-year-old took to Instagram to reveal that she was raped as a teenager in a heartbreaking post that appeared to be inspired by Bill Cosby’s recent conviction for the sexual assault of Andrea Constand.

‘The first time I was raped I was 16 years old’: Former Married At First star Clare Verrall opened up about being sexually assaulted in a heartbreaking social media post on Saturday

‘He was in his sixties and trusted by all,’ she continued. ‘He took not only my virginity, but part of my soul that day.’

Clare continued: ‘I told no one and lived with the shame and guilt thinking all along that I, a 16-year-old, was somehow responsible for the actions of this vile man.’

The recruitment officer also encouraged other women to speak out about their own experiences to help the next generation of girls growing up. 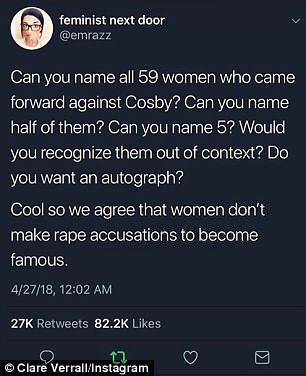 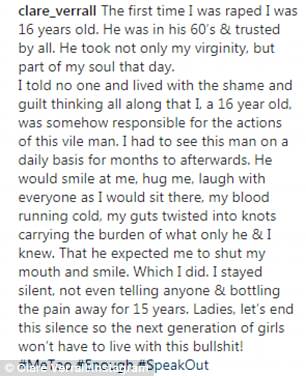 Catalyst: Clare’s confession appeared to be inspired by Bill Cosby’s recent conviction for the sexual assault of Andrea Constand 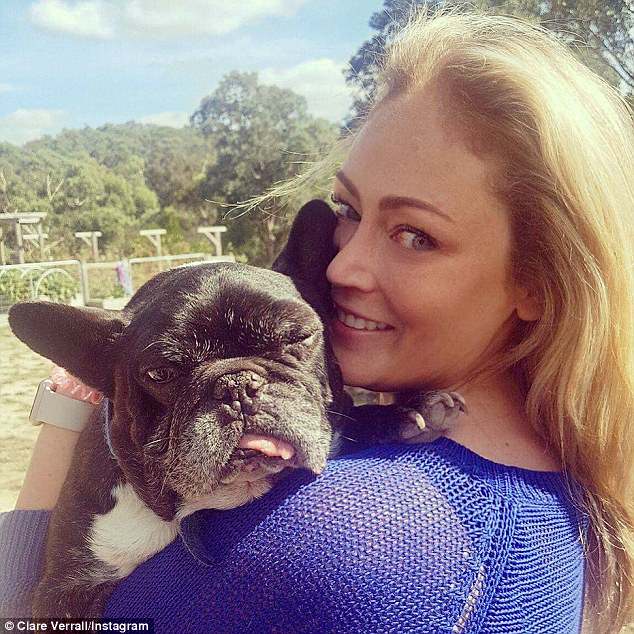 ‘He was in his sixties and trusted by all,’ wrote Clare. ‘He took not only my virginity, but part of my soul that day’

‘Ladies, let’s end this silence so the next generation of girls won’t have to live with this bulls**t!’ she wrote.

In 2015, Clare was also physically attacked by a man while walking her dog near her Melbourne home.

The vicious attack left her with a black eye, broken nose and broken toe, as well as post-traumatic stress disorder (PTSD). ‘Ladies, let’s end this silence so the next generation of girls won’t have to live with this bulls**t!’ Clare used the post to inspire other women to speak out

Speaking to Daily Mail Australia at the time, Clare said: ‘This guy stepped out from this apartment complex and it just happened really quickly… He just grabbed me and threw me back against the wall.’

The attacker then threatened her life, saying ‘something along the lines of “make a noise or scream and I’ll kill you”.’

‘It all happened so quickly and I just kneed him straight in the nuts,’ she revealed.

‘He went down and he was sort of groaning and cursing me and calling me the c-word so I just kicked him as hard as I could twice in the kidneys.’

She then grabbed her dog and ran home as fast as she could. 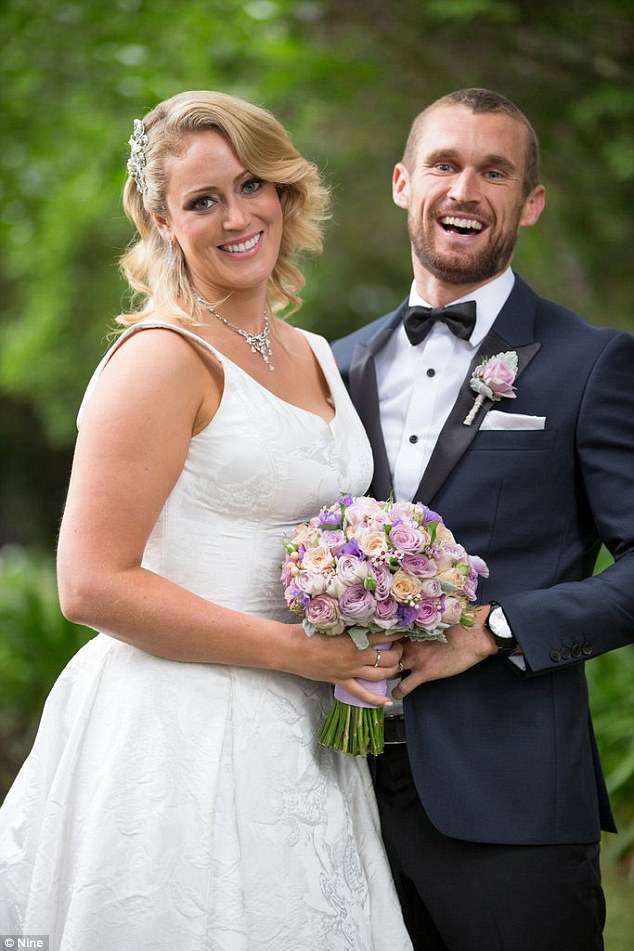 Flashback: Clare shot to fame after appearing on the second season of Married At First Sight