Sportsmail exclusively revealed last week that Leeds were closing in on Armas after they lost coach Mark Jackson to MK Dons earlier this season and have been on the look out for a new assistant coach ever since.

Jesse Marsch now has his man as Armas joins the backroom team, subject to securing a work permit. 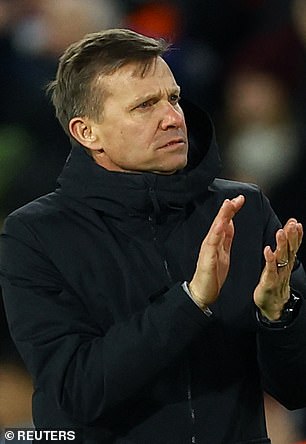 ‘He will be a fantastic addition to the staff, he brings a wealth of experience from across the world and having worked closely with him previously, I am sure he will help us to improve every day.’

Director of football Victor Orta added: ‘We always have constant ideas to improve the team around Jesse and with Chris it is a perfect fit, they have both worked together in the past and he has experience of working in the Premier League.

‘Chris was one of the best ever players in the history of the United States and his determination and skills will add value to our club and we are really happy he has joined us.’ 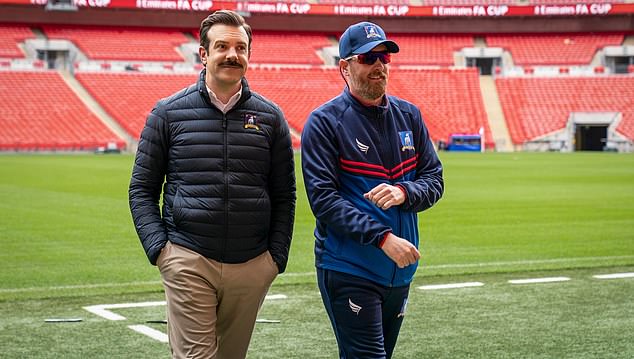 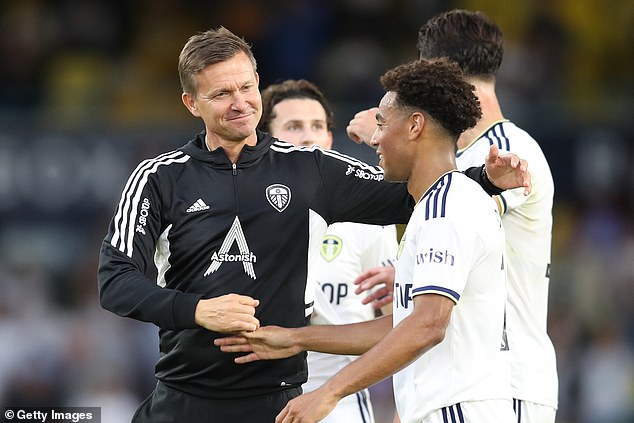 Marsch’s side, who sit just one point above the relegation zone, will receive some new ideas

Armas has experience in the Premier League having worked at Manchester United under interim manager Ralf Rangnick last season – but reports out of Old Trafford suggested not everyone was convinced by the American.

He was reportedly given the nickname ‘Ted Lasso’, after the fictional character from the hit Apple+ series.

But Armas has only good things to say about his time at Old Trafford, telling The Crack Podcast: ‘I’m only grateful, they treated me, I promise you all, tremendously.

‘Upper management, coaching staff, Darren Fletcher, they treated me as if I’d been there forever and they were amazing.

‘With the players, I had a really good rapport, top to bottom, young or older, or superstar. The frustrating thing is you find yourself with this gift, like a pot of gold and I can’t carry it, it’s too heavy.’ 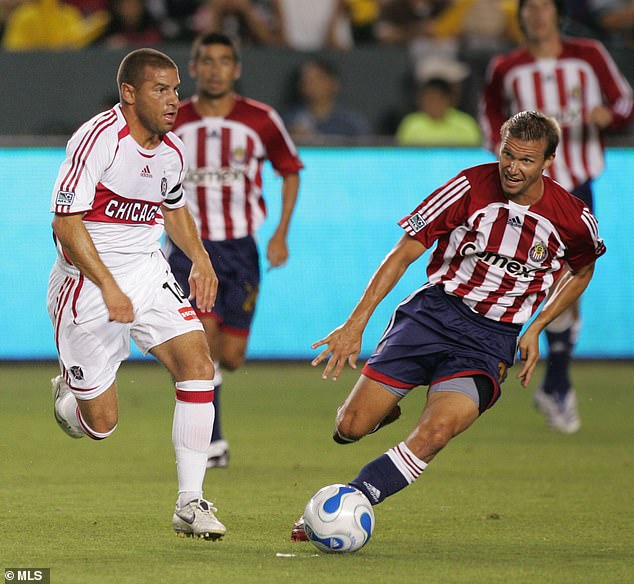 It could be the perfect time for some new ideas at Elland Road, as Leeds currently find themselves just one point above the relegation zone.

Marsch’s side will next be in action in the FA Cup when they face Accrington Stanley, before they travel away to Nottingham Forest on February 5.

Armas, who is expected to be in the dugout for Saturday’s FA Cup match, had a successful playing career in MLS, with both LA Galaxy and Chicago Fire, where he played with Marsch.

He would then go on to be assistant to Marsch at New York Red Bulls until 2018, before taking on the head coach role after Marsch headed for RB Leipzig in Germany.