Former Manchester United treble winner looks unrecognisable… but can you guess who it is?

Former long-serving Manchester United star looks unrecognisable as he proudly poses with an enormous 95lb carp on a fishing holiday in Thailand… but can you guess who it is?

A picture of a former Manchester United star has gone viral as fans struggled to identify the retired star.

The ex-United defender – who spent nine years at the club – wore a wide grin on his face as he held up the impressive sized fish in a post on his social media account.

The 52-year-old – who won two Premier League titles with the Red Devils – is much changed from his playing days, after he was seen with greying stubble in Thailand.

The mystery United man is, of course, former defender David May.

He captioned the post: ‘Can’t beat a bit of carp fishing in Thailand 95lbs PB.’

The image of May went viral as many struggled to identify the player who made 83 appearances during his time at Old Trafford.

May, since retiring, has become an avid fisher and shared multiple pictures of his recent catches – including a gargantuan Arapaima caught in Thailand.

He remains a regular co-host on Man United’s official podcast, on their website, and has conducted multiple interviews with club legends both past and present. 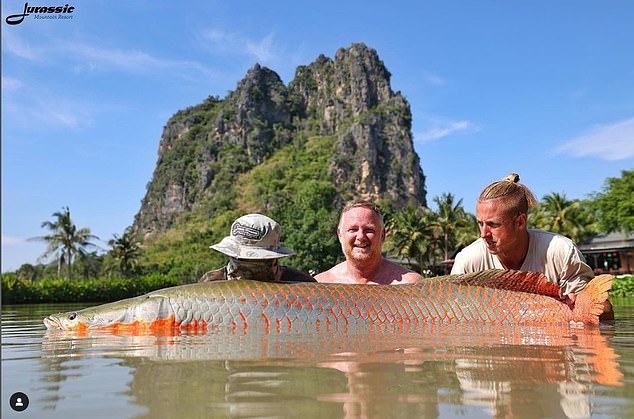 May was signed for £1.2million amid rumours that the defender was unhappy with his situation at Blackburn, following a breakdown in contract negotiations.

In nine years, he won two Premier League titles, two FA Cups and added the Champions League during the 1998-99 season to complete their historic Treble.

He left United to join Burnley – where he made 35 appearances – before ending his career with non-league side Bacup Borough. 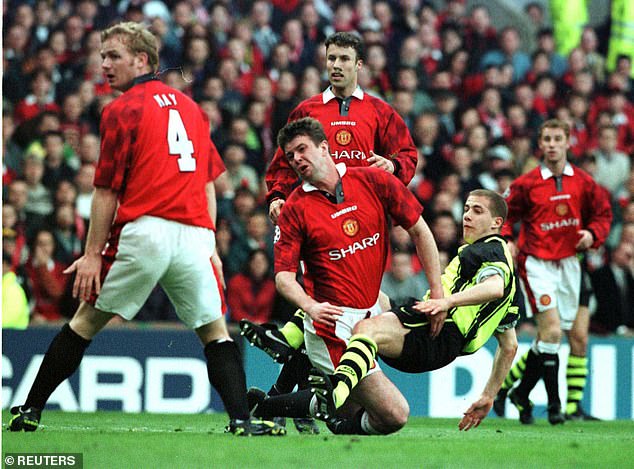