A former Michigan news anchor died at age 31 on Wednesday after an 11-month battle with a rare blood cancer, leaving behind her husband and two young children.

Faith Rempe, who was known as Faith Gantner when she appeared on WNEM-TV5, was diagnosed with myelodysplastic syndrome (MDS) in October 2021, just three weeks after her second son was born.

The broadcaster’s husband, Kurt Rempe, announced the heartbreaking news on Facebook Thursday, the day after her death.

‘Last night, my beautiful wife and best friend Faith Rempe went to be with the Lord after a difficult 11-month battle with cancer,’ he wrote. 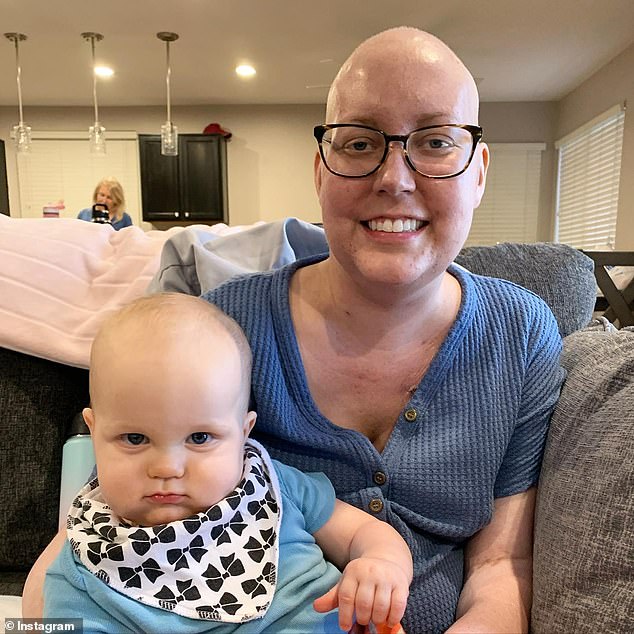 Faith was diagnosed with myelodysplastic syndrome (MDS) in October 2021, three weeks after her second son was born

‘While we are devastated that we will no longer have her beautiful smiling face near us, we can celebrate the fact that we know she no longer has any pain and we will see her again in eternity.’

Kurt asked for prayers for his family as they start the grieving process and make arrangements for Faith’s funeral and memorial.

He also shared a quote from his late wife in his heart-wrenching post, writing, ‘I have peace knowing that God is in control. He has my life and our lives in his hands.’

Faith grew up in Midland, Michigan, after moving there with her family when she was six years old, the Midland Daily News reported. She earned a degree in broadcasting at Central Michigan University and was hired by a local station. 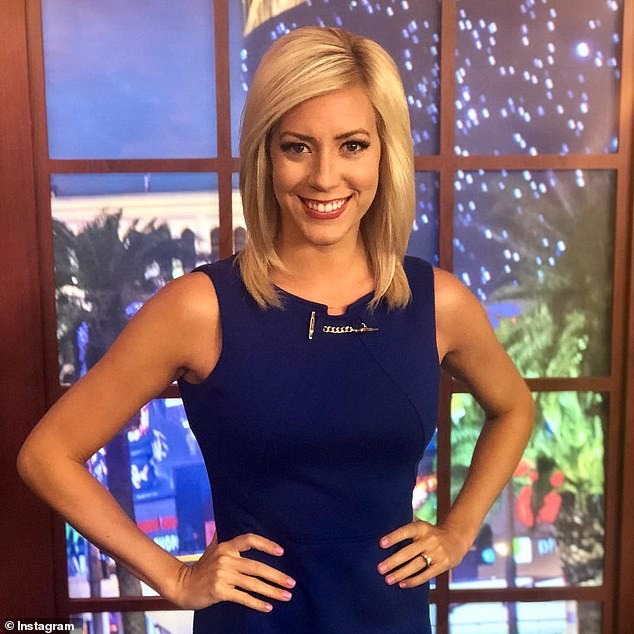 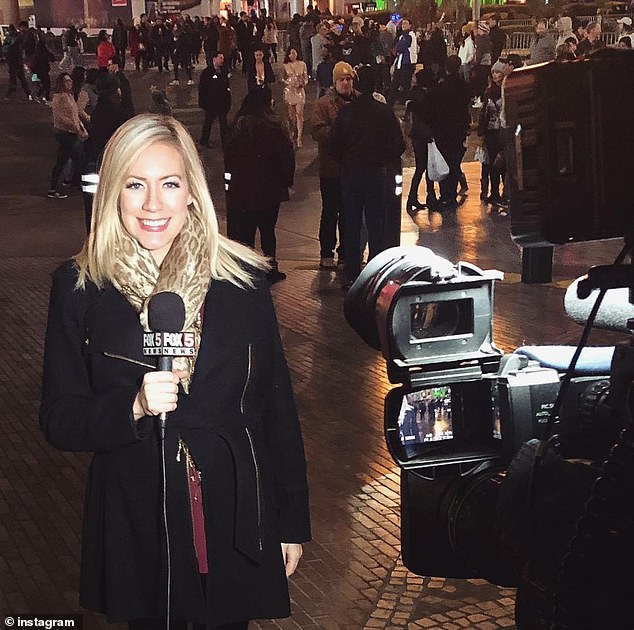 The former reporter and weekend anchor moved to Las Vegas after marrying her husband, Kurt Rempe, and they both worked at the local FOX5 station 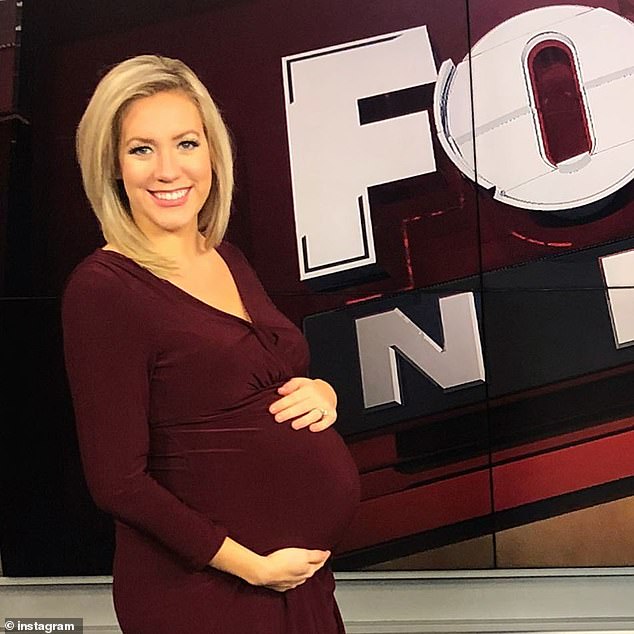 Faith put her career on hold to raise her two young sons, according to her GoFundMe page, which raised more than $33,000 for her treatment

She worked at WNEM-TV5 as a reporter and weekend anchor from 2013 to 2016. After marrying her husband, Kurt, they moved to Las Vegas together.

Faith most recently worked at FOX5 in Las Vegas, along with her husband, but she put her career on hold to raise her children, according to her GoFundMe page, which raised more than $33,000 for her treatment.

The mother of two had just welcomed her second son last fall when she was diagnosed with myelodysplastic syndrome, a group of disorders in which the bone marrow does not make enough healthy blood cells.

‘It was very shocking,’ she told Midland Daily News in August. ‘It was pretty hard to take in.’ 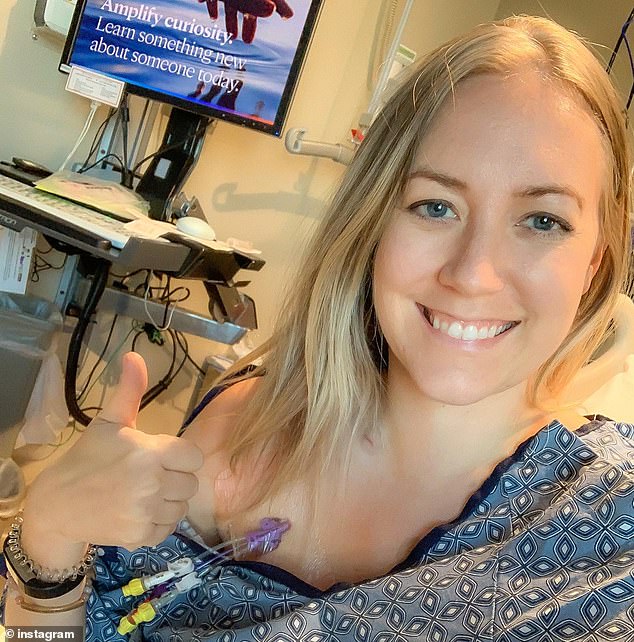 Faith had just welcomed her second son last fall when she was diagnosed with MDS, a group of disorders in which the bone marrow does not make enough healthy blood cells 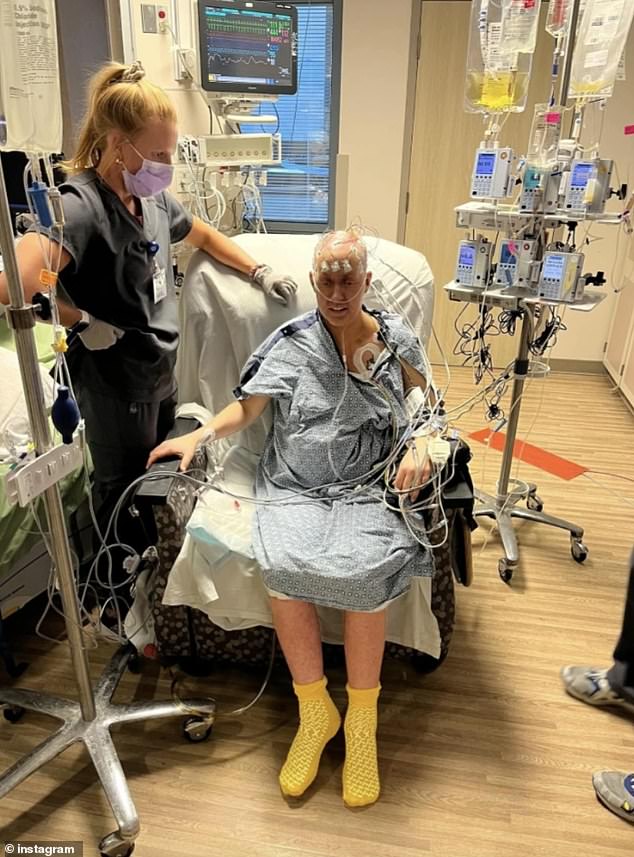 She suffered complications after undergoing a bone marrow transplant in April, but doctors said she was in remission from MDS in late July 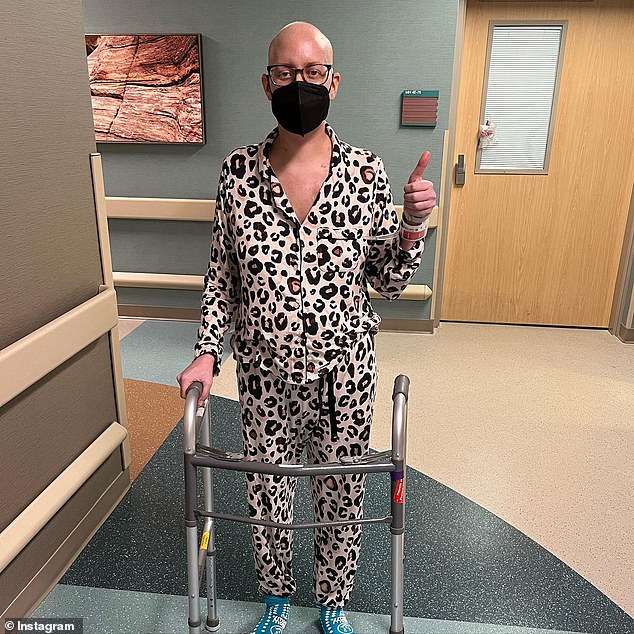 However, weeks later, she was back in the hospital with more complications

Faith was at high risk for the disease to turn into acute myeloid leukemia. She underwent chemotherapy but was told by doctors that a bone marrow transplant was the only way to cure the cancer.

She was referred to Mayo Clinic in Phoenix, Arizona, because there weren’t any transplant centers in Nevada.

The reporter documented her cancer battle on her Facebook page, Faith’s Fight.

Faith had a bone marrow transplant in April after finding a donor who was a match, but she suffered various health complications and relied on her husband to help her with basic tasks. 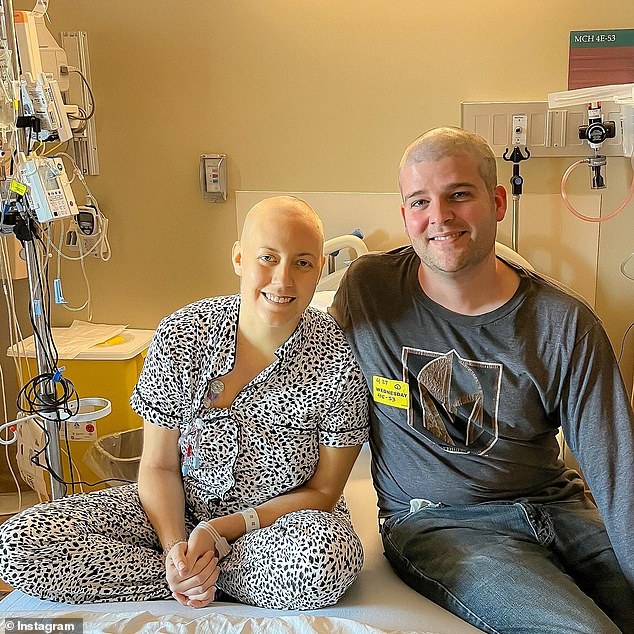 Kurt announced the heartbreaking news of his wife’s passing on Facebook Thursday, the day after her death

Faith’s funeral and memorial arrangements have yet to be announced

Doctors told her in late July that she was in remission from MDS, but her husband shared on Facebook weeks later that she was back in the hospital with more complications.

Just hours after Kurt shared the news of Faith’s passing on Facebook, WNEM-TV5 paid tribute to its former employee.

‘It is with heavy hearts we share the passing of former TV5 reporter and weekend anchor Faith Rempe, also known as Faith Gantner when she worked here from 2013-2016,’ the station tweeted on Thursday.

Faith’s funeral and memorial arrangements have yet to be announced.

What is myelodysplastic syndrome?

Myelodysplastic syndromes (MDS) are a group of disorders in which the bone marrow does not make enough healthy blood cells.

It affects about 18,000 people each year, but only several hundred of those are as a result of cancer treatment.

Symptoms can include shortness of breath, weakness or feeling tired, skin that is paler than usual, easy bruising or bleeding, and fever or frequent infections.

The primary approach to treating MDS is a bone marrow transplant.

The more closely matched the donor and recipient are, the more likely the immune system will not reject the new marrow and treatment will be successful.