De’von Hall, 30, who was charged earlier this year for killing his mother, has been found mentally incompetent to stand trial and must reside in a state hospital

A former NFL player, who was charged earlier this year for killing his mother, has been found mentally incompetent to stand trial.

De’von Hall, 30, has been told to reside in a state hospital, according to an order filed Tuesday in the L.A. County Superior Court, KTLA reports.

He was charged by prosecutors for murdering his mother, Alecia Benson, on April 24 this year.

Prosecutors decided Hall, who played with the Vikings, Colts and Tampa Bay, killed Benson following a disagreement at her Los Angeles home in the Windsor Hills neighborhood. 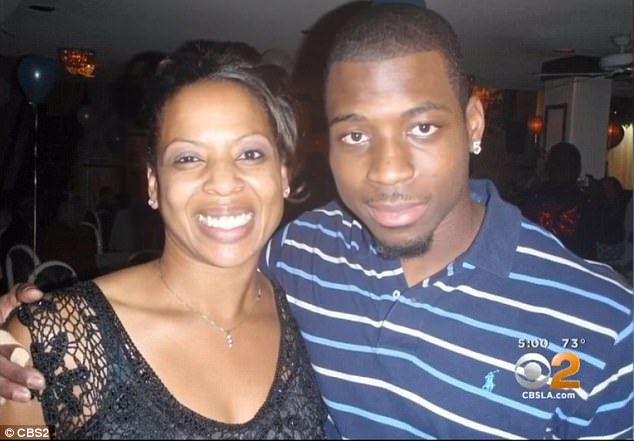 He was charged by prosecutors for murdering his mother, Alecia Benson, on April 24 this year

His close friends and family believe the sport led the former football safety to developing a mental illness – they say he’s struggled with his mental health for years.

Officials say his professional career ended partly due to concerns over his unusual behavior and mental well-being.

At the time of his death the family revealed they were heartbroken and felt as though they had lost two family members – one to murder and the other to mental illness, CBS reported.

His cousin Angela Benson-Williams said ‘It was like a switch that had gone off. I didn’t recognize my cousin anymore.’ 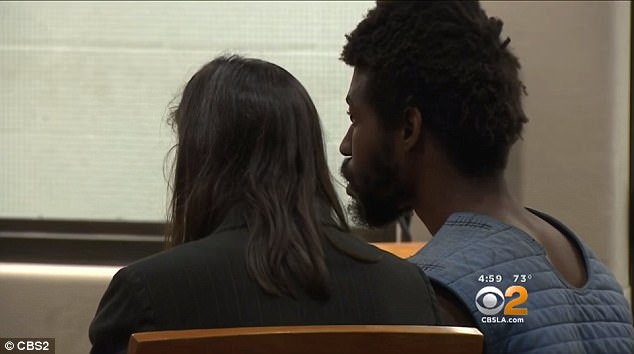 His uncle, Tony Benson, elaborated, ‘He turned into something that became vicious and that was the sport he was in. The more vicious, the more accolades you get.’

Hall, who played college football at Utah State, was living with his mother for the last two months of her life.

Four days after the attack Benson’s family decided to take her off life support. 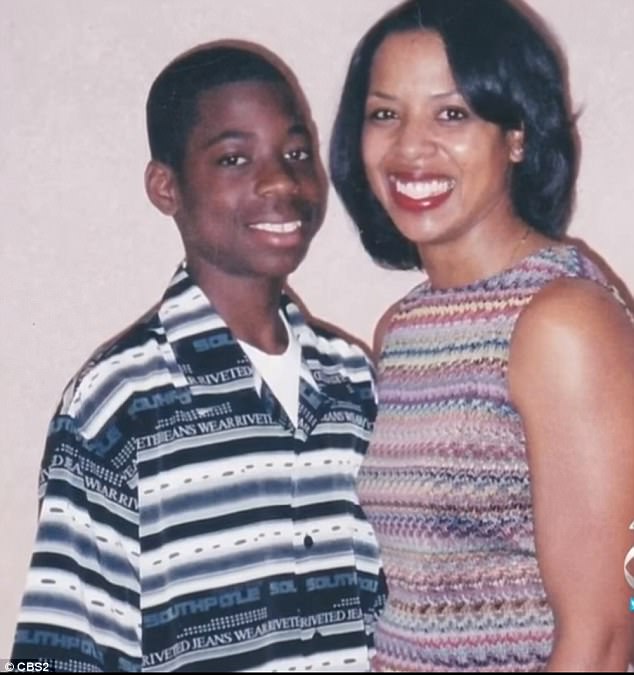 Hall and his mother are pictured here in an old photo. Prosecutors say he murdered Benson with his bare hands earlier this year in April