Reality Winner, 26, was sentenced to 63 months in jail on August 23 – the longest sentence ever imposed for a federal crime involving leaks to the media.

But President Donald Trump has taken to Twitter to express sympathy for her record-making sentence, calling it ‘small potatoes’ compared to ‘what Hillary Clinton did’.

Former NSA contractor Reality Winner, 26, says she ‘deeply’ regrets leaking a government document to a news outlet in 2017, for which she was sentenced to 63 months in prison on August 23, pictured upon prior to entering courthouse 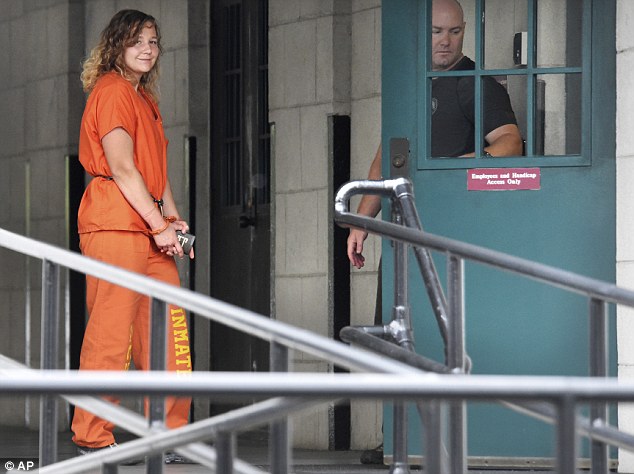 Her sentence is the longest ever for a federal crime involving leaks to the media, pictured arriving to Augusta, Georgia courthouse on August 23 with a New Testament Bible in hand 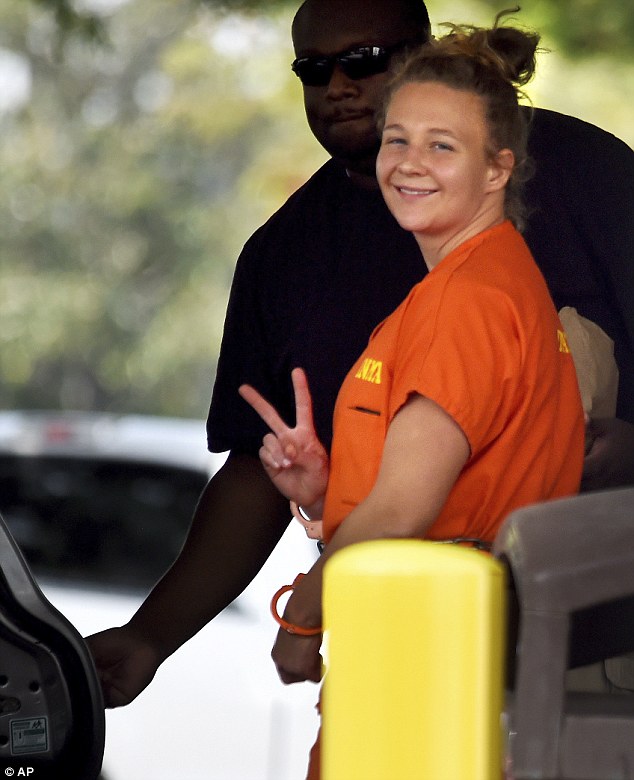 She faced a peace sign to reporters following her sentencing on August 23. On Thursday she thanks President Trump for tweeting that her punishment was ‘so unfair’

‘Ex-NSA contractor to spend 63 months in jail over “classified” information. Gee, this is “small potatoes” compared to what Hillary Clinton did! So unfair Jeff, Double Standard,’ Trump tweeted on Friday.

For Winner, the President’s words are a ‘breath of fresh air’, she said in a telephone interview from a Georgia jail to CBS.

‘As of Friday, you know, even our commander in chief, President Trump, has kind of come out and said “Wait a minute, this is really unfair, there’s this double standard here.” And for that I can’t thank him enough because for 16 months those words “so unfair” were actually not allowed by myself or my team or my family to say out in the public,’ she said.

‘So I just can’t thank him enough for finally saying what everybody has been thinking for 16 months,’ she added. 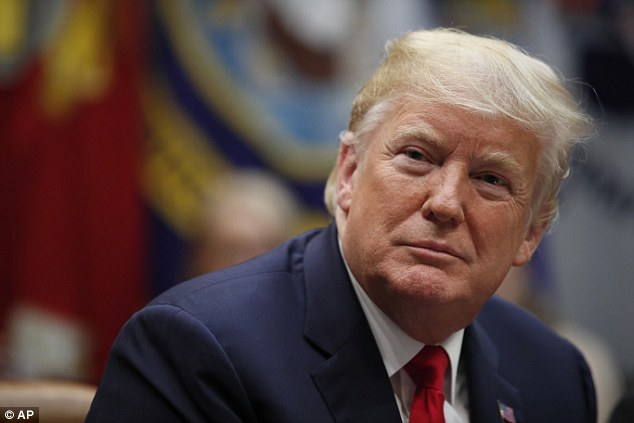 On Thursday Winner said: ‘I just can’t thank him enough for finally saying what everybody has been thinking for 16 months’

‘I don’t like to assume anything as to what’s going on in his head, but the “small potatoes” was a breath of fresh air. It really made me laugh. It reminded me of me and my own family. We try to make a joke out of everything. We laugh every single day no matter how bad things get, and he really gave a whole sense of humor to the thing “cause it is quite bizarre,”‘ she said.

Winner was the first person to be sentenced under the Espionage Act under Trump.

She pleaded guilty to a single count of transmitting national security information for printing out a classified report at a NSA office in Augusta, Georgia where she worked as a contractor and tucking it into her pantyhose.

She later mailed the document to an online news outlet the Intercept and will face five years in prison for leaking the report believed to detail Russian government efforts to penetrate a Florida-based supplier of voting software.

The former Air Force translator was seen arriving to court for her sentencing last week in an orange prison jumpsuit with her hands shackled and clutching the New Testament from the Bible, smiling as she made her way inside.

When asked if she regrets the leak she said: ‘Yes, deeply’.

The publication to which she leaked the document has recognized her as a ‘conscience-drive whistleblower’ and condemn her severe sentence.