A former Olympic hockey player and mother-of-one developed lung cancer after she was exposed to high levels of toxic radon in her homes.

Rachael Malmberg, 33, doesn’t smoke, and has remained physically active even after retiring from the US Women’s ice hockey team.

Yet, at her young age, Rachael was diagnosed with stage four lung cancer.

And the culprit, doctors told her, had been lurking in her own home.

Colorless, odorless but radioactive radon is estimated to cause as many as 20,000 cases of lung cancer in the US every year – including Rachael’s.

Rachael Malmberg, 33, was diagnosed with stage 4 lung cancer that was most likely caused by years of exposure to a colorless, odorless gas called radon in her home

On the surface, Rachael hardly fit the profile of an average lung cancer patient.

Most people diagnosed with the devastating disease are over 65 and are often smokers. Lung cancer is less common among women than men and white people are less at risk than black people.

Rachael was in er early thirties, a non-smoker, and a white woman. It didn’t fit.

She went to the doctor because her back and ribs were hurting, but what the MRI revealed was totally unexpected.

Rachael’s body was riddled with stage 4 lung cancer that had spread from her chest to her lymph nodes and even her brain.

‘It wasn’t on my radar at all actually until I started doing research on causes of lung cancer. Upon diagnosis I had no idea about radon,’ Rachael told Fox News.

Radon is a common, insidious and highly radioactive gas.

In fact, the Surgeon General has called radon the second leading cause of lung cancer in the US. 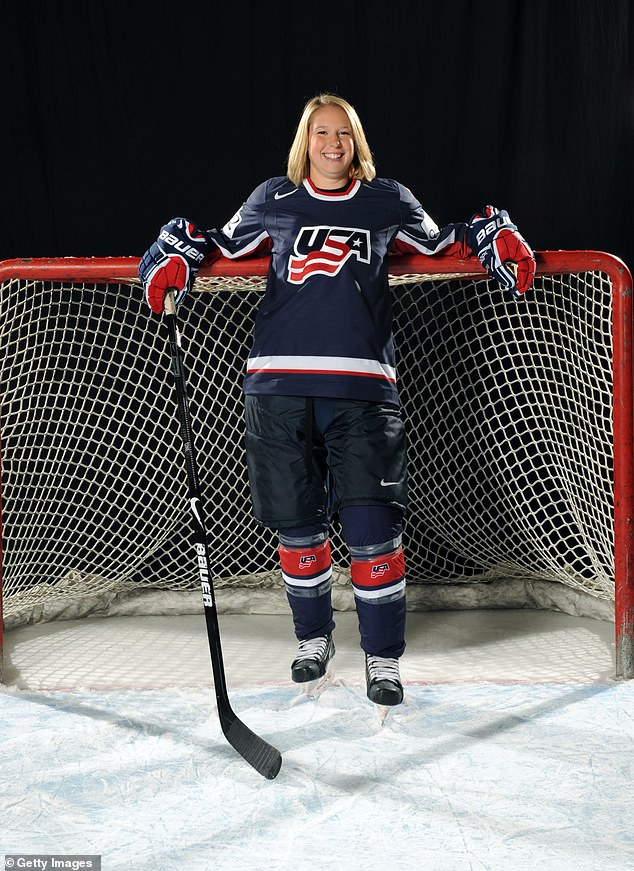 Before her diagnosis Rachael had played hockey on the US national team. After leaving the ice, she continued to exercise daily, but her healthy lifestyle didn’t protect her from cancer 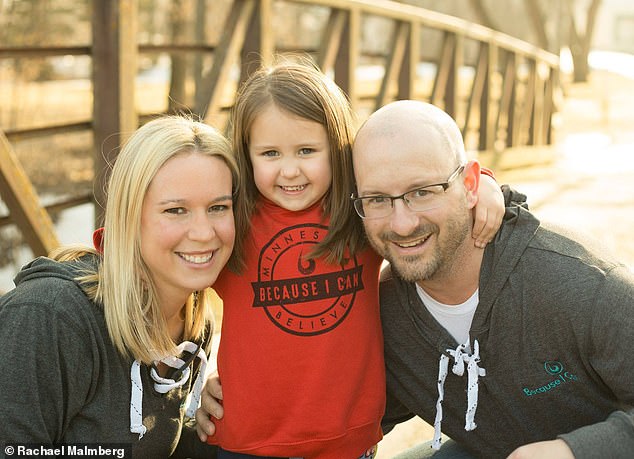 Disturbingly, many of us are exposed to high levels of the carcinogen.

The Environmental Protection Agency (EPA) estimates that nearly one in three US homes has levels of radon exceeding its 4 pCi/L safety limit.

And people spending time in high radon environments are exposed to many times more radiation than are permitted at the edges of nuclear power plants and waste sites.

Rachael’s home in Minnesota had a radon level of 6.9 pCi/L.

Even before she had moved there, she had been exposed to dangerous levels of the gas in her childhood home, which had a radon score of 7.9 pCi/L, Fox reported.

It’s released as the trace amounts of uranium – the key chemical to nuclear reactions and power – in the soil are broken down. 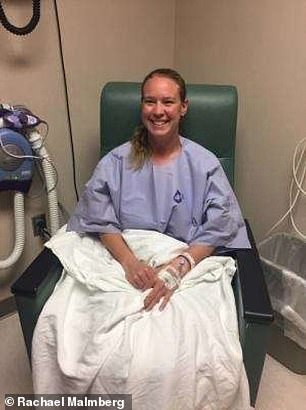 Radon is everywhere in the air around us ,but in some places, higher volumes of it seep into our homes, schools and workplaces through ground water used in showers and sinks, as well as through tiny cracks in the foundations of buildings.

Lung tissue is particularly sensitive to the radiation emitted by radon, and that radiation can corrupt DNA and cause cancer if someone is exposed for several years.

Radon, in most homes, can be reduced or even eliminated be depressurizing the soil around the foundation and sealing crack through which the gas gets in.

But by the time Rachael learned what radon was, it had already wreaked havoc on her body.

She had to have part of one of her lungs and 22 lymph nodes removed in 2017, and underwent hours of brain radiation.

Now, 16 months later, Rachael is cancer free, although doctors continue to monitor one area of her brain, and she is still being treated with a targeted immunotherapy.

The management of her cancer has given her back ‘a normal life’ and she’s able to ‘continue to work and be a mom.’

And she is determined to keep her family and others as safe as possible from radon.

Rachael now does advocacy work with Airthings, a company that makes air monitoring devices, encouraging Americans to test their homes for the dangerous gas that could have cost Rachael her life.