During the Winter Olympic games 30 years ago a then 20-year-old Debi Thomas had won a bronze medal in figure skating, making her the first African American athlete to win a medal in the Winter games.

Now, Thomas is living in a trailer in Richlands, Virginia with her fiance, struggles to pay her bills and lost her bronze medal to the bank after being forced to file bankruptcy following a bipolar diagnosis.

‘It may look (to) people on the outside like it’s insane, but I don’t care,’ Thomas told the New York Post. ‘I don’t care about living in a trailer. People are so obsessed with material things, but I only care about knowledge.’

Debi Thomas was in her 20s when she won bronze in the 1988 Winter Olympics. Thomas is pictured here during the women’s competition in Calgary at the Winter Olympic Games on February 27, 1988 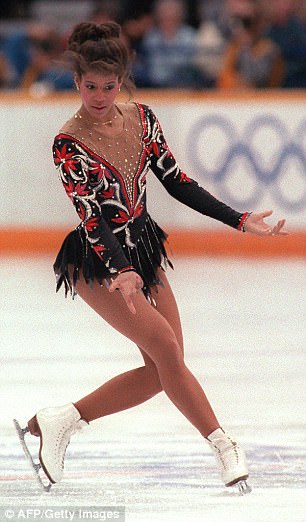 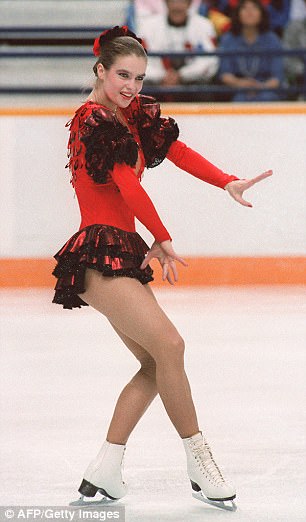 Thomas became the first African American athlete to win a medal in the Winter Olympics. The figure skater is photographed during the women’s competition in Calgary at the Winter Olympic Games on February 27, 1988 with Germany’s Katrina Witt, who won gold 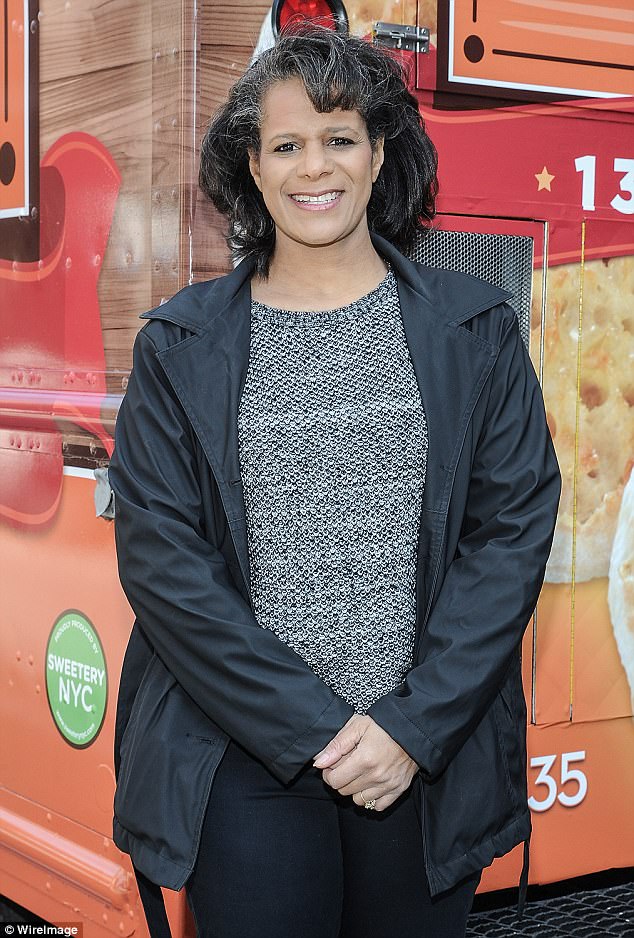 Thomas, now 50, says she’s struggling to pay her bills, was diagnosed with bipolar disorder and is living in a mobile home in Virginia with her family 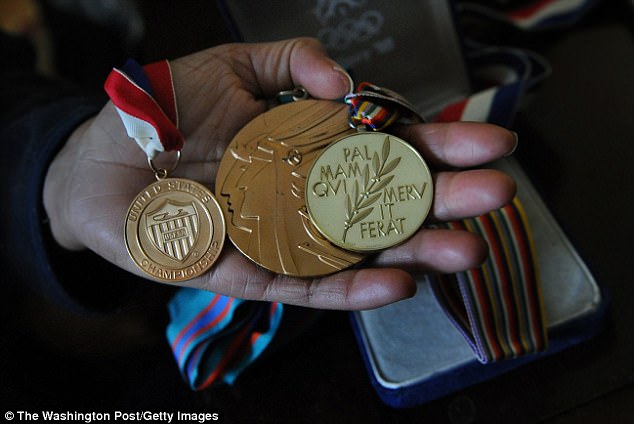 Thomas, 50, said she has left her skating days behind her – and she hopes others have too. The former orthopedic surgeon now spends her time practicing hypnosis and selling tiny pieces of gold for a company called Karatbars. She also earned a certificate in Quantum Healing Hypnosis Technique, which the Post reports she uses to hypnotize people to cure them of ailments.

Thomas is also working on an autobiography called ‘In Right Light it Looks Gold’.

The former Olympic athlete told the outlet that her choice of work doesn’t provide her a steady income, and she still struggles to make ends meet but she’s okay with that.

‘I always know that sometimes if you want to be a visionary, you’re going to have to commit to that and you may go through some financial struggles,’ she explained.

It seems Thomas’ struggles began in April 2012 when, according to the Washington Post, she got into a domestic dispute with her fiance Jamie Loone outside her home.

Thomas pulled out a shotgun and fired it, trying to scare Loone. The police were called and Thomas reportedly threatened to harm herself. She was taken the hospital for a psychological evaluation and diagnosed as bipolar. 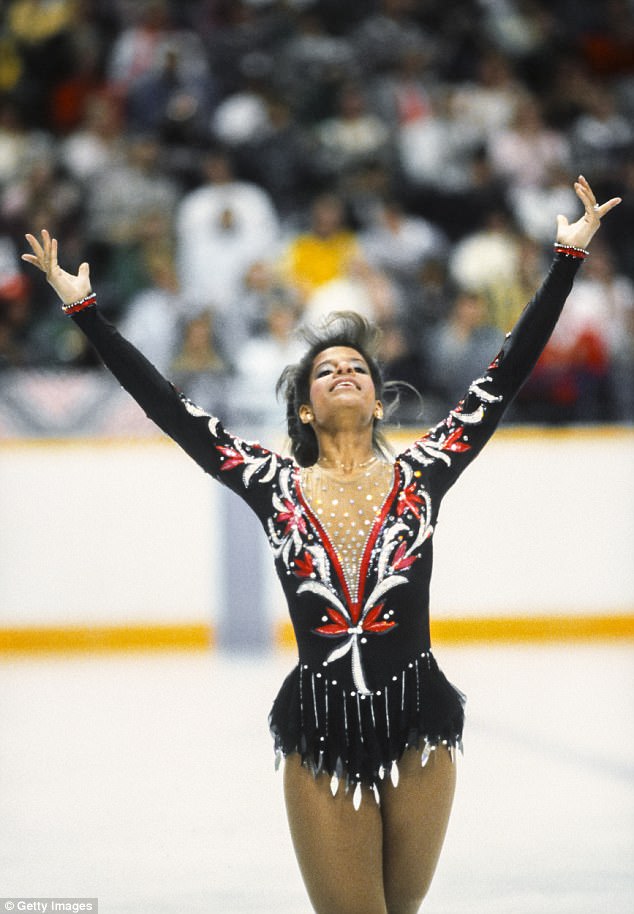 Thomas said she was diagnosed as bipolar in 2012 following a domestic dispute with her fiance in which she pulled out a shotgun and shot it, trying to scare him 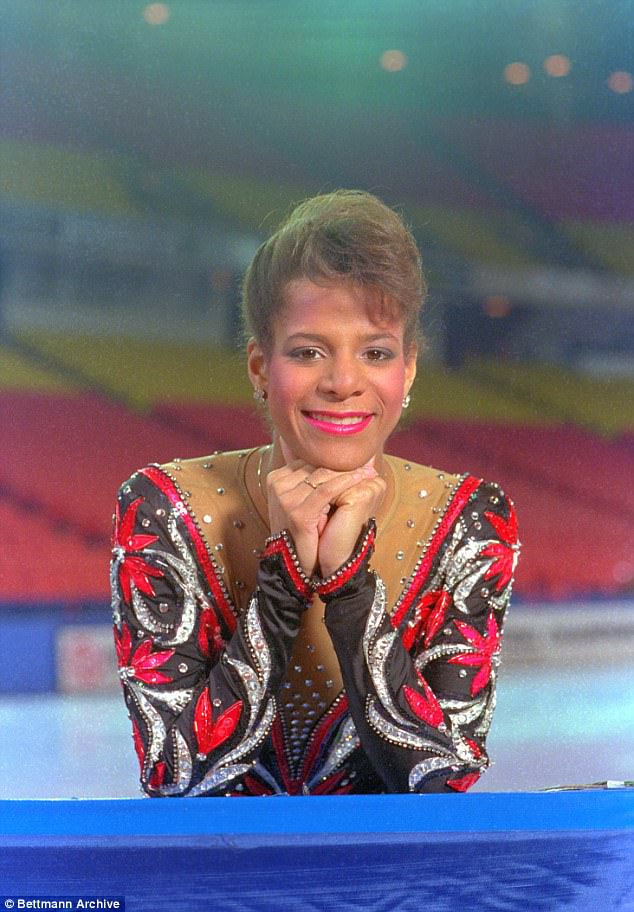 Thomas, who claims she no longer suffers from the disorder and refuses to take medication because she doesn’t believe in it, told the Post she couldn’t afford her medical bills following her diagnose and filed for bankruptcy.

The one-time household name had to close her private orthopedic practice and had to hand over her bronze medal, worth a reported $2,200, to the bank. She had won the medal in 1988 during the ‘Battle of the Carmens’ at the Winter games against Germany’s Katrina Witt, who took gold.

Thomas said she wasn’t upset about losing the bronze medal, and no longer focuses on her past competing in the Olympics.

‘I got really detached from skating,’ she said. ‘People who are still so focused on my skating career, I’m just like, ‘Come on, that was thirty years ago. Why does it matter?”

She added: ‘I’m not proud of how I performed in the Olympics at all. The biggest disappointment isn’t that I didn’t win the gold, it’s that I didn’t skate my best.’

Besides winning her bronze medal, Thomas was the 1986 world champion and two-time US national champion. 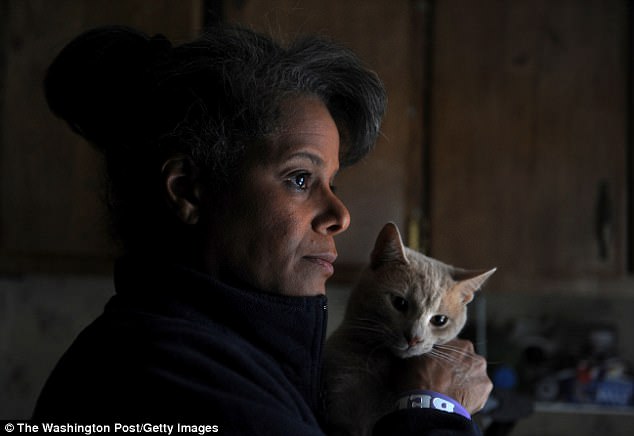 Thomas said she was $600,000 in debt when she filed for bankruptcy 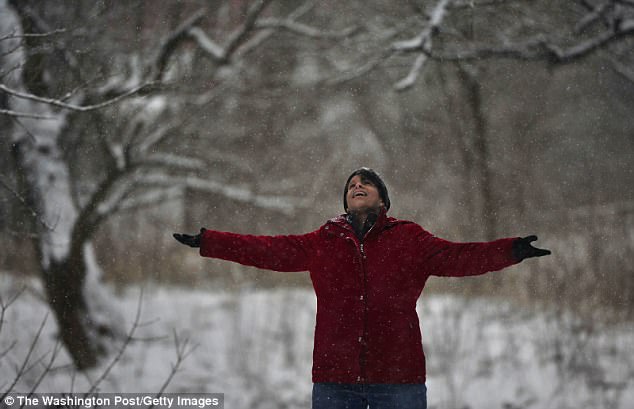 ‘It may look (to) people on the outside like it’s insane, but I don’t care,’ Thomas said, adding that she doesn’t regret anything that’s happened 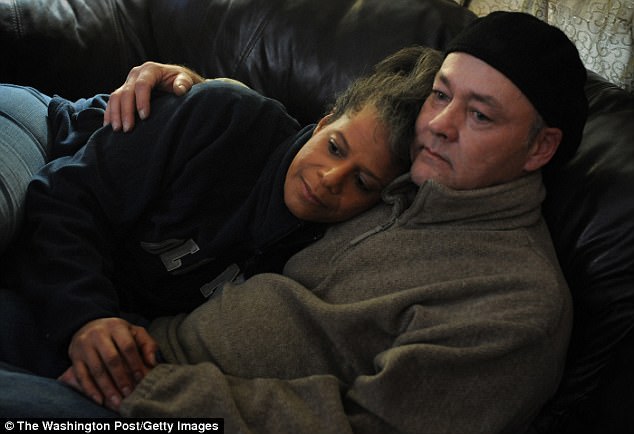