A former Playboy Bunny who refused chemotherapy is using cannabis oil to treat her brain cancer – four years after doctors removed a tumour that altered her personality.

Kerri Parker, 34, from Norwich, was told her cancer had returned earlier this month, with doctors urging her to have chemotherapy and radiotherapy.

However, the model said undergoing the treatment ‘made no sense to her’, explaining how she couldn’t bear the thought of her hair falling out.

She has decided to ‘put her faith’ in cannabis oil instead, which is currently illegal in the UK.

Kerri Parker, 34, from Norwich, (pictured in her beauty queen years) is using cannabis oil to treat her brain cancer, after refusing to have chemotherapy 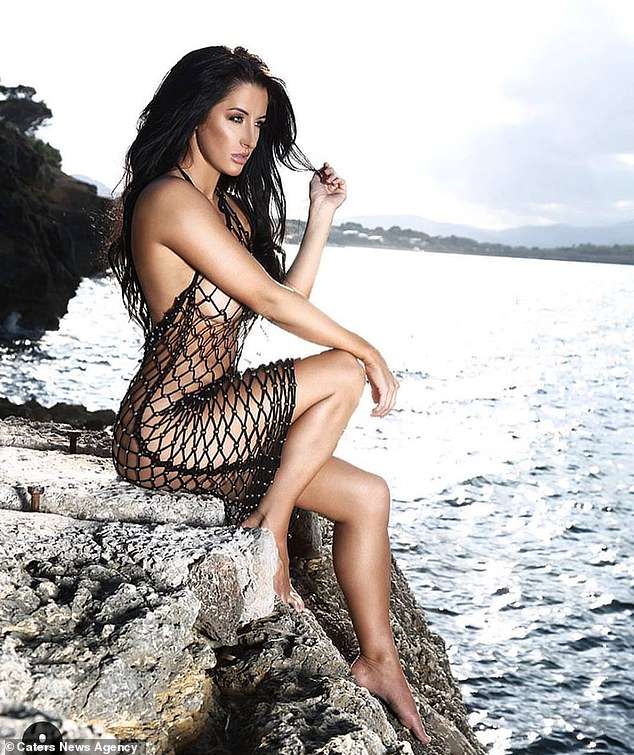 Kerri (pictured in a modelling shoot from earlier this year) was told her cancer had returned earlier this month, after originally being diagnosed with a brain tumour in 2013

Kerri – who used to spend her time partying at Hugh Hefner’s Playboy mansion in LA – was first diagnosed with brain cancer in 2013, undergoing life-saving surgery to have the tumour removed.

However, she was told by doctors her cancer had returned this month, and was told she would need 10 to 12 cycles of chemotherapy.

Speaking to the Sunday People, Kerri said: ‘I know using cannabis means I could be put in prison but I truly believe it is the only chance I have of living right now.

‘I’ve been working hard over the past few years. I’m training for a black belt in martial arts and I’m the fittest and healthiest I’ve been, so when doctors say they want me to have treatment which will make me sick, it makes no sense to me. 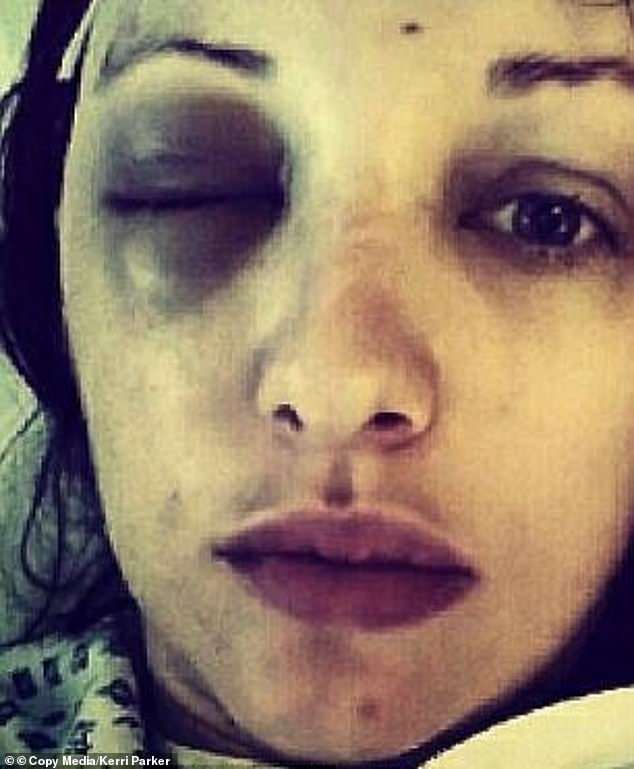 ‘I don’t want my hair to fall out from chemo, or my face burned from radiotherapy. I train daily, run a model academy and a nutrition business and I don’t want having cancer to affect all of this.’

Kerri explained how she is having the cannabis oil imported from Spain, where it is legal.

The former Playboy bunny – who used to drink with A-list stars including Leonardo Di Caprio and was once a body-double for Megan Fox – previously revealed how her personality changed after she had her tumour removed in 2014.

She explained in a previous interview: ‘It’s bizarre. I used to be the heart and soul of the party and now I’m a wallflower. I’ve swapped my skimpy dresses for comfy trackies.’ 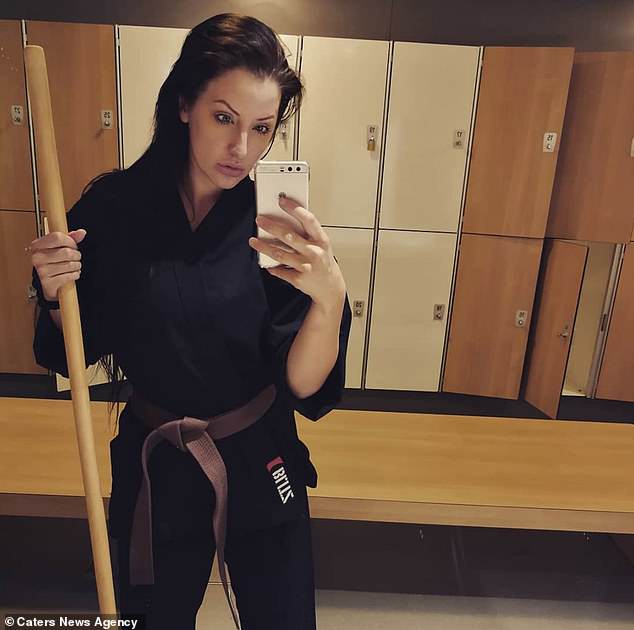 Kerri (pictured earlier this year in a martial arts gear) described herself as the ‘fittest and healthiest’ she’s been, explaining how she’s been training towards a black belt in martial arts 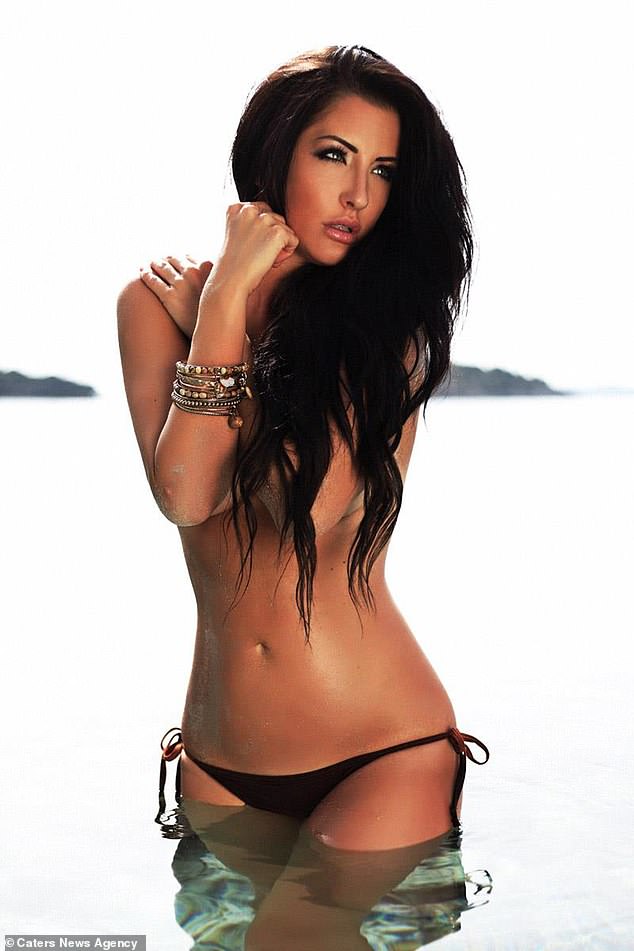 Kerri (pictured in a modelling shoot from earlier this said) said having treatment ‘made no sense’ to her, explaining how she couldn’t bear the thought of her hair falling out

Kerri grew up in Norwich where she was a straight-A student, and studied at the University of East London before becoming a lab technician at Norfolk and Norwich University Hospital.

However, all that changed in 2003 after she entered herself into a modelling competition in FHM magazine and made it to the finals.

She left her job to compete in national beauty pageants, and was picked up by the likes of lads magazine Max Power and U.S. swimwear brand Starwear.

She also appeared in American FHM, Maxim and American Playboy, starred in films such as Lesbian Vampire Killers, The Bourne Ultimatum, Batman: The Dark Knight and was a body-double for Megan Fox on the set of How to Lose Friends and Alienate People.

In 2012 she became an official Playmate and moved to the Playboy mansion in LA, spending time between there and the UK where she owns one of the UK’s largest modelling agencies. 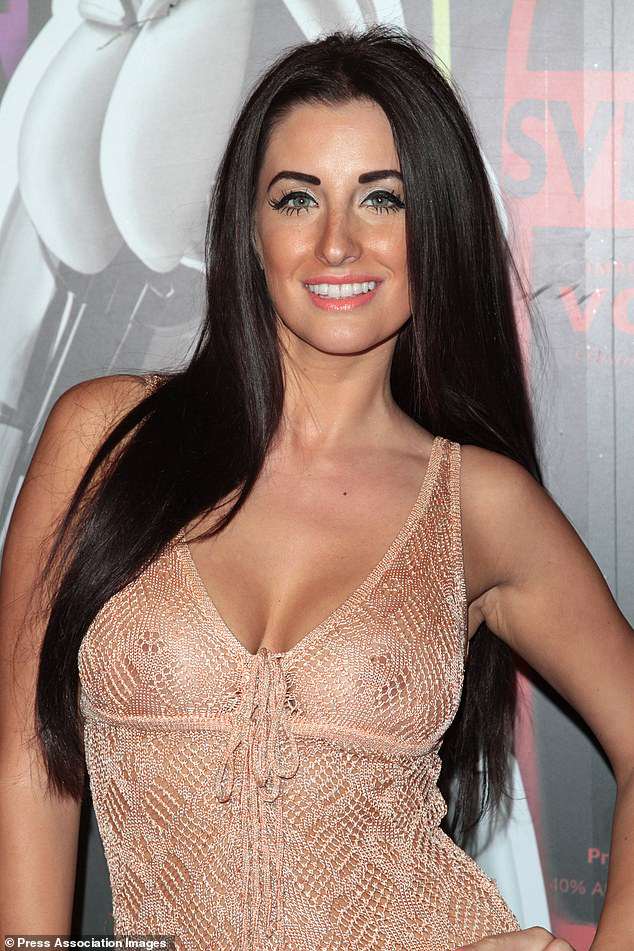 Kerri (pictured at a red carpet event in 2012) was a former Playboy bunny, and has acted as a body double for Megan Fox in the past

Cannabis oil is currently illegal in the UK

A mother-of-two claimed in February that she has cured her aggressive breast cancer by taking one drop of cannabis oil containing THC every day.

Dee Mani, 44, refused chemotherapy when she was diagnosed with triple negative breast cancer – deemed the deadliest form – and instead opted to try the oil, which is illegal in the UK.

Doctors gave her the all-clear just five months after she opted for the oil.

Despite her claims that it has cured her of cancer, there is no proof cannabis, or any of its compounds, can treat cancer in humans as research showing the drug’s anti-tumour effects have been in petri dishes and on mice.

Dr Kat Arney, from Cancer Research UK, said that while study findings have been promising, cancer patients should not get their hopes up.

She previously said: ‘We know that cannabinoids can have a range of different effects on cancer cells grown in the lab and animal tumours.

‘But at the moment there isn’t good evidence from clinical trials to prove that they can safely and effectively treat cancer in patients.’

Cannabis oil – which is different to CBD oil because it contains THC, the compound that gives users a ‘high’ – is illegal under UK laws.

It influences the release and uptake of ‘feel good’ chemicals such as dopamine and serotonin.

Billy Caldwell, from Castlederg, Northern Ireland, made headlines last April when he became the first Briton to be prescribed it on the NHS.

He was granted permission to use cannabis oil to treat his epilepsy earlier this year.