By Jonathan Mcevoy For Mail On Sunday

Nico Rosberg has put his fractious relationship with Lewis Hamilton aside and is backing Formula One’s most successful driver to end the season with an eighth world title.

Making it to that record-breaking territory is now extremely tough for Hamilton after Max Verstappen doubled his championship lead to 12 points by winning the US Grand Prix last weekend.

The Circuit of the Americas, 15 miles outside downtown Austin, was meant to be a Mercedes track but it was Red Bull who held the slight edge, an advantage they exploited brilliantly with a bold strategy call and perhaps the best all-round drive of Verstappen’s 24 years. 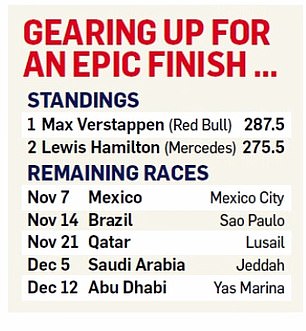 His balance of speed and tyre preservation were Hamilton-esque.

No wonder the Dutchman and his father Jos were full of smiling bonhomie as they left the paddock gates a couple of hours later.

Next stop: Mexico City, where the thin air 8,000ft above sea level is meant to favour the Red Bull car. Verstappen has won there twice in the last three editions, though Mercedes have triumphed three out of five times since the Hermanos Rodriguez track returned to the calendar in 2015.

Then comes Brazil, another test at slight altitude. Interlagos is further helpful to Red Bull by dint of its twisty middle sector. If Verstappen can score heavily, he will carry a near-impregnable lead into the final three rounds, in Qatar, Saudi Arabia and Abu Dhabi.

Hamilton has another nagging fear over the durability of his engine. His boss, Toto Wolff, has spoken of ‘gremlins’ and he seems doubtful that Hamilton will arrive in the desert for the concluding instalment on December 12 on the same power unit. Should he not, he would be plunged down the grid. 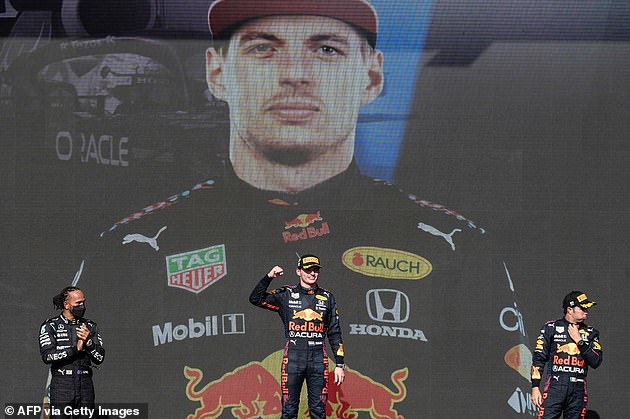 Yet, yet, yet. Hamilton has been hardened in the championship crucible while Verstappen is new to it. This is a point that Rosberg, who beat Hamilton to the crown as his Silver Arrows team-mate in 2016, believes may prove crucial.

‘Somehow I would still tend to lean towards Lewis — through experience and because he normally wins in the end,’ said the Monaco-bred German. ‘It’s so difficult to beat him. He can still do it, but Max is a giant right now.

‘It’s crazy. The cars are exactly the same and the two drivers are in a league of their own. Nobody can keep up with them.

‘It is the highest level Formula One has seen. Phenomenal, huge respect.’

There are 133 points up for grabs, including those for fastest lap and the last of three sprint races in Brazil. ‘It’s going to be so close in the last few races,’ added Rosberg. ‘So much is going to happen.’ 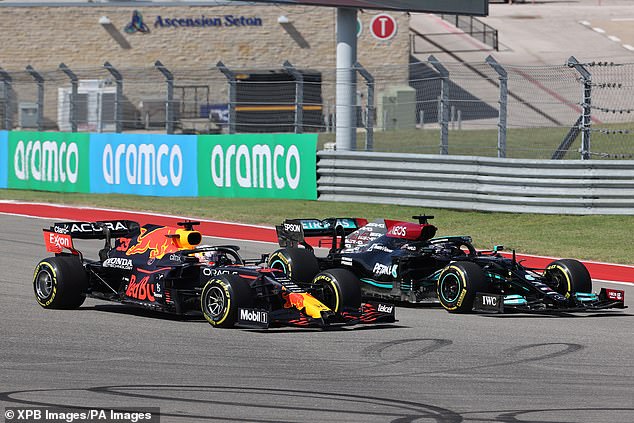 Mexico City, where the thin air 8,000ft above sea level, is meant to favour the Red Bull car

As for Hamilton’s own take, the 36-year-old believes he is better fortified for the fight than at any stage of his career, having drawn succour from his campaign for diversity.

‘Mentally I am stronger than I’ve ever been,’ he said. ‘My work in this area has been a really big part of it.

‘I’ve been strong for a long time anyway but this has solidified me even more. I noticed this last year. Getting on the podium so I could give Breonna (Taylor, an African-American woman fatally shot by police in Louisville, Kentucky) that voice was a super driving force for me.

‘I am now doing work in the background and then turning up and enjoying my job. I think it is helping me race. I feel it is giving me more longevity. It also gives my life real purpose. Racing is not a purpose; it’s something to do.

‘Not everything in my life is beautiful. These things are relative. But there have definitely been times where I didn’t know if I could keep going or wondered if there may be something else I wanted to do. I don’t think I found that purpose until last year.’