A former UK Special Forces officer was forced to step in to rescue a stranded mountaineer after he was stranded at the summit of one of the world’s deadliest mountains.

Chin Wui Kin, 48, was left stranded for two days and had been part of a 13-member expedition led by a French climber and was separated from the others during the descent on Mount Annapurna.

Nirmal Purja, who served in the UK military for 16 years was in the area completing ‘Project Possible’, a mission to climb all 14 peaks of the Himalayas in seven months, when his team was alerted than Mr Kin was missing.

Mr Purja, who was a Royal Gurkha took to social media to slam the insurance company, which he claims had denied emergency help. 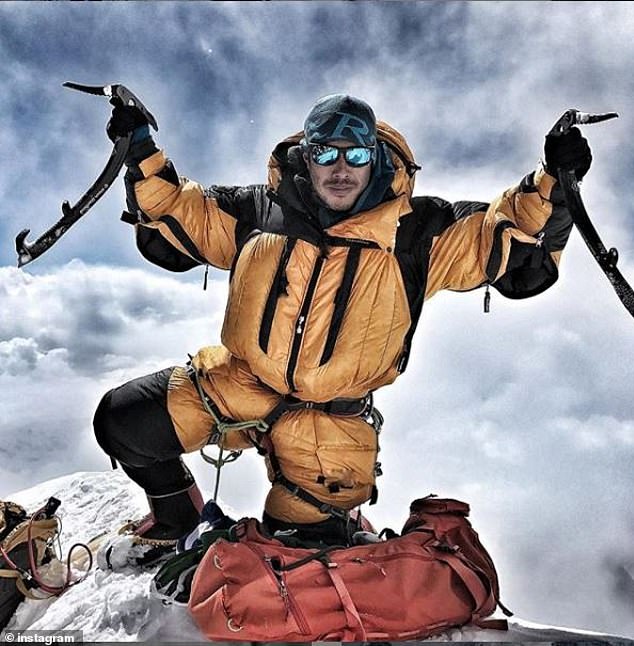 Hero: Nirmal Purja had been completing his own expedition when he learnt Mr Chin was stranded 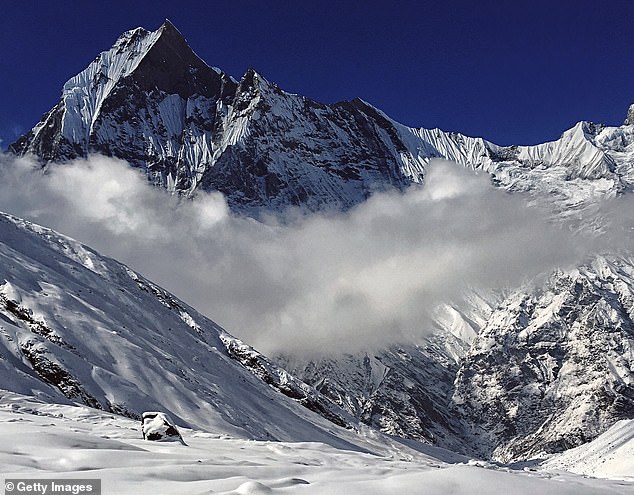 The company, named on social media as Global Rescue, is said to have failed to drop off six oxygen canisters to the site, which would have aided the rescue.

Posting to Instagram, Mr Purja who was awarded an MBE by the Queen in 2016 for his outstanding achievement on high altitude mountaineering said: ‘The level of damage and risk to Dr Chins life may have been avoided, if the emergency insurance company had acted quicker.

‘If you aren’t willing to act at the point of emergency, why sell the service in the first place ?

‘I’m very upset and angry with the rescue company that Mr Chin was a customer of. 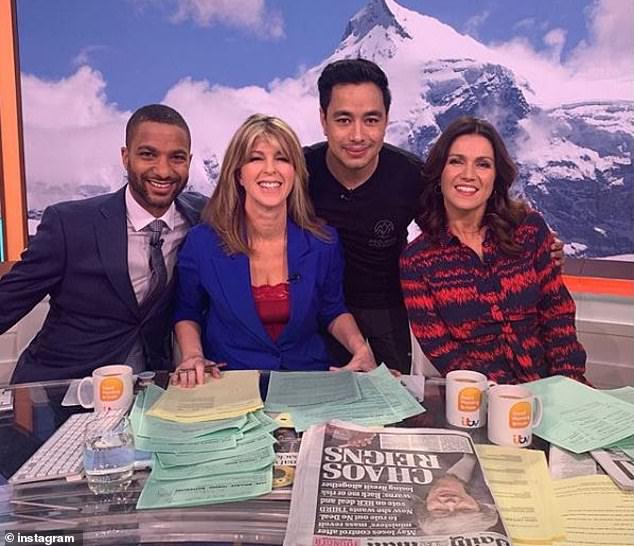 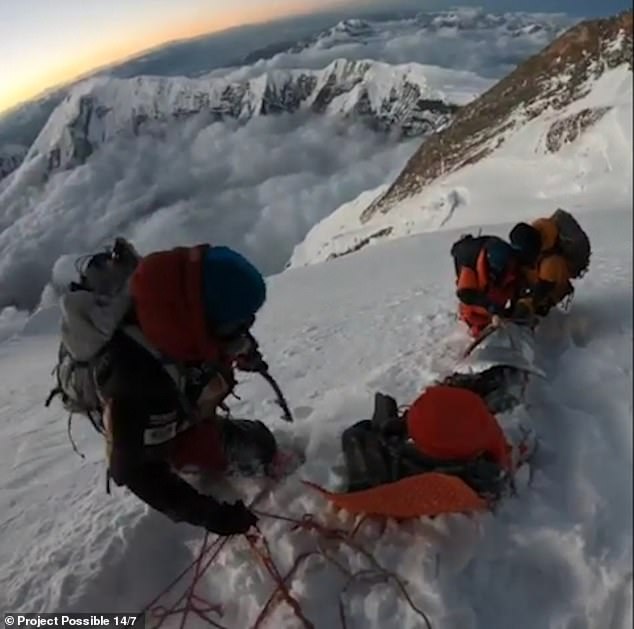 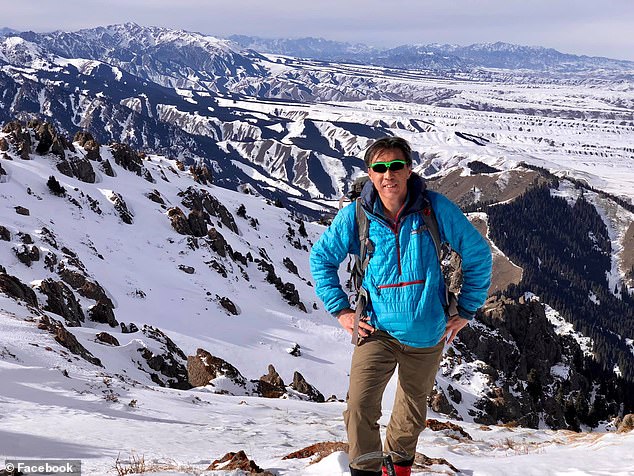 ‘Bare in mind Annapurna 1 is not Everest or any other 8000ers. It’s one of most dangerous and hardest 8000m peak to climb.’

As an experienced mountaineer, Mr Purja said as soon as he found out Mr Chin was missing, he set out to rescue him on Thursday with the ‘strongest members’ of his team.

He added: ‘We were waiting for Oxygen to get dropped off at us by helicopter so we could go start searching for him on the mountains. (This is all what his insurance company had to do , just drop 6 bottles of Oxygen at Camp 4 where I was on standby with my rescue team).

‘I was told that the rescue company denied the emergency help and I couldn’t hold my team any longer at the extreme altitude risking their life. I was the last man to leave camp 4 and I had thought he was possibly dead by then on those dangerous slopes. 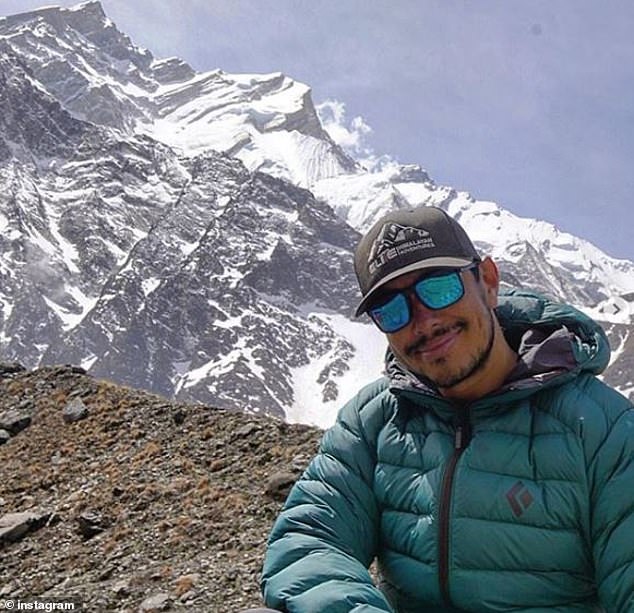 ‘I arrived at the base camp with my team very late that night. Next morning, I could hear a helicopter which went on Recce and I was told Dr Chin is alive. His wife paid for the helicopter to go and confirm.’

It was estimated that it took 16 hours for the team to get to Mr Chin where they were finally able to take him to safety.

The Malaysian national is now being treated in hospital, but Mr Purja said his ‘life may still be in danger’ and that he may ‘lose his limbs’.

According to the organisers of the expeditions, Seven Summit Treks, Mr Chin had been without an oxygen bottle, food and water for more than 40 hours.

Mr Chin was flown to the capital Kathmandu on Friday and taken to a hospital, where his wife joined him.

Mr Chin is an anaesthesiologist and accomplished climber, and the head of Seven Summit Treks Mingma Sherpa credited Mr Chin’s medical knowledge and familiarity with mountains for keeping him alive.

‘It’s a big thing to stay alive in that altitude without food, water, and oxygen,’ Mr Sherpa said.

He described Mr Chin on Thursday as fine but not in condition to walk.

The 8,091-metre Mount Annapurna is the ninth tallest mountain in Nepal and the 10th tallest in the world.

It is considered an especially treacherous mountain due to its difficult terrain and weather conditions.

Project Possible began four days ago with the team successfully making the ascent of Mount Annapurna.