Tributes have flooded in for a former Scottish rugby star who died competing in a gruelling triathlon in Singapore.

Steve Begley, 42, is understood to have taken ill yesterday in the sprint swimming part of the contest, which also features running and cycling.

He was pulled from the water by rescue crews, but paramedics were unable to save him. An initial post mortem pointed to ‘a previously undetected heart condition’.

Begley was a pivotal member of the Glasgow squad when the team turned professional in the mid-1990s.

He also represented Scotland at under-19 and under-21 levels. Yesterday friends and former team-mates were left stunned by the tragedy.

Steve Begley, 42, is understood to have taken ill yesterday in the sprint swimming part of the contest, which also features running and cycling

Former Scotland World Cup ace Glenn Metcalfe, a team-mate at Glasgow, said: ‘I was so sad when I heard. Steve was the first guy I met when I arrived in Glasgow from New Zealand in 1996.

‘We shared a flat and went on to play many games for Glasgow Accies, Hawks and Glasgow.

‘He quickly welcomed my wife Lisa and me with that ultra-sociable personality. He was a larger than life character, always fun to be around. He was a mate to everyone.’

Auckland-born Mr Metcalfe, now a firefighter in New Zealand, added: ‘We have some very fond memories, most involving a drink or a dance – or both. He was one of life’s fun guys and I will miss the big geezer.’

Hawks president Chas Afuakwah, who also played alongside the utility forward, said: ‘The news was hard to believe. Steve had just taken up rugby again and he had taken part in several triathlons.

‘I gather he had done one stint of swimming and then the running part. There was a second swim and it was when he was back in the water that something happened.

‘I remember him as a very abrasive player. I suppose he was an enforcer on the pitch. But he was a lovely guy.’

Unmarried Mr Begley moved to Singapore ten years ago to follow his career in financial services.

Mr Afuakwah added: ‘Steve was one of the initial tranche of players signed by Glasgow when rugby turned pro. He helped Hawks win the Premiership and Cup in 1998.’ 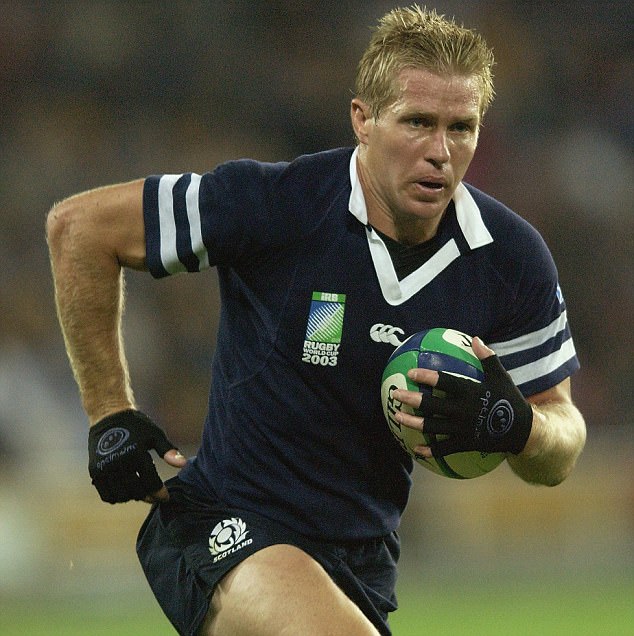 Former Scotland World Cup ace Glenn Metcalfe, a team-mate at Glasgow, said: ‘I was so sad when I heard’

Scottish Rugby Union said: ‘He was a popular player and our thoughts are with his family and friends.’

Yesterday, Triathlon Association of Singapore said: ‘We are deeply saddened. Resuscitation was commenced at the event.

‘He was transported to Singapore General Hospital where he was treated. Sadly, he could not be revived.’