Sunday Night reporter Matt Doran has lashed out at The Sullivans star Susan Hannaford after the actress slammed the Channel Seven program in an interview with A Current Affair on Monday night.

The 65-year-old veteran star claimed Sunday Night ‘set her up’ and made her look like a ‘fraudster’ during a sit-down at her Beverly Hills home earlier this year.

She also revealed she is suing two Australian media outlets for $100 million for making accusations about her wealth.

The gloves are off! Former Sullivans star Susan Hannaford accuses Channel Seven’s Sunday Night of ‘setting her up to make her look like a fraudster’ and reveals she is suing two media outlets for MILLIONS of dollars. Pictured here is reporter Matt Doran

Susan, who looks markedly different from her days on The Sullivans, also denied she owed $14 million in the US and that the story was ‘invented’.

Susan vanished from Australia without a trace after being evicted from her lavish waterfront home in Sydney, which was sold by her financiers in April 2013 for $3.15 million.

The star now owns numerous properties dotted around Los Angeles and Las Vegas. She also resides in a $9 million mansion in Beverley Hills with her family.

The former actress was interrogated about her finances during her Sunday Night interview.

Speaking on that program, the mother-of-one claimed she arrived in the US in the mid-2000s with ‘zero’ in the bank, but used her wits to ‘intelligently’ raise money. 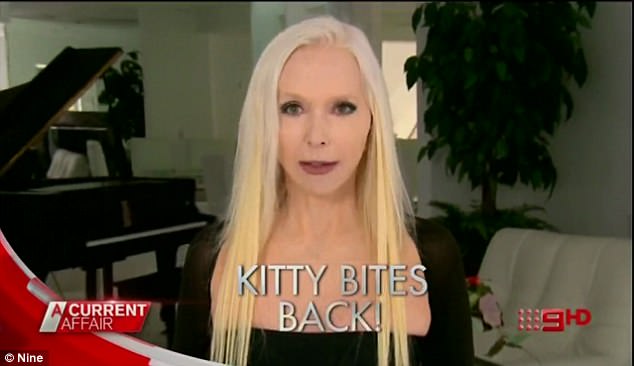 Interrogation: The former actress, who now lives in a $9 million mansion in Beverley Hills, was interrogated about her finances during the Sunday Night interview 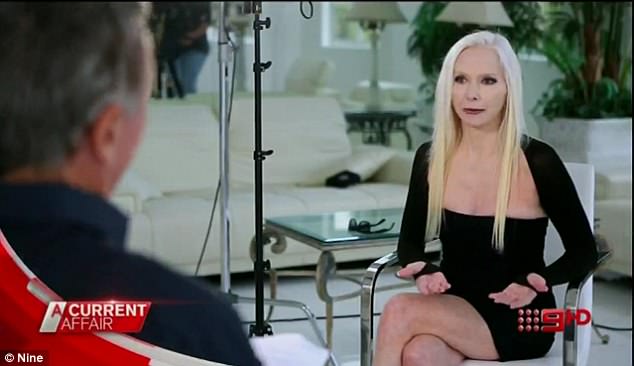 Legal case: Susan told ACA she is suing two Australian media outlets for $100 million for making accusations about her wealth

She said that prior to the 2008 financial crisis, she owned 22 properties in America worth approximately a quarter of a billion dollars.

Susan allegedly owes $4.65 million to the Commonwealth Bank of Australia and $1.5 million in taxes to the IRS in the United States.

During her ACA interview  on Monday night, she addressed abandoning her Sydney waterfront home in 2013.

‘And basically we had negotiated with the bank to pay interest only. For some unknown reason the bank reneged on that and that was the problem.

‘The original debt was for $4 million and even at the foreclosure sale, which was nearly $3.2 million, that paid off nearly all that original debt.

‘However while we sued them, they kept charging us interest. So the majority of the money they alleged is owed is in interest.’

She insisted that no-one was chasing her for money in America, but admitted she does have an issue with IRS, which she is said is being dealt with in the ‘appeals courts’.

Following her interview, Sunday Night reporter Matt Doran, who conducted the interview with Susan back in April, lashed out at the actress on Twitter.

Susan rose to fame after appearing as Kitty Sullivan in the ’70s TV series The Sullivans, on Channel Nine. 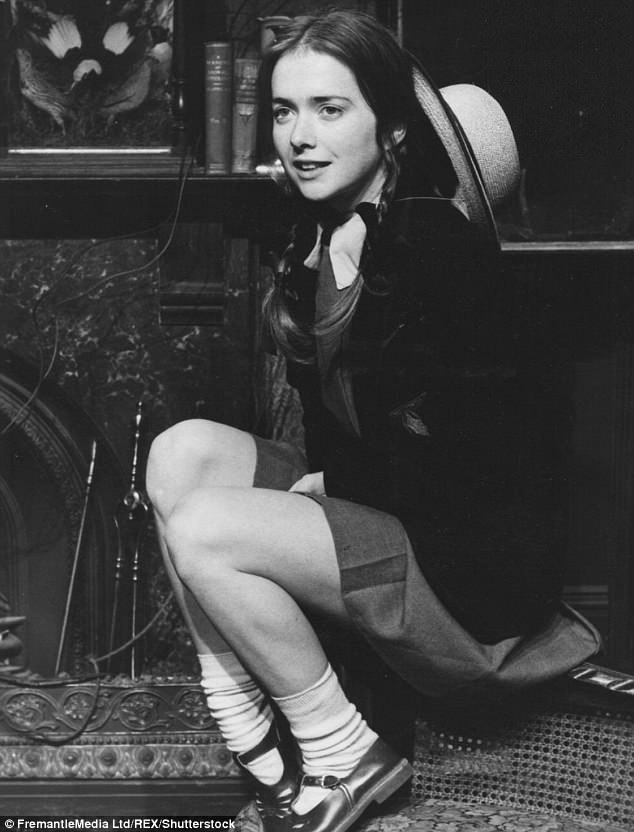 Soap star: Susan rose to fame after appearing as Kitty Sullivan in the ’70s TV series The Sullivans, on Channel Nine