A former Wallaby fullback who helped raise one of the NRL’s fastest rising stars said his family were drawn to the young player’s positivity.

South Sydney Rabbitohs winger Braidon Burns, 22, said he watched his mum struggle with drug addiction as a child while his father bounced in and out of prison.

Speaking in an exclusive interview with The Daily Telegraph, Burns praised the Roebucks for treating him as if he were one of their own.

However, the 54-year-old retired Wallaby says it was the young teenager with a troubled background who left an imprint on his family.

NRL star Braidon Burns (pictured) has opened up about his troubled upbringing which included finding his mother in a car, needle in her arm and near death, after a drug overdose 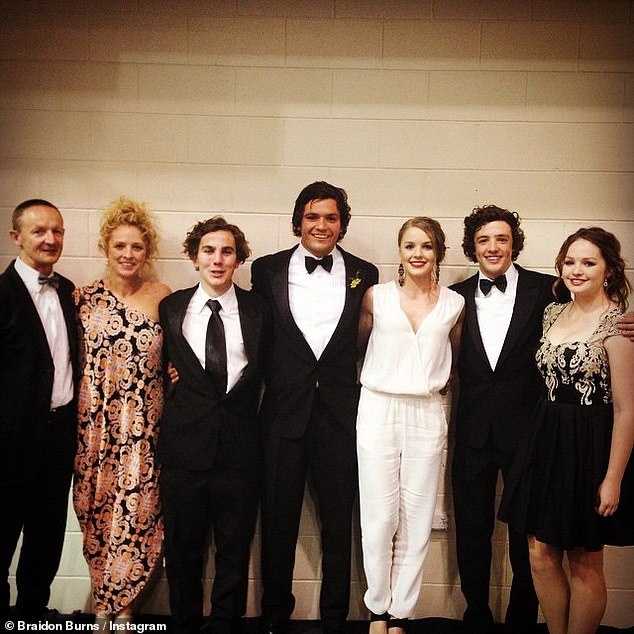 The 22-year-old praised the Roebucks for treating him as if he were one of their own (pictured centre with friends and the Roebuck family, Marty Roebuck far left)= 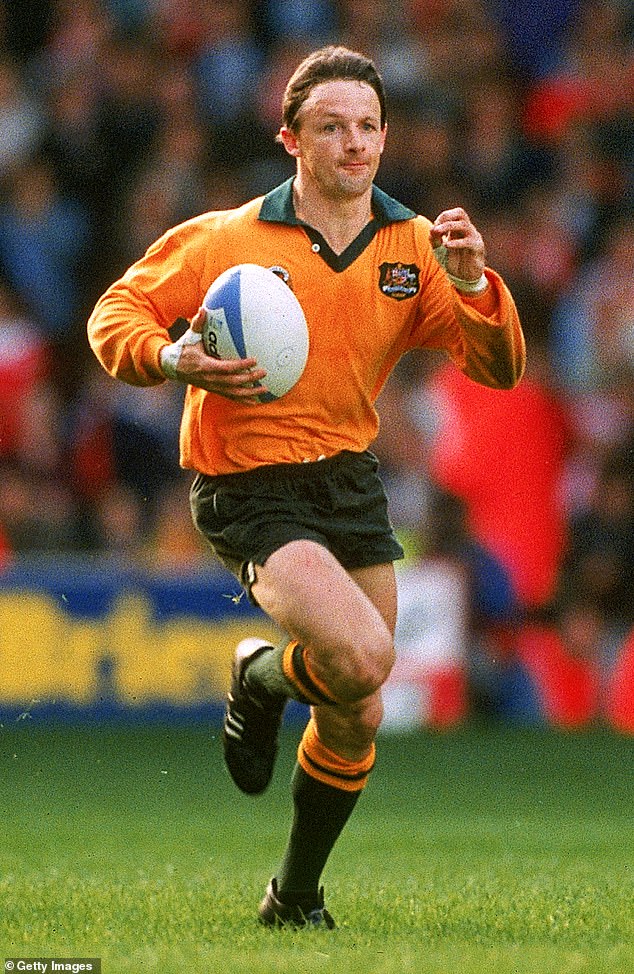 ‘If anything, we were drawn to Braidon. Just his positivity. His energy and belief. We loved being around him,’ Roebuck said.

Burns quickly became close with the family and credits them to opening his eyes to ‘how people live’.

But when asked about the comments Burns made, former Wallaby star Roebuck said it was his family who were pulled towards the young student.

Roebuck said he was always involved in his children’s lives and who they associated with, hoping his children were surrounding themselves with like-minded positive people.

‘That’s certainly Braidon. I’ve always thought he was a great influence on my children. He’s taught them a lot about self-belief. About positivity,’ the 54-year-old said. 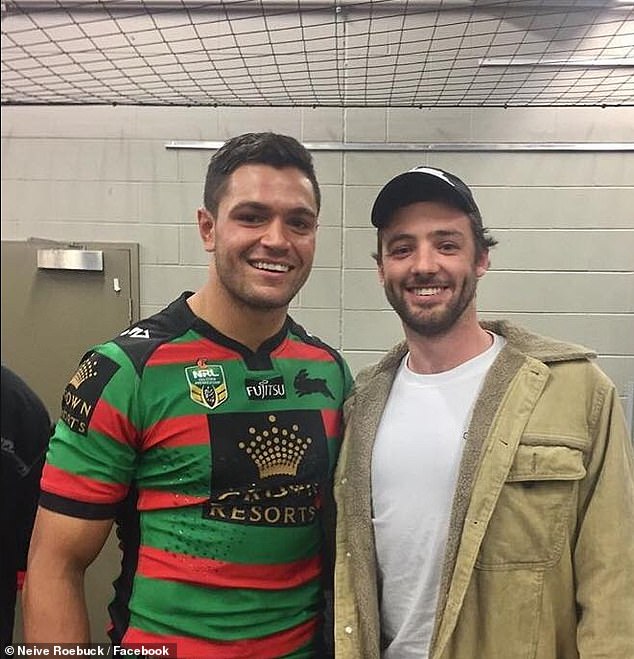 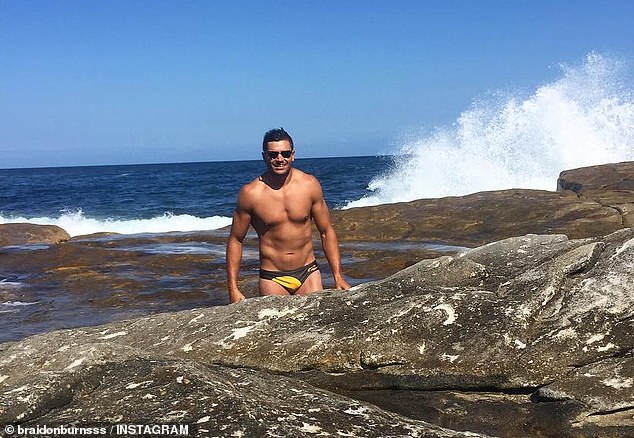 Played his junior rugby league for the Coonamble Bears

Signed deal with Rabbitohs in 2017

With nothing but praise for the up and coming NRL star, Roebuck said his family were always looking for the teenager’s company, not the other way around.

‘Braidon has managed a lot of issues and responsibilities. And to have the focus he does in such an intense environment, it speaks volumes,’ Roebuck said.

Burns spent years watching his mother battled with drug addiction and at one point even found her close to death and had to call the police.

He couldn’t turn to his father for support, as the man spent his time in and out of prison throughout Burns’ childhood.

While his parents had demons to overcome he said he would still always be there to support them in the important ways. 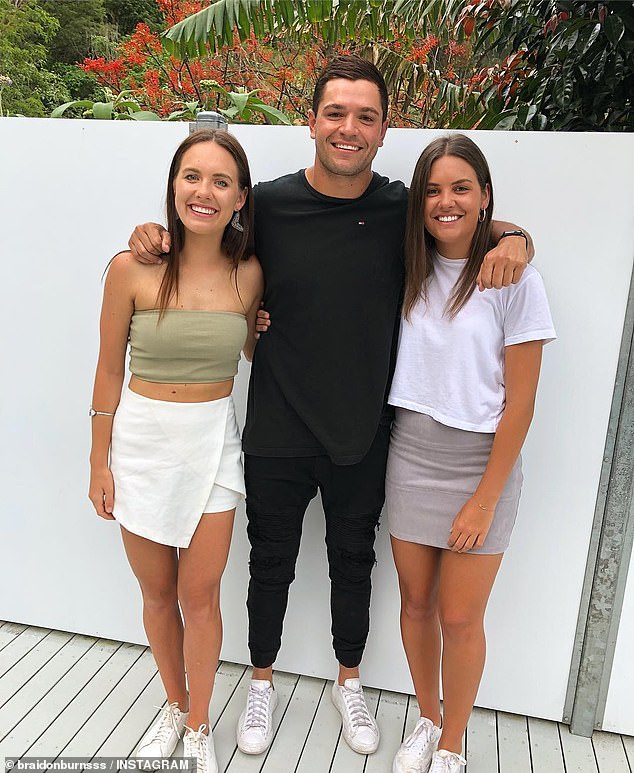 In recent years Burns has used his strength as a drive to help others, to be a strong community leader and one day after football, possibly a police officer.

The Indigenous star is known to use his holidays to visit remote communities to help teach the basics for a happy life including a good diet and a healthy lifestyle.

He already has a relationship with the police by lending a hand and speaking to other young people via Facebook.

Showing wisdom beyond his years the 22-year-old said he would never be able to completely understand what his parents have been through and he just wants the best for them.

He also has a younger brother, Darcy, 15, who he is in the process of becoming the legal guardian for, again showing wisdom and drive beyond his years.

He said he hopes other young people struggling with their home lives can find strength from his story. 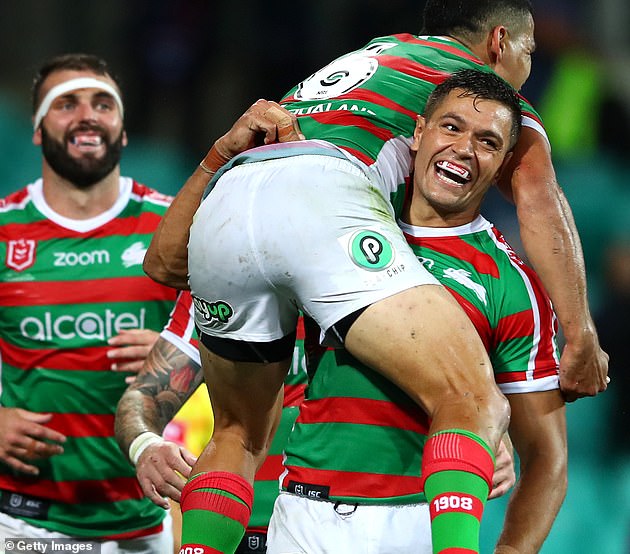 He found his mother, needle hanging from her arm, passed out and near death after a drug overdose when he was just a child