A British Asian player says he was called a terrorist by a team-mate, but felt unable to speak out at the time for fear of being branded a ‘troublemaker’.

Maziar Kouhyar moved with his family to Birmingham as an infant seeking asylum from Afghanistan and signed professionally for Walsall in 2016.

Kouhyar says he holds the club in high regard for giving him a chance in the professional game, but alleges he was subjected to abuse from very early on in his time there.

‘We were just training and one of the lads said something to me about being a terrorist,’ Kouhyar told the PA news agency.

‘I laughed it off, but he said it again. When he said it again, I commented back something like ‘you’re forcing the laughter now’ or ‘you’ve already tried once, don’t try it again’ – just something to make people laugh at him.

‘He didn’t like that. We started pushing each other and the players split us up. A member of staff was there while all this happened, and heard it all and saw it all.

‘So I expected I’d get called into the office maybe after training to see if I was alright, maybe the player would have some sanctions, but it never got mentioned again. 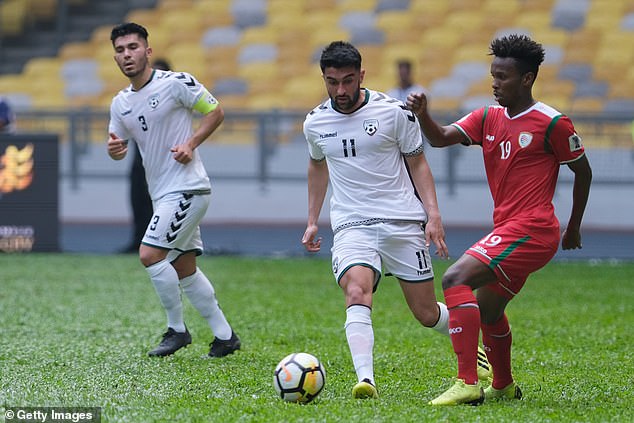 ‘Calling me a terrorist was hurtful to me – my family fled from Afghanistan because of terrorists. Calling me that is a bit close to home.’

Kouhyar’s comments come as a new research from sports and entertainment business Beyond Entertainment and the Football Supporters’ Association is published.

A Savanta survey of more than 2,000 people found only 29.1 per cent believed the football industry was doing enough to bring more British Asian people into the sport at professional level.

Just 13 per cent felt racism towards British Asians was treated seriously enough by the football industry.

Greg Clarke’s comments about South Asians and their ‘career preferences’ – highlighting how many worked in the Football Association’s IT department – caused outrage and he has since resigned as the governing body’s chairman.

Kouhyar, who said Clarke’s comments were ‘outdated’ and hoped they would open the debate over British Asian participation in the game, recalled other comments which were directed at him during his time at the club.

‘We’d go on the bus to Luton, which has got a large Asian community. They (his team-mates) would see an Asian family outside the bus and say ‘ah, look, there’s your auntie’. It’s on a coach so it’s in front of everyone. 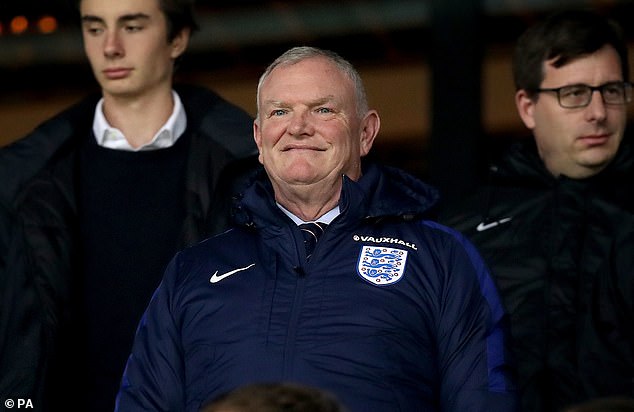 ‘You have to take it on the chin. You don’t want to be the awkward one who can’t take a joke, which was how it got perceived back then.

‘Now, with the Black Lives Matter movement pushing forward that kind of banter wouldn’t happen any more, people understand the implications of it. Back then, they just saw it as a joke, so I had to see it as a joke.

‘I’ve never thought to speak out because I’ve always thought in my head ‘you’re going to be labelled a troublemaker’, but now seeing people like Raheem Sterling speak out about it, it’s given me the confidence to say, ‘if you’ve got a voice, you should tell your story’.’

Walsall said in a statement: ‘As a club we have always prided ourselves on being all inclusive.

‘Should Maz have raised any of his concerns at the time with the hierarchy here at the club, they would have been taken very seriously and dealt with swiftly.

‘We have a zero tolerance policy on discrimination of any kind and would not condone any such behaviour. Even though he has now left the club we would of course like to deal with his concerns if he is able to provide specific detail.

‘He was a valuable member of the club from the age 15 where he progressed through the youth ranks to earn a professional contract before sadly rupturing his anterior cruciate ligament in his knee in April 2019. Despite being out of contract in June, Maz completed his rehabilitation with the club before we parted ways in January 2020.

‘Maz is one of a number of British Asian players who have followed a similar path with Walsall FC in recent years such as Netan Sansara, Malvind Benning and Jordon Sangha.’

Only 10 of the 4,000 professional players in England are from a British Asian background. Kouhyar, who has been without a club since leaving the Saddlers, believes an increase in the number of role models to aspire to could lead to exponential growth.

‘If you’re going to do something you always look at someone else who’s already done it and follow their example, having more Asian players will create a domino effect,’ he said.