Former Washington head athletic trainer Ryan Vermillion has reached a deferral of prosecution agreement with the federal government, stemming from the US Drug Enforcement Administration’s probe into his time with the team.

The DEA investigated Vermillion for possible distribution of prescription drugs and he reached a deal with federal prosecutors to resolve the investigation in a Virginia court on Friday morning, according to The Washington Post.

Vermillion was put on administrative leave with pay due to an ‘ongoing criminal investigation that was unrelated to the team’ last October and has now had his employment terminated.

In a deferral of prosecution agreement, the government grants amnesty in exchange for a defendant agreeing to fulfill certain requirements laid out by a judge.

Vermillion will essentially serve a year of probation, adhering to the terms of the agreement, and then the government will move to dismiss.

The NFL has indefinitely suspended Vermillion from working with any team in the league. He may apply for reinstatement no sooner than one year.

Commanders head coach Ron Rivera issued a statement Friday regarding the agreement and confirmed Vermillion’s contract has been terminated.

‘I was recently made aware that Ryan Vermillion has entered into an agreement, pursuant to which he has admitted to wrongdoing, but not be charged with any crime, so long as he satisfies certain conditions over the next 12 months,’ Commanders Coach Ron Rivera said in a written statement Friday.

‘The situation is unfortunate and although it resulted in no criminal charges, it was necessary to move forward in a different direction. Ryan’s employment has been terminated.

‘I want to emphasize that the U.S. Government confirmed from the outset that it viewed the organization as a witness, and not as a subject or target of the investigation. We cooperated fully with federal investigators, and we will continue to cooperate with any supplemental League and NFLPA inquiry.’

It was also announced that the NFL and NFL Players Association will launch a joint investigation into the Commanders and whether they complied with the NFL’s Prescription Drug Monitoring Program, which the team is said to be complying with.

The Commanders hired Al Bellamy as their new head athletic trainer in April to replace Vermillion. 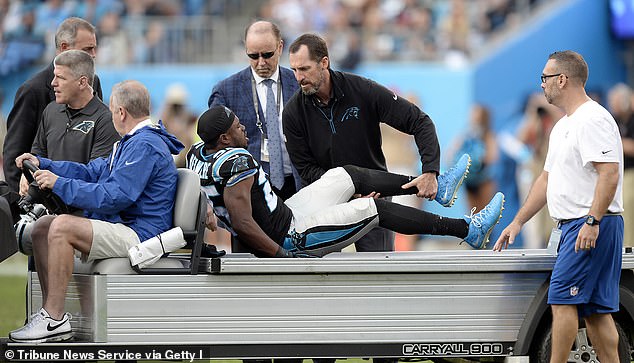 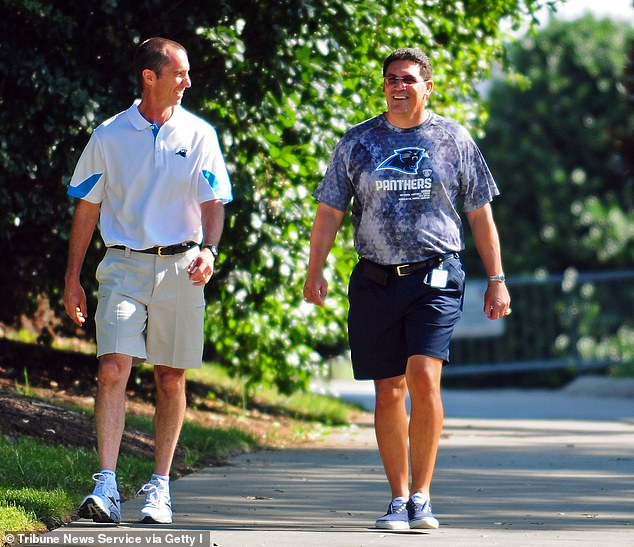 Bellamy spent 13 years with Washington beginning in 1988 and 12 seasons with the Detroit Lions.

Bellamy spent the past nine years as director of athletic training for Temple University athletics. He has a connection to Commanders general manager Martin Mayhew, who was a player with Washington during Bellamy’s first stint, and the two overlapped with Detroit when Mayhew was in the Lions front office.

Bellamy is Washington’s fourth full-time trainer in four years. Longtime trainer Larry Hess, who had been with the team for 17 years, was fired at the end of the 2019 season after president Bruce Allen. Vermillion, who came with Rivera from the Carolina Panthers, was in his second season on the job.