A former White House aide has said that Gordon Sondland, President Donald Trump’s emissary to the European Union, had a message when he met with a top Ukrainian official.

Sondland said vital U.S. military assistance to Ukraine might be freed up if the country´s top prosecutor ‘would go to the mike and announce that he was opening the Burisma investigation,’ a U.S. official told lawmakers.

Burisma is the gas company in Ukraine where Democrat Joe Biden´s son Hunter served on the board. Sondland relayed the exchange moments later to Tim Morrison, then a National Security Council aide.

The fresh details came in a transcript of Morrison’s testimony released on Saturday, in which he recounted that Sondland also told him he was discussing the Ukraine matters directly with Trump. 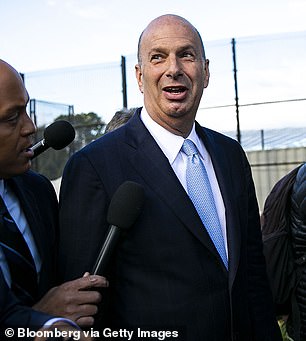 Tim Morrison (left), then a National Security Council aide, testified that Gordon Sondland (right) said that Trump had instructed him to demand a Burisma investigation from Ukraine 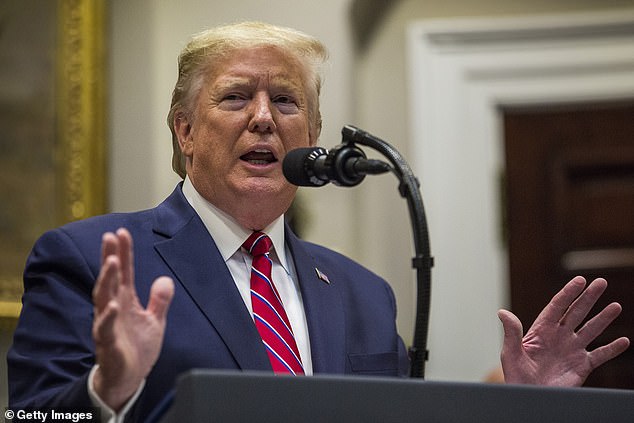 Morrison´s testimony ties Trump more closely to the central charge from Democrats pursuing impeachment: that Trump held up U.S. military aid to Ukraine in exchange for investigations into Democrats and Biden´s family.

Morrison´s testimony also contradicts much of what Sondland told congressional investigators during his own closed-door deposition, which the ambassador later amended.

Both Morrison and Sondland are scheduled to testify publicly next week as part of the historic, high-stakes impeachment proceedings into the nation´s 45th president. Democrats charge that Trump abused his office for personal political gain, while the president and his allies argue that the process is politically motivated and that nothing in the testimony so far meets the bar for impeachment.

Transcripts from the closed-door testimony from Morrison, a longtime Republican defense hawk in Washington, and Jennifer Williams, a special adviser to Vice President Mike Pence on Russia and Europe, were released Saturday as investigators accelerated and deepened the probe. They provided another window into the alarm within the government over Ukraine pressure.

Immediately after the exchange with Sondland during an international gathering in Warsaw, Morrison called his boss, John Bolton, then Trump´s national security adviser.

‘Stay out of it,’ Bolton told him, ‘brief the lawyers.’ 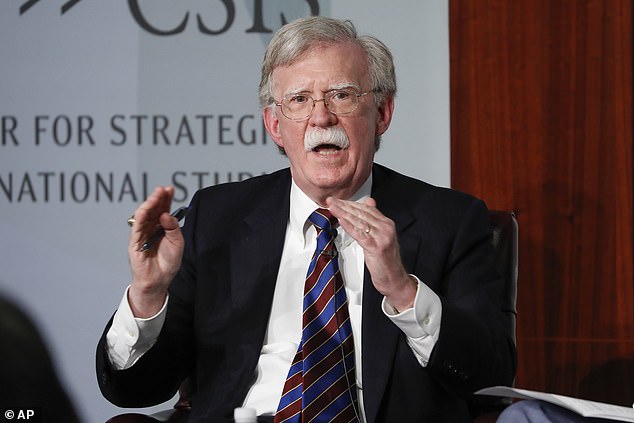 For Morrison, Burisma was a catch-all for a ‘bucket’ of investigations – of Democrats and the family of Joe Biden – that he wanted to ‘stay away from.’ They had nothing to do with ‘the proper policy process that I was involved in on Ukraine,’ he testified.

Morrison said Sondland and Trump had spoken approximately five times between July 15 and Sept. 11 – the weeks that $391 million in U.S. assistance was withheld from Ukraine before it was released.

While some, including Trump himself, have begun to question Sondland´s knowledge of events, Morrison told House investigators the ambassador ‘related to me he was acting – he was discussing these matters with the President.’

Pressed by Rep. Adam Schiff, the Democratic chairman of the Intelligence Committee, which is leading the probe, as to whether Sondland had actually spoken to the president, Morrison said he had verified it each time.

Pence, so far, has been a more unseen figure in the impeachment inquiry, but testimony from Williams raised fresh questions about what Pence knew about Trump´s actions toward Ukraine.

Pence was also at the Warsaw gathering. For the new government of Ukraine, situated between NATO allies and Russia, the security aid Congress had already approved was a lifeline to the West.

Williams was among the staffers in the White House Situation Room who listened and took notes during Trump’s July 25 call when he asked Ukrainian President Volodymyr Zelenskiy for ‘a favor.’ A whistleblower´s complaint about that call helped spark the House impeachment investigation.

Williams testified that Trump’s discussion on the call of specific investigations struck her as ‘unusual and inappropriate’ and seemed to point to ‘other motivations’ for holding up the military aid.

After the call, Williams told investigators, she put the White House´s rough transcript into the vice president’s daily briefing book. 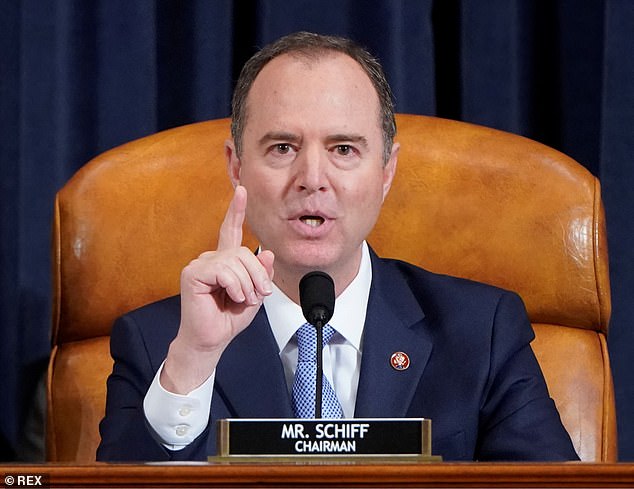 Rep. Adam Schiff, chairman of the House Permanent Select Committee on Intelligence, is leading the impeachment probe. He is seen at Friday’s hearing

Vindman and Williams are scheduled to testify together during a public impeachment hearing on Tuesday morning.

The White House´s decision to put the transcript of the July 25 call on a highly classified server has drawn keen interest throughout the probe. But Morrison said the unusual move was unintentional.

Morrison said he was concerned if the call got out it would be politically damaging. He talked to White House lawyer John Eisenberg and they agreed that access should be restricted, he testified.

But Morrison said Eisenberg later told him that he did not intend for the call summary to be placed on a highly classified server. Eisenberg’s staff apparently put it there by mistake, he said.

As the transcripts were released, impeachment investigators wrapped up a rare Saturday session interviewing Mark Sandy, a little-known career official at the Office of Management and Budget who was involved in key meetings about the aid package.

Sandy´s name had barely come up in previous testimony. But it did on one particular date: July 25, the day of Trump´s call with Zelenskiy. That day, a legal document with Sandy´s signature directed a freeze of the security funds to Ukraine, according to testimony.

Morrison, throughout his account, largely confirmed testimony from current and former officials about what has been described as a shadow diplomacy being run by Trump´s personal lawyer, Rudy Giuliani, often at odds with U.S. national security interests. 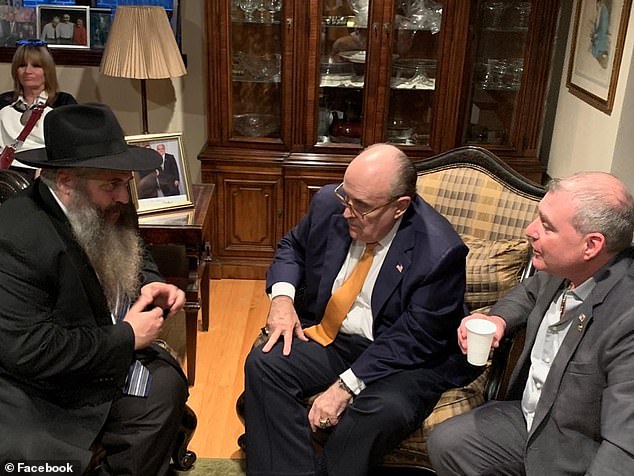 Giuliani (center) is seen meeting with the chief rabbi of Ukraine in November 2018. His ‘shadow diplomacy’ in the country has come under scrutiny

A few days after the Warsaw meeting, Sondland was on the phone Sept. 7 telling Morrison he had just gotten off a call with the president.

Morrison said Sondland related that Trump assured him there were no strings being attached to the military aid for Ukraine.

‘The president told him there was no quid pro quo, but President Zelenskiy must announce the opening of the investigations and he should want to do it,’ Morrison testified.

Morrison had what he called a ‘sinking feeling’ that the aid may not ultimately be released. About that time, three congressional committees said they were opening inquiries into efforts by Trump and Giuliani to investigate the Bidens.

At a Sept. 11 meeting at the White House, Pence and GOP Sen. Rob Portman of Ohio ‘convinced the president that the aid should be disbursed immediately,’ said Morrison, who said he was briefed about the meeting but did not attend it. ‘The case was made to the president that it was the appropriate and prudent thing to do.’