A former X-Factor contestant was found dead with a stab wound to her neck, an inquest heard today.

Ariel Burdett, whose real name was Amy, was found dead at her home in Leeds on November 12.

The 38-year-old was credited with having one of the show’s most memorable auditions when she appeared in front of judges Simon Cowell, Cheryl, Louis Walsh and Dannii Minogue in 2008.

The pre-inquest hearing was told employees of Ms Burdett’s landlord went to her house in Leeds on November 4 after concerns were raised about her welfare.

Ms Burdett did not answer or respond to attempts to contact her and the employees returned to the house eight days later with a locksmith, Wakefield Coroner’s Court heard.

Once inside the property, they found Ms Burdett. Pathologist Dr Lisa Barker issued a preliminary cause of death as an incised wound to the neck.

Friends of the X Factor 2008 contestant left heartfelt tributes on social media, and claimed that she ‘struggled’ before her death.

No family members were present during the brief hearing today, and police told the coroner there were no suspicious circumstances surrounding Ms Burdett’s death. 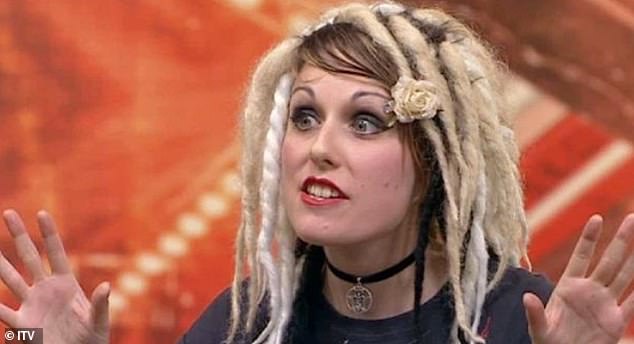 Standing her ground: Ariel made a memorable appearance on The X Factor in 2008 where she described herself as a ‘holistic vocal coach’

Coroner Jonathan Leach adjourned the inquest until a later date, which has not yet been set. 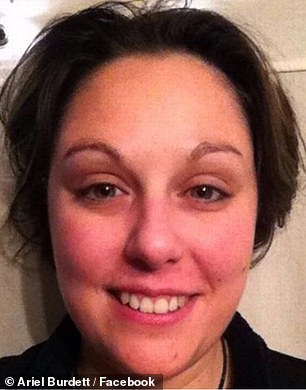 No family members were present during the brief hearing today.

A West Yorkshire Police spokesperson said: ‘On November 12, police were called to an address in the Woodhouse area of Leeds where a woman had been found dead.

‘There were no suspicious circumstances and the Coroner’s Office was informed.’

Speaking to Sun Online Andrew Smalling, 35, who knew Amy from the Chemic Tavern pub, in Wodehouse, Leeds, said: ‘We were shocked when we heard she’d died. She’d struggled with demons for a while.

Andrew added that he believed Ariel wished she hadn’t auditioned for the X Factor in 2008, explaining: ‘I think she regretted appearing on X Factor because she actually a decent musician and it sort of tainted her.’

Ariel is well remembered by fans of The X Factor for her audition in 2008 when she left the judges speechless with her original song.

Her death was announced by a friend on her Facebook page.

On appearing before the judges, she ripped off her label and said she was a ‘human being, not a number’.

She described herself in her audition as a ‘holistic vocal coach’.

After her wild performance, in which she left the judges open-mouthed, Simon Cowell told her: ‘That was a complete and utter nightmare.’ 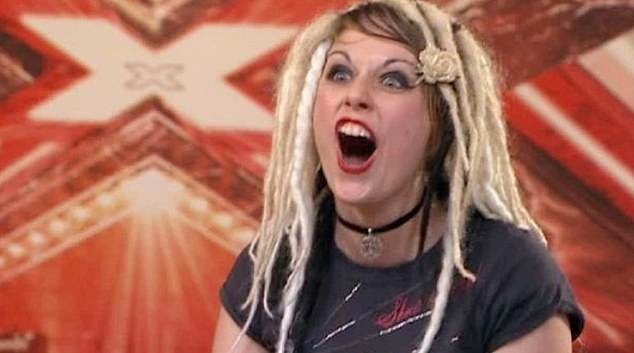 Infamous appearance: Ariel died earlier this month but her cause of death is not yet known

Iconic: Before being escorted out by security, Ariel rounded off her audition by telling the judges to ‘shove a bit of metal right up their a**’ 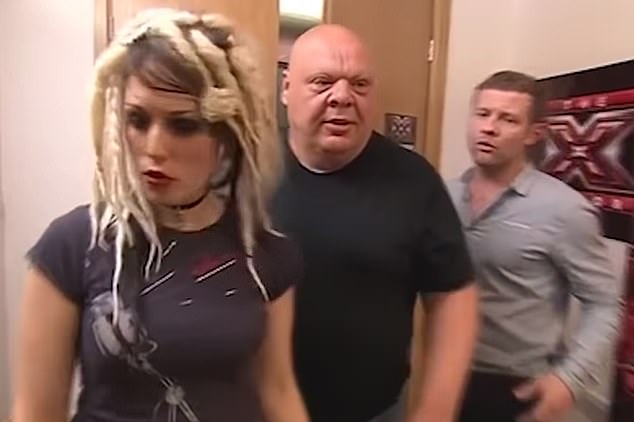 Out: Before being escorted out by security after getting four nos, Ariel told the judges: ‘shove a bit of metal right up your a**’

Ariel then tried to defend herself by saying, ‘the idea behind it was that you get to understand that every line was a different style.

Ariel insisted that she was a ‘specialist, not a generalist’ and that her performance was ‘not something to be liked’ but rather something ‘to be understood from an academic perspective’.

Cheryl, who was also a judge on the show at the time alongside Louis Walsh and Dannii Minogue, added: ‘If I came to you for holistic [coaching] I would be scared of you, you’re actually really quite scary.

‘The way you walked over to me I thought we were going to have a scrap.

But an undeterred Ariel simply replied that Cheryl had ‘never been a rock singer then’.

Before being escorted out by security, Ariel rounded off her audition by telling the judges to ‘shove a bit of metal right up your a**’. 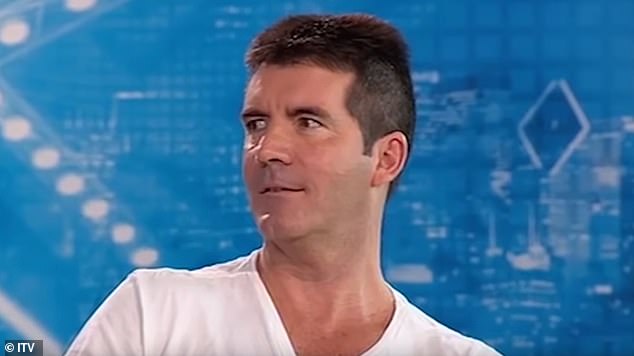 Shocked: Ariel had one of the most infamous auditions in X Factor history and left the judges open-mouthed with her performance (pictured: Simon Cowell during her audition) 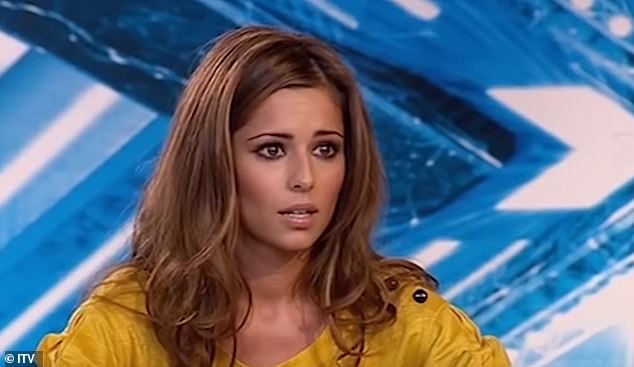 Audition: Ariel described herself as a ‘holistic voice coach’ but Cheryl, then a judge on the show, said she was ‘scared’ of her

Ariel reportedly changed her name to Arabella Starchild after her audition.

In the post announcing her death, friend Reza Bagheri wrote on Monday: Unfortunately Ara has passed away.’

He then advised those who wanted to go to her funeral to get in touch with her brother.

Another post read: ‘It is with great sadness that I post this, as I have only just found out myself. A some time member of the moot, Amy Burdett aka Arabella Starchild passed to the Summerlands earlier this month.’

One tribute to the aspiring singer read: ‘Ariel Burdett is gone. What a loss.’

Another posted: ‘I can’t believe that she died… rest in peace, Ariel Burdett.’ 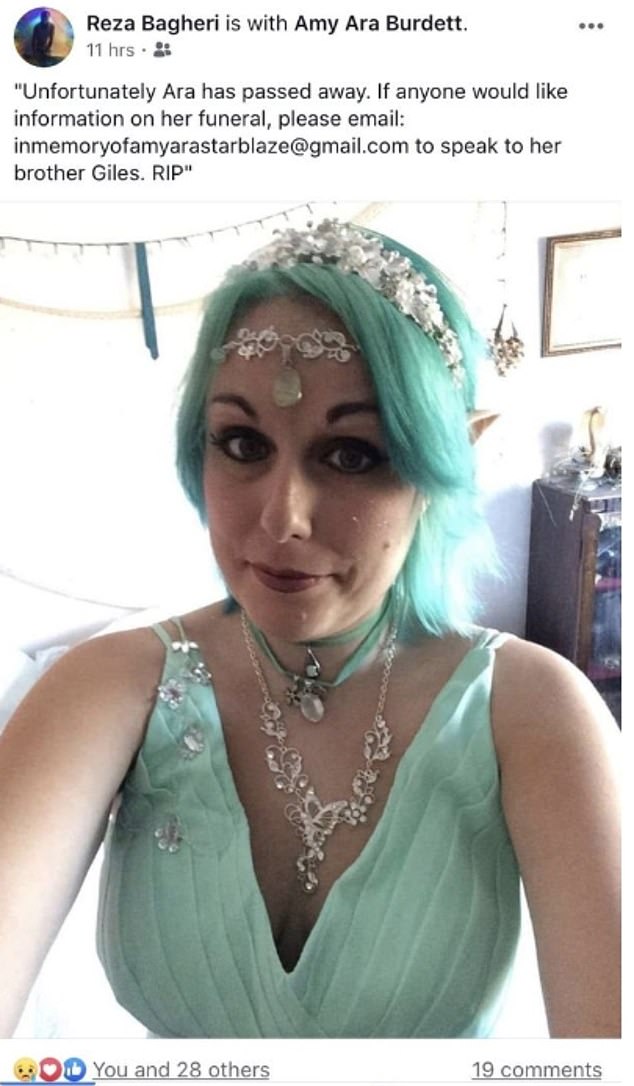 Sad: The aspiring singer’s death was announced by a friend on Facebook