Former New York Yankees star Oscar Gamble, the sweet-swinging slugger known for his voluminous Afro, has passed away at the age of 68.

The cause of death was not reported, but his passing was confirmed by his agent to MLB.com.

Gamble logged 17 Major League seasons, seven of which he spent over two stints with the Yankees. The left-handed pull hitter benefited from Yankee Stadium’s short right-field porch, which helped him to amass 200 career home runs over a somewhat injury-plagued career.

As a member of the Chicago White Sox in 1977, Gamble had his best season amassing 31 home runs (tied for sixth in the American League) while hitting .297 and finishing with a .386 on-base percentage. 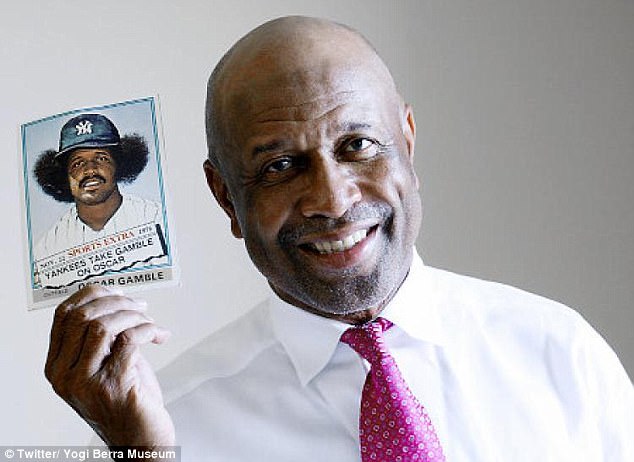 After he retired, Gamble went back to Montgomery, Alabama and served as a player agent

A native of Alabama, Gamble was originally scouted by legendary former Negro League star and baseball historian Buck O’Neil before being drafted by the Chicago Cubs in 1968. Gamble twice finished in the top 10 among American League hitters in slugging percentage.

He also holds the distinction of being traded with LaMarr Hoyt to the White Sox in April of 1977. In the trade, the Yankees received shortstop Bucky Dent, who would go on to hit the infamous home run against the Boston Red Sox that propelled New York to the 1978 American League Championship Series. 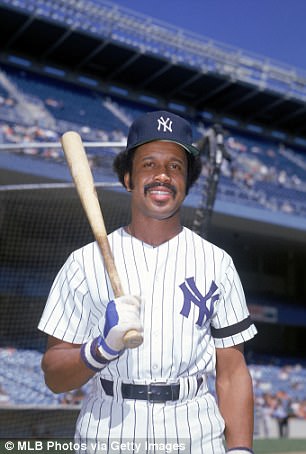 The left-handed Gamble thrived at Yankee Stadium, where he could pull home runs over the short right-field fence

Gamble’s .358 average would have been enough to win a batting title in 1979, but because of injuries, he did not have enough at-bats to qualify.

He was also a member of the 1981 Yankees that reached the midway point of the season in first place before plummeting in the standings and ultimately costing manager Gene Michael his job.

‘It is with great sadness that we learned of the passing of former Yankee Oscar Gamble,’ read a statement from the Yankees. ‘His prodigious power, unique style and joy in wearing pinstripes made him a favorite of fans and of the Steinbrenner family.

‘In recent year,s his appearances at Old-Timers’ Day and work at our Fantasy Camp in Florida delighted those who got to reconnect with his personality and love of the game. Oscar was a treasured member of the Yankees family and will be deeply missed by our entire organization. We offer our deepest condolences to his family, friends and all who knew him.’

Gamble was known for his crouching batting stance, which helped to reduce his strike zone without depriving him of his power.

He was also a favorite of the New York media, including former Yankees shortstop and announcer Phil Rizzuto, who called Gamble ‘The Big O.’

After he retired, Gamble went back to Montgomery, Alabama and served as a baseball player agent. 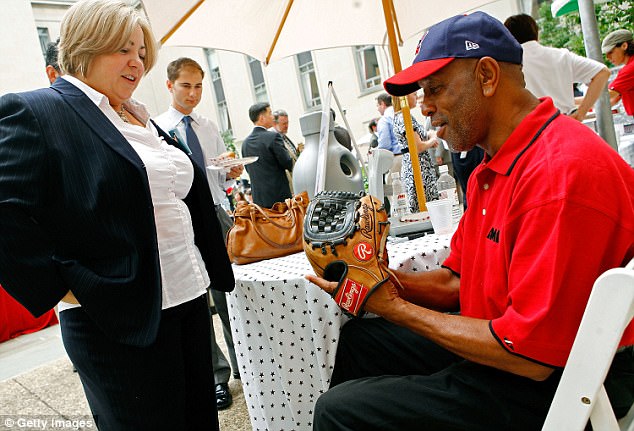