A tight-knit community has been left devastated following the death of a popular surfer.

Father-of-two Ricky Taylor, one of the original Bra Boys, a surfing brotherhood from Maroubra, in Sydney’s east, died earlier this month, aged 43.

Mr Taylor was farewelled at a service on Friday, where more than 600 family and friends came together to pay tribute to the man who had a ‘heart of heart’ and was a ‘loving husband and father’.

His funeral service was followed by a paddle-out involving hundreds of surfers just off Maroubra Beach. 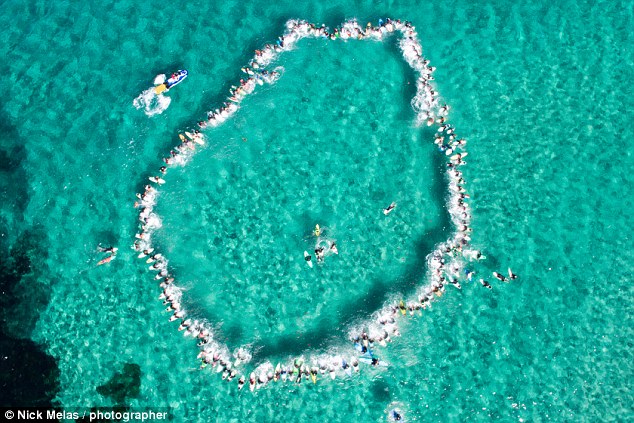 Among the mourners was John Sutton, a star player with Mr Taylor’s beloved South Sydney Rabbitohs.

The NRL side also wore black armbands in their preliminary final against the Sydney Roosters on Saturday, as a tribute to Mr Taylor.

As well as being known for his surfing prowess, Mr Taylor was a top tradesman, keen fisherman and talented bass player.

His wife Ashleigh told Daily Mail Australia Mr Taylor was ‘as real as they get – genuine, kind, driven’ and a doting father to his two boys Kye, 11, and Brixton, 7.

‘He loved them more than anything… and it’s so cliche to say but it was true. He was always planning surf days music concerts and road trips for them. He talked about them non-stop. He was so proud,’ she said.

Mrs Taylor said her best memories with her husband, who she met 14 years ago, ‘are all the ones of him being a dad’, saying parenting with Mr Taylor was always an adventure and he oozed happiness when he was around his two children.

‘Watching Ricky in the surf and performing in bands onstage are also my favourite memories. He was always so content and at ease in the water and playing music,’ she said.

‘He was a very talented surfer, blessed with a natural gift in the water. It was his favourite place to be.’ 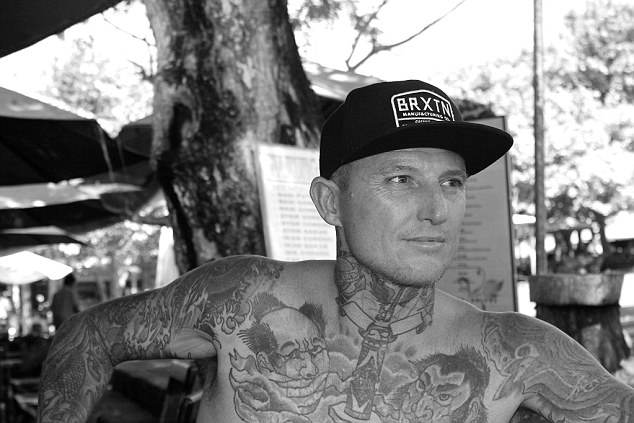 The wife of Mr Taylor (pictured) said he was ‘as real as they get – genuine, kind, driven’ 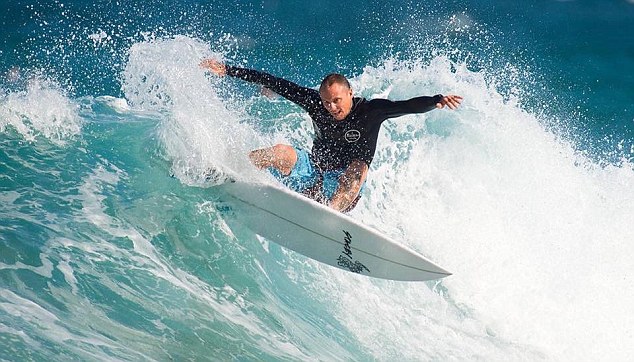 Mrs Taylor said her husband had been part of the Maroubra community his whole life, where he was an ‘an avid surfer and proud Bra Boy’.

‘Ricky’s genuine character and friendship has left an everlasting impact down here. He always stopped to ask how you were, he was always helping out friends when they needed it and mentoring younger grommets in the surf including his own boys,’ she said.

‘His infectious smile will be missed around here as well as his humour and lighthearted approach to life. Ricky did everything with love, integrity and style. He did things his way. And everyone loved that about him.’

A post on the My Brothers Keeper Facebook page said ‘Maroubra has been punched in the chest with the loss of our brother Ricky Taylor’.

A GoFundMe page has been set-up in memory of Mr Taylor, ‘to help Ashley and her boys with Ricky’s funeral cost, and other expenses’, with the page so far raising more than $40,000.

Mrs Taylor said her husband battled depression most of his life and he ‘fought to stay here as long as he could but sometimes the black dog wins’.

‘There are not enough free mental health services readily and easily available. Mental health treatment should not be so hard to find,’ she said.