Four dogs were spotted guarding their dead companion which had been hit and killed by a car last week in north-central China.

A touching video has emerged showing a white dog lying motionlessly in the middle of a road while four other dogs sitting next to it amid cars passing by.

The moment was captured by onlookers and later posted on social media sites.

It’s said that a white dog, said to be a stray, was hit by a car and died on the road shortly.

Four of its companion, believed to be all stray dogs, came to the middle of a busy road and wouldn’t leave the place. 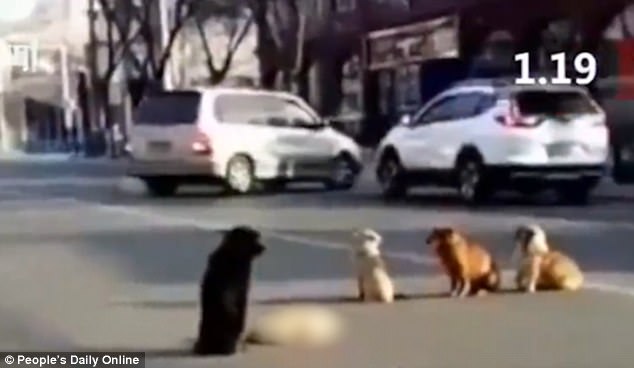 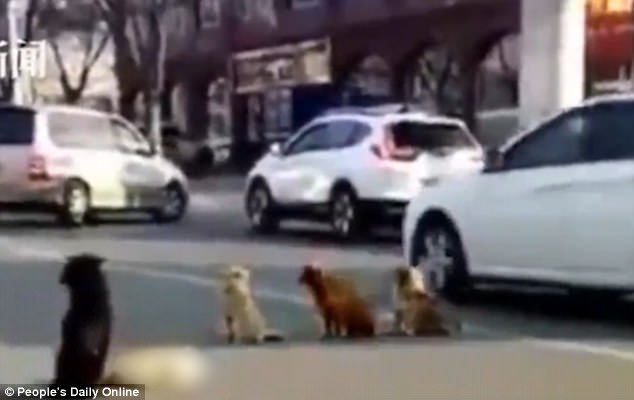 It has touched web users online as they slammed on the hit-and-run driver who left a dog dying on a road.

‘An animal is a life as well, it does not mean you can just leave it in the middle of a road,’ said ‘fupolije’.

‘This shows us exactly how cruel human beings can be,’ commented ‘lengfengsr’.