Four young men who slammed a stolen ute into a restaurant are still on the run after leaving their friend behind.

The teenagers allegedly stole a Toyota Hilux on Saturday night before losing control and slamming into a nearby shop in Hampton, Melbourne.

There were 40 people dining at the restaurant on Thomas St around 9pm when the ute mounted the kerb, ran over a park bench and hit the shop front. 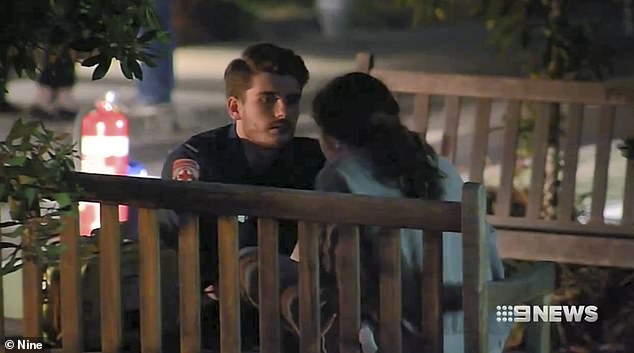 ‘All my customers really panicked from last night..really dangerous. Really happy no one [was] hurt,’ the shop owner told Nine News.

An 18-year-old woman was left behind after the four young men, who allegedly stole the ute sometime between 5pm and 8.45pm, fled the scene.

A man from inside the restaurant held the girl down by her hair while two of the young men punched him and tried to drag her away.

‘They ran away and the girl couldn’t keep up with them so she got caught,’ a witness said.

Another man tried to follow the men in his car but they couldn’t be found.

Police are continuing their investigations and searching for the four men aged in their late teens to early 20s. 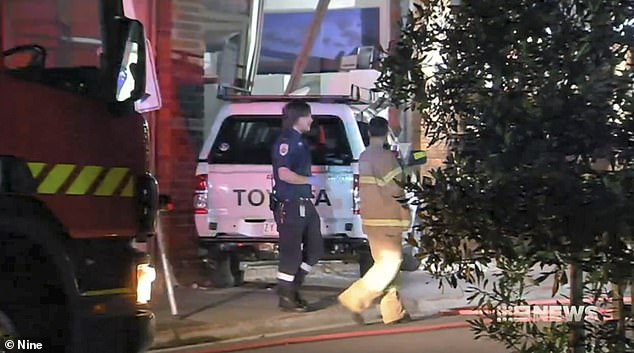